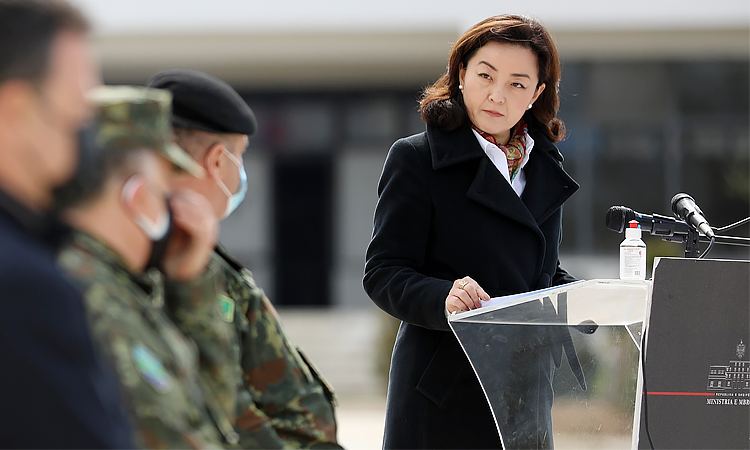 Amateur hour for US diplomacy in Albania

On December 11, Sali Berisha, Albanian Prime Minister and President with two terms, addressed some ten thousand participants in the congress of the Democratic Party jubilant in the main football stadium in Tirana. The political event was novel in many ways: one of them was Mr. Berisha’s direct appeal to U.S. Ambassador Yuri Kim not to be authoritarian like her Soviet counterpart. in the late 1950s, when Albania was part of the Warsaw Pact. . Berisha was quick to add that he has always believed the Moscow-led bloc to be an evil empire while the United States has been a constant beacon of freedom to the world.

Many would be surprised to hear this from a leader who boasted of being the first of his Eastern European peers to formally apply for NATO membership in the early 1990s and achieve this as Prime Minister in 2009. Indeed, he was received as President of Albania in the White House by Presidents George HW Bush and Bill Clinton and he also officially welcomed President George W. Bush in Tirana in 2011.

Berisha has always loudly professed her “Atlanticism” and sided with the United States in the wars in the former Yugoslavia, Iraq and Afghanistan by providing troops; he also received on the orders of the US government refugees that no one else would accept, such as Uyghur extremists in the Guantanamo Bay camp and Iranian resistance fighters hunted down by the despotic Ayatollah regime.

His successor, Edi Rama, of the opposition Socialist Party, who was appointed prime minister after winning the 2013 general election has also done the United States a service by tripling the number of Iranian asylum seekers and recently accepting Afghans working for American entities. Yet he succeeded in doing something unprecedented: he succeeded in silencing the United States Ambassador over his many and serious transgressions involving democracy and the rule of law. He also sometimes made them cover up these transgressions. Rama’s Interior Minister Saimir Tahiri 2013-2017 faces charges of corruption and drug trafficking and has appealed his standing sentences on these charges. He oversaw a massive, unprecedented illegal cannabis cultivation in 2016.

The then US Ambassador Donald Lu, unlike the State and other international reports, has repeatedly praised his wars on drugs. Tahiri was even included in the delegation headed by Rama visiting the White House in April 2016, sitting across from President Barack Obama. When prosecutors finally attacked Tahiri in the fall of 2017, Lu publicly defended him by likening the court case to a communist-era kangaroo court.

His successor Yuri Kim is not doing much better. Kim has repeatedly stated that his priorities will be to promote democracy in Albania and improve defense ties with the United States.

An investigative media report, partly covered by US Embassy media development funding, showed how significant assets from some Albanian Navy bases were donated to property developers close to the government. . This seriously hampered the naval capacity of NATO member Albania. The journalist found serious violations in asset transfer procedures and alleged official corruption as motivation.

The case has come to public attention ever since a naval officer who resisted government orders and was consequently dismissed publicly denounced the scheme and referred the case to the prosecutor’s office and, from his own admission, to the United States Embassy. The unperturbed American ambassador has shown herself excessively in public, exchanging congratulations with politicians who are the report’s main suspects.

On the issue of democracy, Ambassador Kim, along with her European colleagues, negotiated an agreement in 2020 on electoral reform between the government and the opposition. Not easy given the highly polarized politics in the country and no small feat given the serious shortcomings of the past elections. However, the government did not wait for the ink to dry on the deal before unilaterally changing the electoral seat allocation formula to its advantage. With the opposition and European officials crying out scandal, Ambassador Kim was the only one to say the changes of government had not in fact violated the international mediation agreement.

Such biased positions associated with what was considered to be “celebrity-like” attention-seeking behavior had previously drawn criticism of the US Ambassador.

But more was yet to come. On May 19 of this year, US Secretary of State Anthony Blinken approved Mr. Berisha’s public designation as ineligible to enter America on the grounds of corruption. This decision, under the authority of State Department Section 7031 (c), has been widely questioned by many, including members of the US Congress, as Berisha lost power eight years ago; Furthermore, his criticism of the Rama government was often closely linked to various State Department reports.

Ambassador Kim unsuccessfully called on the electoral authority to quash Berisha’s parliamentary term. Then she put pressure on the president of the Democratic Party Lulzim Basha to expel him from the parliamentary group of the party; she even went public with the matter using offensive quotes from longtime Communist leader Enver Hoxha.

When Basha finally granted Kim’s request, Berisha protested and started a series of grassroots party meetings. With Basha unable to secure a single electoral victory during his presidential years, the questionable designation of Washington that many saw as politically motivated and convenient for the heavily corrupt Socialist government as well as Kim’s arrogance bordering on insolence, he It’s no surprise that the Berisha movement has grown exponentially.

Criticism of Kim for asking mainstream media editors not to cover these
encounters spice up emotions. The December DP congress, called by a majority of its members, ousted Basha by an overwhelming majority and appointed a provisional committee including Berisha to lead the party. This was a welcome relief for party supporters and was also interpreted as a serious political backlash for the United States Embassy.

While it may have been unethical for the United States to support its various “motherfuckers” at crucial times in recent history, it certainly served a critical diplomatic and strategic objective during the height of the United States. the Cold War, but it’s rationally inexplicable why America’s diplomats would behave this way in what was until now the most pro-American country in Europe.

While Albanians have historical reasons to be grateful to the United States, current opinion polls show declining support numbers. In my opinion, this is certainly a direct consequence of the proud and inept diplomats who are solely responsible for turning at least half of the body politic and the general public against them. And unfortunately for many of us, also against the country and the symbols of freedom and democracy that they represent.

Lender under investigation for rate cap evasion settles with California