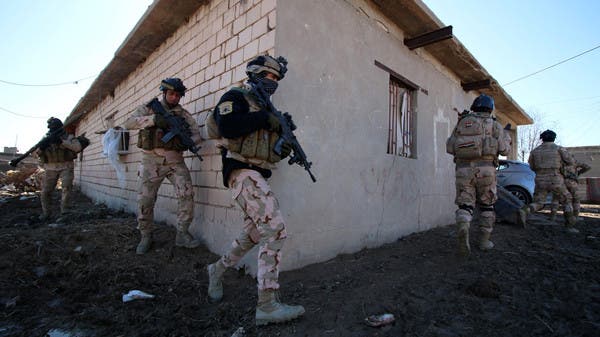 In areas plagued by corruption, lawful behavior is often punished because the police do not work for the people but for the often malicious forces who exercise real power.

Sadly, parts of Iraq are emerging as feudal kingdoms with selective law enforcement designed to protect both the financial and power interests of local officials.

Being from Chicago, I know this situation very well. My town’s past was full of violent gangs “owning” defined territories “protected” from rival factions – “protected” at a cost to the businessman who pays and pays not to be attacked by his protectors.

Usually the regular police participated in the scheme and were paid well to look away or even better paid to participate in “protection” activities.

Protective snowshoes can be very lucrative. Violence awaits those who question the local power gang, and there is no law enforcement neutral or powerful enough to take a complaint seriously.

So the locals with money or a position pay and pay the gangs because there is no alternative. Either they pay to protect themselves from thugs, or they suffer violence from them, often associated with indifference (or even criminal cooperation) from the police.

Iraq is quietly divided into lucrative strongholds where those who wish to prosper or do business must pay. In the North, the Kurds and Masoud Barzani are carrying out their protection rackets. It is more benign, less violent but just as armored and lucrative as the others.

In the West, ISIS continues to exert undue influence and extorts money from anyone seeking to do business there. In the South, Iran exerts its influence through Iranian militias and other official and unofficial structures seeking to shake up businessmen.

One of Iran’s “best earners” (as they are called in the American Mafia) is Asa’ib Ahl al-Haq (AAH). AAH is an Iranian-backed militia that has its origins in Muqtada Al Sadr’s Mahdi Amy.

When Muqtada made an attempt at peace with the formal Iraqi government (as well as the Americans), AAH continued its attacks by separating from Al Sadr. Ironically, Asa’ib Ahl al-Haq translates to the “League of the Righteous”.

As Iran sinks financially, the need for its militias in Iraq to generate their own funds has increased sharply. The League of the Righteous extorts and “protects” its path to financial independence.

Recently, Kuwaiti companies headed by a daughter of the sovereign Sabah IV of Kuwait paid a heavy price on AAH to be able to invest in the new airport complex in Diwaniyah province. It was so open and notorious that in fact it was reported in the newspapers. Better to pay than to be bombarded, rocket launched, or just killed instantly.

In Baghdad, the camps are less obvious. Political parties are deeply involved in protection rackets to control lucrative businesses and investments.

Recently, a prominent Baghdad restaurateur was arrested by security forces with AAH identification papers on him. This was reported by an equally prominent TV channel run by Amir Hakim. Amir Hakim is not from the AAH but is a former leader of the Supreme Islamic Council of Iraq (ISCI) party when it was in power in Iraq a few years ago – a rival AAH party.

Because it was reported that an AAH ID card was found on the man, the Iranian Party Bloc al-Fateh loudly complained that Hakim was using his notoriety in the media. to deliberately target AAH, Iranian interests and Iran’s latest acquisition, the Popular Mobilization Forces (CMP).

In the end, it was necessary to involve a person no less than the President of the Republic. He called for calm and restraint as the two parties were on the verge of an open armed conflict over this issue. Nothing less than his involvement was necessary to avoid the bloodshed.

The result is that foreign investment, already wary of the inconsistency of the ordinary rule of law in Iraq, is completely frightened by this activity. More than a few large foreign transactions have completely collapsed in the South in particular.

AAH’s violent involvement in mainstream business activities in order to raise funds has made it an outcast in southern Iraq. Due to their brutality, they are also feared and, unfortunately, obeyed.

Iraq is twice plagued by its corruption and now its lawless protection rackets. Both scourges are the direct result of a lack of reliable and honest law enforcement coupled with an independent and capable justice system.

Until these deficiencies are corrected, foreign investment will be scarce and internal economic activity will be minimal. Iraq must free itself from these two evils.

_____________________
Michael Patrick Flanagan represented the 5th District of Illinois at the 104th Historic Convention. He has served on the judiciary, government reform and oversight committees and veterans. Prior to his service in Congress, Michael was commissioned in the United States Army Field Artillery. After leaving Congress, Michael and his firm, Flanagan Consulting LLC, represented large and small businesses, organizations and associations. In 2009, Michael took a sabbatical from his lobbying activity and re-entered the public service with the United States Department of State in Iraq as the Senior Rule of Law Advisor in Maysan Provincial Reconstruction Team (PRT) in Maysan, Iraq. For his work, Michael received the Iraqi Courts Man of the Year, the US Army Civil Service Medal and also received the Individual Honorary Award. Michael is currently a consultant in Washington, DC. His email id is [email protected]

Warning:
The opinions expressed by the authors of this section are theirs and do not reflect the views of Al Arabiya English.