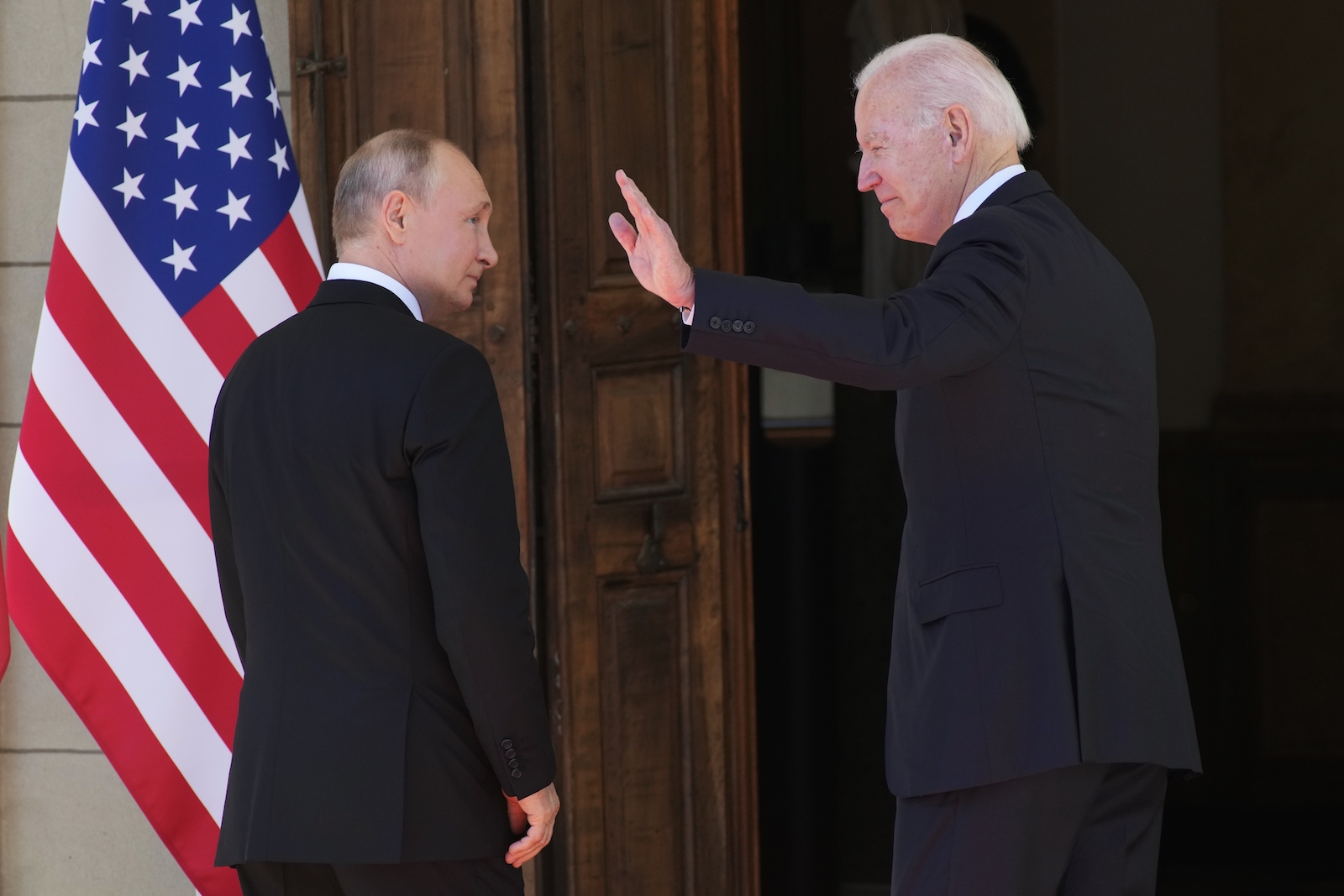 President Biden could bring about dramatic changes on the world stage by aligning the United States with Russia against China. In this scenario, Russia would have the opportunity to rejoin Western civilization, ending a millennial schism.

The Russian-Ukrainian Crisis and the Current American-Russian dialogue on this issue may present an opportunity to reset relations between the two countries and radically change the global distribution of power. Perhaps Biden should aim for detente with Russia and enlist Russian President Vladimir Putin to fend off China, America’s real international challenge.

In some ways, Biden is a veteran of global politics. He focused on foreign relations as a U.S. senator, serving twice as chairman of the Senate Foreign Relations Committee (2001-03 and 2007-09). As vice president, he was active in foreign affairs during the Obama administration and played a key role in shaping US policy in Iraq.

It must be clear to Biden that the US-China rivalry is the defining feature of foreign policy at the time. The rise of China and its aggression against democratic Taiwan will consume a lot of American energy. It would seem desirable to resolve the US-Russian dispute over Eastern Europe, allowing Washington to focus on its main challenge. Of course, a thaw in relations is preferable to a confrontation over Ukraine.

Biden could surprise observers with great “Kissingerian diplomacy” without possessing the intellectual baggage of the former secretary of state. An attempt to separate Russia from China would be similar to that of Richard Nixon trip to china in 1972, which alienated China from Russia and ultimately helped pave the way for American victory in the Cold War. Such a move would create a sea change in the balance of power and could significantly strengthen America’s influence in international affairs.

The post-Cold War position of the United States toward Russia has been problematic. In the 1990s, there was an opportunity to integrate Russia into the Western security architecture. A Russia characterized by a resurgent Christianity and a desire to modernize and integrate into the global economy might have led to integration with the West, or at least eased tensions and gained a valuable ally. But the expansion of NATO and the European Union to the East ignored historical Russian sensitivities and heightened the threat perception of Russian leaders who had lost the Cold War. Moreover, the NATO military exercises in the countries bordering Russia – as understandable as they are – have increased the perception of the threat in Moscow.

Western attempts to politically influence Ukraine, so close to the heart of Russia, and the subsequent imposition of economic sanctions on Russia for its moves in Crimea and Ukraine helped push Russia back. Western pressure on Russia may also have led to the Sino-Russian Partial Entente. The Chinese demographic threat in Siberia and the struggle for Central Asia are set aside to form an anti-American front.

Biden could try a different route: defy standard political correctness by recognizing Crimea as Russian territory and lifting sanctions against Russia. It would be hard to swallow, but the West could accept the “Finlandization” of Ukraine to allay Russia’s fears. Moscow tolerated a democratic Finland in the Russian security orbit during the Cold War.

Moreover, this strategy harbors the potential for Russia’s integration into the West. After all, Russia is culturally part of Western civilization in many ways. Russian literature, music, ballet and Christian heritage are natural links.

Moscow would likely welcome a detente with Washington over its embrace of Beijing. Alignment with China preserves a subordinate role for Russia in the emerging international system. By contrast, switching sides could signal Russia’s centrality and prowess in world affairs.

Biden can benefit enormously from an alliance with Russia to counter China’s totalitarian and expansionist impulses. In December, Biden sign a defense budget authorizing $768.2 billion in spending, pushing to modernize the military amid intensifying competition with China. The bill includes $7.1 billion for the Pacific Deterrence Initiative and a statement of congress support for the defense of Taiwan, measures clearly intended to thwart China’s influence in the region.

Significantly, Biden invited Taiwan to the summit for democracythere at the beginning of December. He said America has “commitmentto defend Taiwan in October, and said the island is “independent.” Each time, administration officials have been quick to clarify that there has been no change in US policy, creating ambiguity, but the US appears poised to offer Taiwan an umbrella. military. Japan already moved in that direction.

Biden could secure the support of European allies, notably in Germany, for a rapprochement with Russia. Many Europeans prefer that the United States bear the bulk of their defense burden, while being careful not to antagonize Russia.

Biden would need visible benefits to market any big deal with Russia to Congress and the American people. Moreover, it remains to be seen whether he can overcome anti-Russian sentiment in his own party, the defense establishment and Congress.

The big question, of course, is whether there would be a Russian quid pro quo for a change in American policy. Would Russia be ready to end its de facto alliance with China? Would Moscow be prepared to give up its intimate relationship with the radical Iranian regime to become an ally of the United States in the fight against nuclear proliferation and militant Islam? Would Putin be content with a smaller Syria led by President Bashar al-Assad without Iranian influence and Hezbollah?

And would Russia be flexible enough to end its territorial dispute with Japan on the Kuril Islands to reinforce the anti-Chinese realignment? Would Putin make a historic bet and align himself with the West, like Peter the Great did?

No clear answers to these questions are available, but a reversal of US policy toward Russia might be worth investigating. If America is interested in maintaining its global dominance, it will be partly the result of its ability to rally old friends and old foes.

Professor Efraim Inbar is President of the Jerusalem Institute for Strategy and Security (JISS).