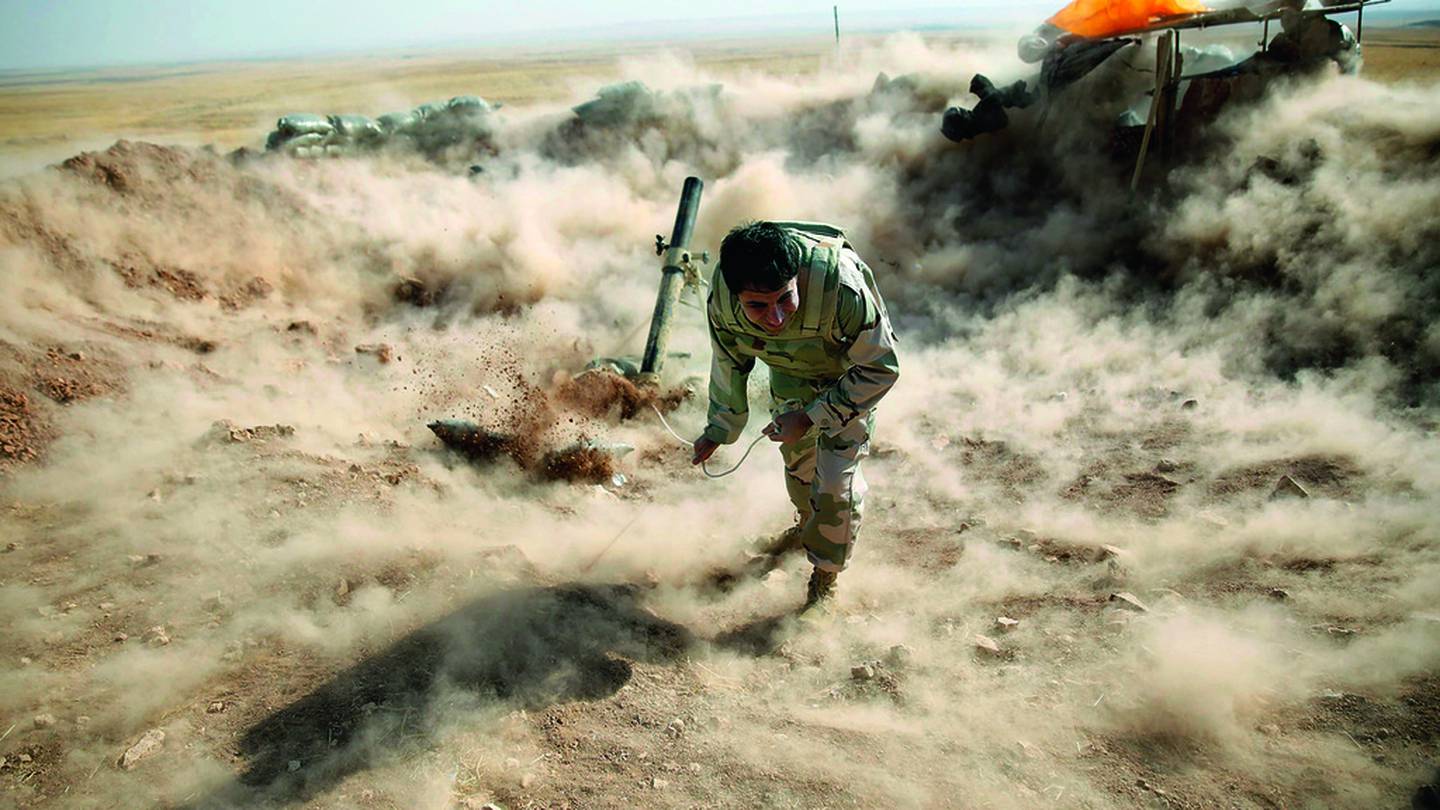 Brett McGurk, the US coordinator for the Middle East and North Africa, concluded a two-day visit to Iraq on Monday in which he praised the “enormous progress” made by Iraqi security forces and the Peshmerga in the fight against ISIS.

Baghdad and the Pentagon announced last week the long-anticipated end of the US combat role in Iraq. Approximately 2,500 US troops will remain in Iraq for training and advice.

Mr. McGurk “confirmed the president [Joe] Biden’s commitment to the results of the strategic dialogue with the Iraqi government, stressing that there are no longer US forces serving in a combat role in Iraq, “the White House said.

“This transition was made possible thanks to the considerable progress made by the Iraqi security forces, including the Peshmerga, in leading the fight against ISIS,” he added.

When ISIS rampaged over large areas of Iraq in 2014, the ISF collapsed, abandoning its bases and military equipment. Later that year, a US-led coalition intervened to repel the advance of the extremists.

In Erbil, Mr. McGurk was accompanied by the US Ambassador to Iraq Matthew Tueller and met the President of the Iraqi Kurdistan Region Nechirvan Barzani and other Kurdish officials.

McGurk said US coalition forces remaining in Iraq would be present at the invitation of the Iraqi government.

The Pentagon confirmed last week that the change in US role still grants its military the right to self-defense.

“We have to assume that threats against US forces remain credible in Iraq,” Pentagon spokesman John Kirby said.

â€œWe still have the right, the authority and the ability to defend our troops, to defend our resources. No matter where we are, that doesn’t change.

Mr KIrby said the transition has been a long one.

US troops “have been preparing for offensive combat operations against ISIS for some time,” he said.

â€œThe vast majority of what they’ve been doing for some time now is counseling, assisting and training.

Indeed, approximately 2,500 US troops and 1,000 other coalition soldiers stationed in Iraq will remain there, as they have been acting as advisers and trainers since mid-2020.

ISIS established a self-proclaimed caliphate in large areas of Syria and Iraq starting in 2014.

He was defeated in Iraq in 2017 after offensives by Iraqi forces, with support from the coalition that included more than 80 countries, including Britain, France and several Arab countries.

Even though Iraq declared victory against ISIS in December 2017, the remnants of the group are still carrying out attacks on security forces and civilians and have killed several Kurdish fighters in northern Iraq in recent weeks. .