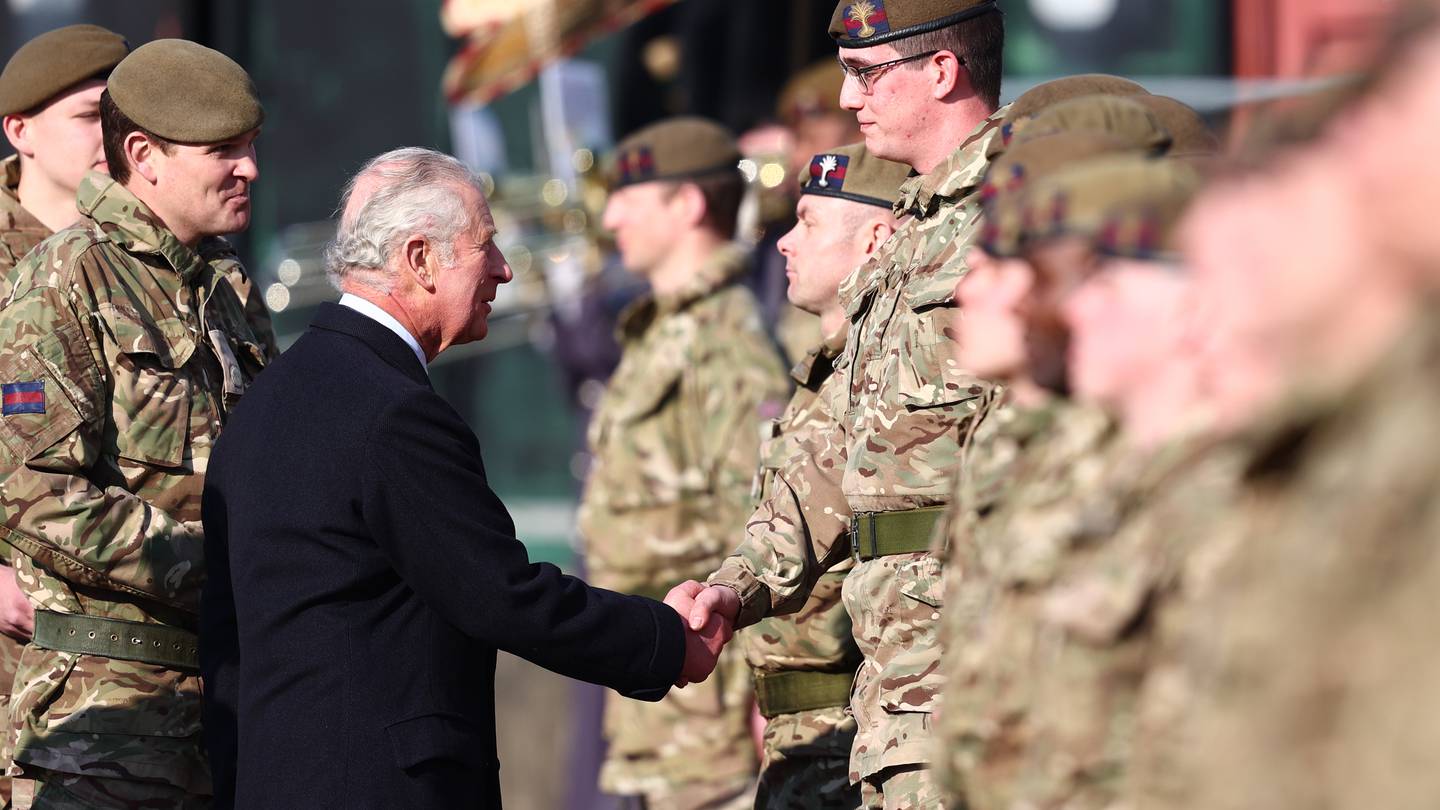 Prince Charles presented medals to British troops who were used in a mission targeting the ISIS terror group in Iraq.

A soldier who learned he was to become a father just before leaving for Iraq was among those recognized for their service.

Prince Charles, who has been a colonel in the Welsh Guards since 1975, presented Operation Shader medals to the Prince of Wales Company at Combermere Barracks in Windsor on Tuesday.

Charles watched around 75 members of the Prince of Wales Company march past after presenting medals to around 25 soldiers.

Guard Salmon said the Prince of Wales seemed genuinely interested in the mission: “It was an honor to receive a medal from him. My father received a medal from the Falklands War just under 40 years ago .

“It was poignant for me and my family that this happened.”

The soldier was joined at the ceremony by his parents, partner and six-week-old baby girl.

Guard Salmon said he only found out his partner was pregnant when he was isolated before his trip to Iraq.

“I discovered it on the first day of isolation, just before I got on the plane,” he said. “She called me to tell me the news.

He said he did not see his partner until he returned to the UK four and a half months later.

Lance Sergeant Ugochukwu Okeke, 39, from Nigeria, also received a medal from Prince Charles and said his time in Iraq was “really good, I enjoyed every moment of it”.

His wife joined him at the ceremony and he paid tribute to loved ones at home.

“They do the hard work because they are the ones left to hold the fort and take care of the family,” he said. “I think it’s them, they’re the heroes in this.”

Members of the 1st Battalion Welsh Guards, including the Prince of Wales Company, were deployed on Operation Shader 13 in Iraq, Kuwait and Cyprus between June and December last year.

Operation Shader is the British commitment to pursuing the defeat of Daesh throughout the Middle East.

The Prince of Wales Company was sent to Erbil in the northern region of Iraq, Kurdistan.

They undertook tactical vehicle patrols in the region, working to provide security and protection to multinational partners as they conducted a defense engagement with Iraqi partners.

In Baghdad, Kuwait and Cyprus, members of the battalion worked with coalition partners in various roles to ensure the successful defeat of ISIS.

Many members of the battalion were deployed for six months, returning home for a two-week rest and recuperation period midway through their tour.

When they returned in December 2021, they were welcomed by their families and spent Christmas at their homes in Wales and Windsor.

A few days after the parade, the Prince of Wales Company deploys to Kenya for a six-week exercise.

The Welsh Guards will be involved in Operation Shader until June 2022.

Why 2005 was a major turning point in the 21st century