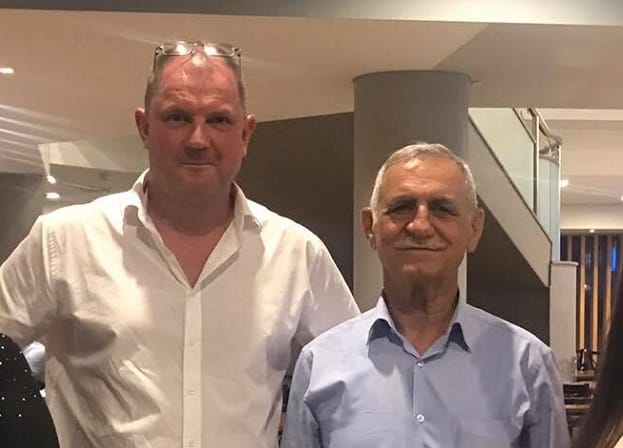 In the early hours of August 2, 1990, a British Airways flight carrying 367 passengers landed in Kuwait during an invasion by Iraqi forces.

Passengers and crew were taken hostage by Iraqi soldiers to use them as human shields against American intervention, some, including Broadstairs man Barry Manners, spent four and a half months in captivity, believing that they were going to die.

For three decades, the British government did not disclose that the Foreign Office was warned that the invasion was underway until BA flight 149 landed in the city to refuel.

Today, as the Foreign, Commonwealth and Development Office (FCDO) releases files covering the events at the National Archives, Foreign Secretary Liz Truss apologized that the warning was never disclosed or publicly acknowledged .

In a written statement, she said: â€œThese records show that the existence of the appeal has not been disclosed to Parliament and the public. This failure was unacceptable.

“As the current Secretary of State, I apologize to the House for this, and I extend my deepest sympathy to those who have been detained and abused.”

Mr Manners called the minister’s statement a false excuse “the dog ate my homework”, comparing the captivity of people on the plane to a “clerical error”.

The minister’s denial that the passenger flight, full of people traveling to Kuala Lumpur for vacation, was also used to transport a special forces squad to Kuwait was also called a “lie” by Mr Manners.

The 54-year-old retired real estate agency owner said there was evidence the military task force was on board Flight 149, including that he and other passengers were on board. were seen boarding after the flight’s take-off was delayed by two hours.

He also says the minister’s claim that British Airways was not informed of the invasion is “false” and that the British attachÃ© in Kuwait informed the airline. The allegations are also made by author Stephen Davies in his book Operation Trojan Horse, which uses survivor counts and high-level information to claim that the theft was used for a “deniable” intelligence operation to infiltrate the military group in Kuwait.

Mr Manners was 24 when he boarded flight BA 149 with his partner, whom he was caring for at the time due to illness. The couple were heading for a vacation in Kuala Lumpur where their friend’s family lived.

He said: â€œEight British servicemen boarded the flight. It was about two hours after we were due to take off, but we got delayed. You could tell they were soldiers. It was a special forces operation in the 11th hour, the government was aware of the invasion at that time.

Tony Paice, the defense attachÃ© and MI6 officer in Kuwait, broke the official secrets law by claiming that he informed British Airways of the situation in Kuwait, although BA and the government continue to claim that ‘they weren’t aware of it.

â€œThis apology from the government tries to pretend it was some sort of misunderstanding, but I think they just thought they would get away with it and didn’t expect the Iraqi advance to be so fast, the Kuwait was taken in just five hours.

â€œThe excuses we hear are absurd. “

His friend, who was Malaysian, managed to escape by disguising himself as a housekeeper.

Mr Manners said: â€œI was taken to Baghdad and then to northern Iraq as a human shield. We were there to be executed if the Americans invaded, bombed or shot. They even told us in what order we would be executed. I was the first because I had upset them several times and called one of them a **** and told them what I thought of them and their president. I was 24 … “

Mr Manners and some of the other hostages have been held at a dam site and he says the dam’s engineering director, Mr Roel, has tried to make things “as human as possible”.

He said, â€œHe gave us better food than we would have had if it had been left with the guards. The bread contained weevils, it was like Rice Krispies, they literally cracked and burst like dust from space. I was obsessed with food and would pick up all the leftovers and go into the kitchen at night to take and collect food. I was convinced they would stop feeding us. I got caught and got a beating.

â€œThere was nothing else to do but lie down in his bunk and listen to the sound of the roadblock. It was cold in winter but in summer it was 45 degrees. He was lying there thinking about England, as John McCarthy said about his detention in Lebanon.

â€œWe thought we would be executed or bombed. You just accepted that it could be that and you got used to living with it.

Mr. Manners was among the last of the hostages finally freed on December 10, 1990. At the airport, oddly, the duty-free shop was open, “perhaps to make life in Kuwait look normal,” Mr. Manners.

He stole a bottle of whiskey: “What were they going to do, kick me out?”

He drank the whiskey on the plane back to Paris where he lived with his partner.

He said: â€œThe next day I took the dog out, but it took a few years to get back to normalcy. I could barely get on a crowded bus, felt like I was in a goldfish bowl where it didn’t feel real.

Mr Manners did not receive the compensation offered by the United Nations due to the amount of paperwork and documents that had to be submitted, including his birth certificate and adoption papers which he did not have .

â€œThere was nothing,â€ he said.

He looked after his friend until their death in 1992 and eventually became a vacation representative before opening his business in London.

Mr Manners, who retired to Broadstairs just under three years ago, is still in contact with the dam engineer who fled persecution after the fall of Saddam Hussein and now lives in Australia with his family. .

Mr Manners said: “He was considered a sidekick of Saddam, but he was a million miles away.”

He added: â€œThe statement expresses deep sympathy for those caught up in the invasion, but what human shields want is the truth. My book Operation Trojan Horse describes in detail the secret mission to bring a team of military agents into Kuwait on BA149. It is a shame that the government has chosen to repeat its 2007 â€œno denialâ€ refusal of the mission. I have 16 named and anonymous sources confirming that there was a secret mission on BA149.

Minister Liz Truss said: â€œThe government has always condemned the Iraqi invasion of Kuwait, the suffering that followed and the mistreatment of those aboard the BA149. The responsibility for these events and for the ill-treatment inflicted on these passengers and crew rests entirely with the Government of Iraq at the time.

â€œThere was speculation at the time and since then the flight has been used to transport members of the British special forces. The files are consistent with the statement by the then Minister for Europe in April 2007 that “the government of the day made no attempt to exploit the theft by any means whatsoever.”