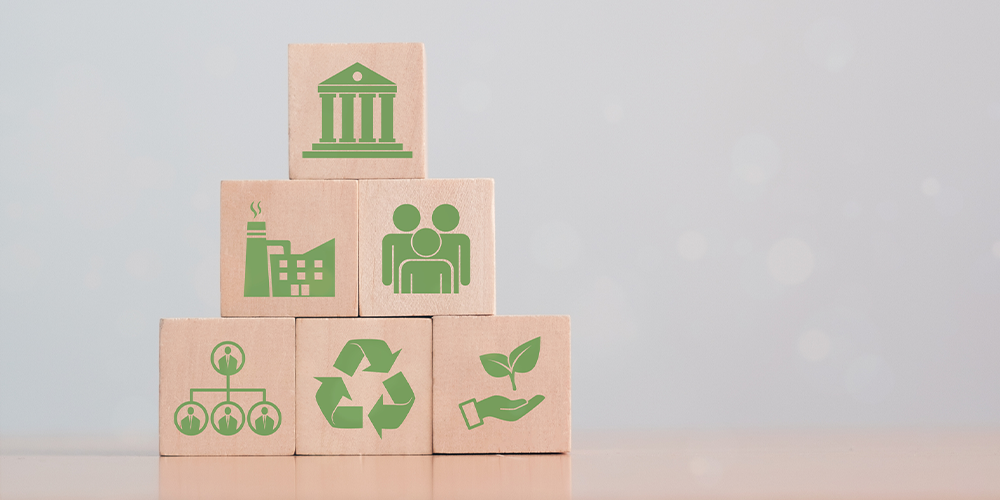 The response to climate change is often hampered by a lack of public information. For many, the issues are too abstract or vague, contrasting with the tangibility of a global pandemic. Increasingly, however, environmental developments and advances in research have clearly illustrated the ability of climate change to affect the lives of billions of people.

At the Central Bank of Iraq, we believe that central banks are essential in the fight against climate change. While it is difficult for central banks to integrate climate change risks into their analysis and modeling frameworks, they can still play a role in taking action, studying the impacts of climate change and encouraging the transition towards net zero. It can do all of this while maintaining a functioning financial system and managing inflation, interest rates, growth, prudential policy, and behavioral incentives.

Climate-related risks pose particular challenges for central banks. The first problem is that of the reliability of information on the green transition. Second, the real dangers of climate change and a disruptive green transition may not be linear and manifest in the medium to long term. Third, the future of environmental change and action is difficult to predict and highly dependent on political events.

Despite this, central banks have various means to mitigate climate-related risks. They can scale down polluting businesses and support new businesses that aim to reduce their carbon footprint through funding channels. They can help trigger wider reform – central banks can restrict the ability of commercial banks to provide finance to companies that have high carbon footprints while providing low-interest loans to green energy projects and renewable. In this context, the focus is now on macroprudential management and guidelines, administrative assumptions and stress tests.

By adopting a greener monetary policy, the Central Bank of Iraq is deeply concerned about the impact that climate change will have on the Iraqi economy. After dramatic weather events – with temperatures hitting record highs of over 50 degrees – Iraq experienced parched land and a lack of clean water from both the Tigris and Euphrates rivers and groundwater. We estimate that these trends could cause Iraq’s real gross domestic product to decline by 4%, regardless of any increase in GDP levels caused by higher oil prices.

The central bank operates in one of the world’s major oil-exporting countries and relies heavily on crude oil revenues, which constitute more than 95% of Iraq’s fiscal budget and around 60% of its GDP. Yet the significant risks posed by climate change have prompted the central bank to take urgent action. For example, we are currently offering 1 ton of Iraqi dinars ($690 million) in low-interest, short-term loans for water, green energy, and renewable energy projects. These loans will be granted through local banks. Additionally, we work with local government partners to raise awareness of the economic impacts of climate-related hazards on the Iraqi population. Our hope is that by taking such an approach, we can avoid accelerating the severity of climate risks and work with government, media and private organizations to achieve needed cultural change.

Mazen Sabah Ahmed is Managing Director of the Central Bank of Iraq.

Will the war in Ukraine change the international order?