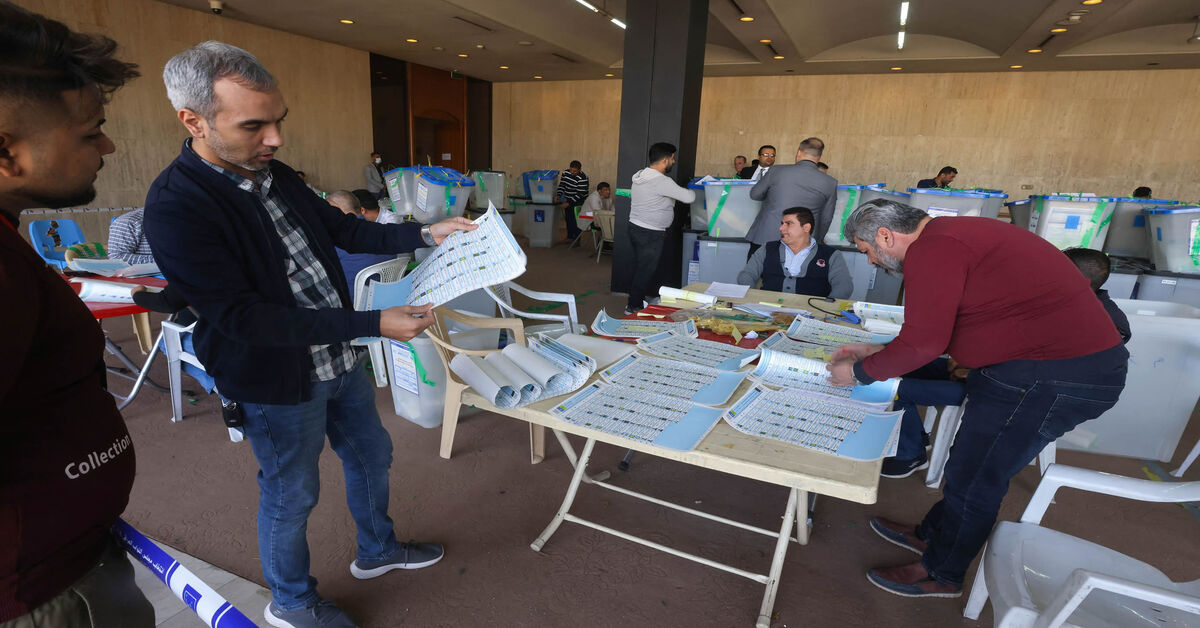 The two Federal Court decisions, issued on the same day, dismiss a lawsuit Canceling the October elections and certifying their results unchanged ended a prolonged and bitter legal struggle over the results, paving the way for a political struggle over the formation of the next government.

Certification means that the constitutional clock starts ticking and deadlines must be met: within 15 days of certification, the new parliament must meet and elect its president. The largest block must be recorded in the same session. Within 30 days of this parliamentary session, parliament is expected to elect a new president who will task the largest bloc with forming the government.

Already President Barham Salih gave an order December 30 to form the first session of parliament on January 9, according to the constitution schedule.

The Shittes have already started negotiations on the formation of the next government. The last meeting took place on December 29, when leaders of the Coordination Framework headed by Hadi al-Amiri met with Muqtada al-Sadr at his home in Najaf.

The meeting did not result in an agreement, but it is the beginning of the process.

The Shiite scene is split into two competing approaches: one is that of the Coordination Framework, a loose alliance of pro-Iranian militias and Shiite Islamist parties minus the Sadrists; the other by the Sadrists.

The cadre insists on a “national unity” government based on a large Shiite ruling alliance comprising the Sadrists with no chance of renewal for the current prime minister, Mustafa al-Kadhimi. Having seen their influence seriously questioned during Kadhimi’s tenure, the pro-Iranian militias are the most adamant on this point.

The Sadrists, however, persist in their demand for a majority government led by a small Shiite alliance which favorably contemplates a second post of prime minister for Kadhimi. But Kadhimi’s political fate is only a point of friction between the two groups. The biggest point of difference is the fate of the militias. After suffering a crushing electoral defeat, the militias fear being dismantled as Sadr has promised. Being included in the new government can increase their chances of survival. A third major difference is the Sadrists’ firm refusal to deal with or ally with the Coalition for the Rule of Law of Nouri al-Maliki, the sole and first winner of the coordination framework with 33 seats.

United by their fear of a government dominated by Sadrists which forces them to join the parliamentary opposition where their current network of state patronage is broken, the different factions of the Coordination Framework remain united. But this fragile unity may not last long. Conflicting interests will eventually separate them. Sadr’s recent and much anticipated meeting in Najaf with the leaders of the cadre was clearly a failure. There was no joint statement or press conference following the meeting.

A trait of Iraqi politicians who avoid declaring failure, Amiri, leader of the Fatah Alliance, representing the Coordination Framework at the meeting, used diplomatic and general language to describe the outcome of the meeting, by qualifying it as “positive, responsible and a starting point prioritize the interest of the strong state and the success of the next stage. He continued, alluding to inconclusive tangible results: â€œWe will end the discussion of guarantees of success in state building. We will be returning, once again, to Najaf in the next few days. â€

by Sadr Tweeter, on the other hand, was blunt and revealing, briefly repeating his stated goal of an independent majority government: â€œNeither Eastern nor Western, a national majority government! This has been widely understood as a coup against Iranian interference in Iraq, systematically permitted by the Iraqi militias that Sadr is trying to exclude from the next government.

Insiders told Al-Monitor that Sadr refused to meet with Maliki, telling his interlocutors in the coordination cadre that any alliance with the cadre could not include Maliki. If he insists on leaving Maliki aside and allying himself with Amiri, and potentially the national state forces of Haider al-Abadi and Ammar al-Hakim, according to the same insiders, the coordination framework will collapse.

But Iran, which has carefully steered clear of the inter-Shiite post-election struggle over the results, appears poised to make its voice heard in the fight to form the government. Two knowledgeable sources told Al-Monitor that an official delegation representing, for the first time, a unified Iranian position will soon travel to Baghdad to help bridge the serious differences between the coordination cadre and the Sadrists. One of the two sources, insisting on anonymity, told Al-Monitor that Iran understands the Iraqi near-consensus to curb the militias and the delegation is offering ideas to help make this happen in the context. with great agreement to maintain Shiite unity. . This responds to a main request from Sadr.

While other parts of the deal have yet to be disclosed, they will likely include reconciliation efforts between Maliki and Sadr and a larger majority government to make room for more Shia players. This Iranian intervention is surely to test Iran’s former ability to influence events in Iraq decisively. An Iran weakened by devastating US sanctions, and an emboldened Iraqi society increasingly susceptible to Iranian interference mainly due to the October protest movement, can show the limits of Iranian influence in Iraq. Sadr will have his say in the direction of events.

ROBERT KOEHLER: Poisoning us with war in every way | Chroniclers