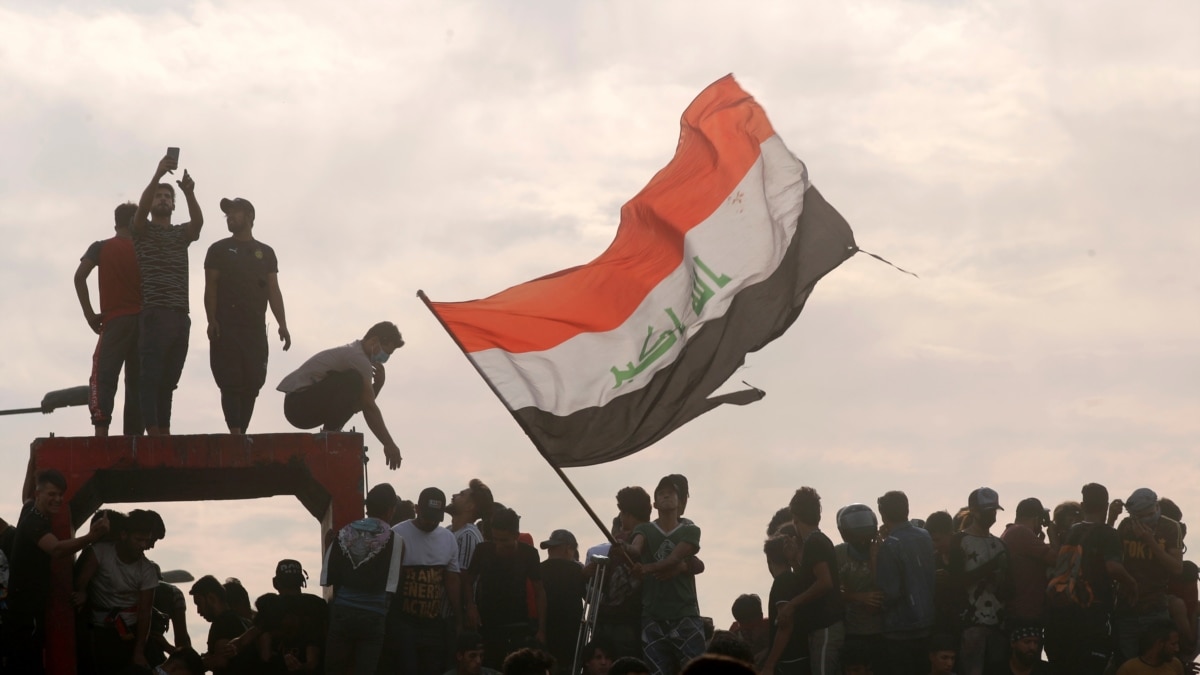 Iraqi security forces clashed with anti-government protesters in Baghdad on Sunday with at least 39 people, mostly police, injured by projectiles fired from either side, security officials said.

A separate statement from a military spokesperson said at least 32 members of the security forces were injured by hand grenades thrown by a group he said had been hiding among otherwise peaceful protesters, without further details.

Politicians have expressed concern that peaceful protests could be hijacked by rioters, which could trigger a spiral of violence like that seen last year.

New anti-government rallies converged on Sunday to mark a year since mass unrest over corruption and widespread deprivation in oil-rich Iraq. More than 500 people have been killed in the unrest.

Threats, killings and kidnappings of activists, along with fatigue and lockdown restrictions to tackle the COVID-19 pandemic, slowed protests several months earlier this year. Protesters numbered in the hundreds rather than the thousands on Sunday.

Earlier today, police fired water cannons and tear gas at protesters to prevent them from crossing barricades on a bridge leading to government buildings.

“We will not stop protesting to claim our stolen rights. We are the victims of corrupt governments,” said Najim Abdullah, a protester standing near the Jumhuriya Bridge in the capital.

Security forces had deployed in force to control the protests that began in the morning and to prevent protesters from crossing the Jumhuriya Bridge, which leads to the walled green area that houses government buildings and foreign missions.

Sunday’s protests were milder than those of last year, where thousands of people gathered in Baghdad and the south, clashing with security forces and militiamen in clashes that maimed and killed mostly young unemployed demonstrators.

Prime Minister Mustafa al-Kadhimi, who took office in May after his predecessor was ousted by the unrest last year, has presented himself as a leader who supports the protesters.

In a televised address on Saturday, he pledged to hold early and fair elections, a demand from many pro-democracy activists, and said security forces would not harm any peaceful protesters this time around.

Security forces and unidentified gunmen waged a fierce crackdown on anti-government unrest that erupted in October 2019, killing hundreds of the mostly unarmed protesters with live ammunition and tear gas.

Protesters accuse the entrenched ruling elite, especially Iran-backed parties and militias, of fueling rampant corruption that has kept large swathes of the country in ruins, even in times of relative peace.