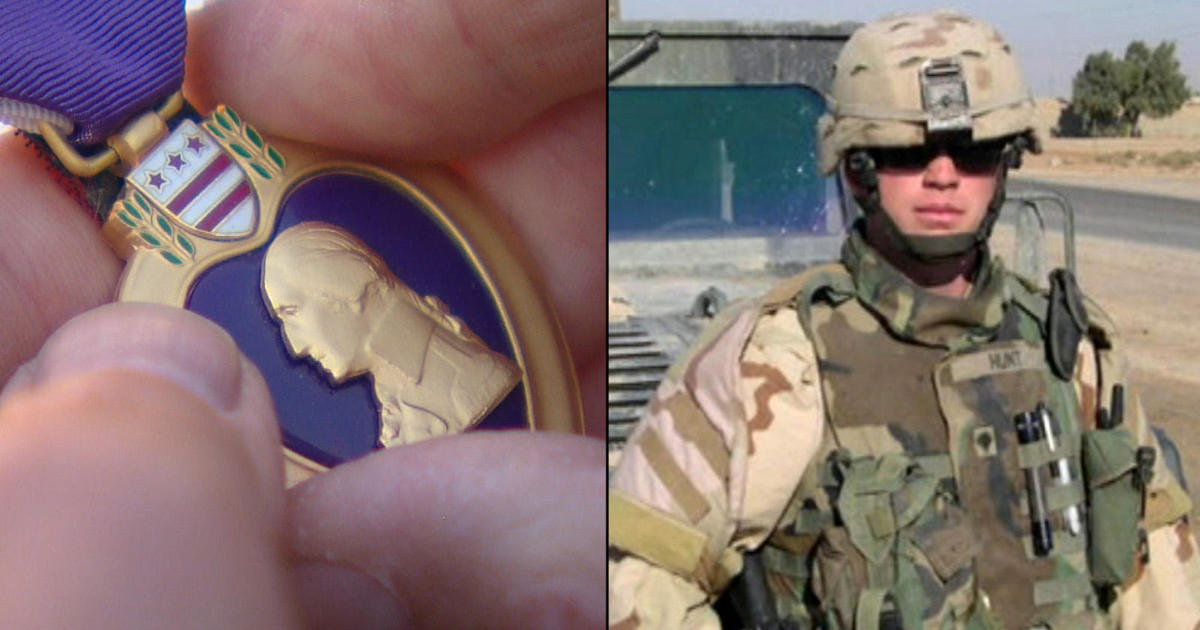 Joel Hunt struggles with words. “I knew I was in a blast, but I couldn’t remember,” he tries to recall. Part of the nine years he spent in the military are over. He sometimes has double vision.

He forgets details. A former Army combat engineer, Joel Hunt is still suffering from his military service according to the Veterans Administration’s review of his condition. And yet, he was never properly honored for the injury that got him into trouble.

“They had documents indicating that he had been exposed to IEDs. And in his case, the IED file was about 22 explosions that he had been exposed to, which is quite a high number,” said Robert Alvarez of the USJAG, a nonprofit organization that usually helps active-duty service members prevent discharges of misconduct when injured and act on their injuries. This time, Alvarez is involved with a post-service soldier. Joel Hunt left the military in 2007. He was struggling to do his job. It was an honorable discharge. But there were lingering problems with his brain.

“There were several people saying to me, ‘Hey, you do this, you do that’, I couldn’t remember and then when I went to the doctor there in Fort Carson, it was a psychiatrist and I was telling him what was going on and he’s like, did you check for TBI?”

TBI is a traumatic brain injury.

After a visit to the VA, the Army changed his retirement, noting that his brain injury was combat-related. Soon, Fort Carson staffers put him in touch with the Forgotten Heroes campaign. The Denver-based nonprofit was helping soldiers who had not received their medals to be honored for their service. Forgotten Heroes told him he could get a Purple Heart for his injury.

“I was proud. You know, he was like, ‘Hey, it’s not allowed, but we’re still chasing it, you know, we wanted to give it away before your mom died.'”

Hunt’s mother was dying of cancer in 2011. They would hold the ceremony before her death. In emotional proceedings, his mother pinned the Purple Heart on her son. The head of the nonprofit organization, retired Brigadier General Sal Villano, spoke at the event and paid tribute to Hunt.

“Our committee, we are very thorough. We cannot afford to make a single mistake.”

Hunt doesn’t know where they got the medal, but they can be purchased at a military PX.

“I think it’s terrible what happened to him,” said Barry Fiore, currently public relations director for Forgotten Heroes in Colorado. “I acknowledge on behalf of Forgotten Heroes that they didn’t do a good job.”

The organization did not assure that Hunt received the Purple Heart. He had not.

“They told me they were going to sue him,” Hunt said.

But that didn’t happen.

“The documentation…hasn’t been done. It was unbeknownst to him that he received this from Forgotten Heroes,” Fiore said.

“Bless his heart, Sal Villano, Brigadier General, he died a few months ago. But at that time he was not aware of the paper like me,” Fiore said.

Hunt’s records show three tours in Iraq at the time of the Iraq War. First at the end of 2003, then in 2004-2005 and then in 2005-2006. But he doesn’t remember the details. He remembers bits and pieces and these come and go. “I don’t remember being deployed,” he says of the build-up to the war. According to his former company commander, Colonel Michael Payne, by the end of 2003 they were in southern Turkey and northern Iraq. Their role was to be a distraction, while the 3rd Infantry Division rolled over southern Iraq.

“He was a solid soldier,” said Payne, who was a captain at the time and later served as an assistant to a division commander where he says he saw all the injury reports coming in. “What I would say now is that he had a TBI,” Payne said. “He blew himself up.”

Records indicate that Hunt was likely the victim of approximately 22 improvised explosive device (IED) blasts during his time in Iraq. Most came during Hunt’s deployment from 2004 to 2005. “We got blown up by IEDs at least three to four times a week,” former Sergeant Gilbert Newman wrote on behalf of Hunt for his military record. “I remember one occasion when an IED explosion severely damaged the HUMVEE Joel was driving,” he wrote. “So there’s no doubt in my mind that Joel suffered some kind of injury,” said fellow soldier Lyle Allen. “Traumatic brain injury during this period, due to the shock wave.”

The vehicle was heavily damaged. Hunt says he went to the medical treatment area when he got back to their base, but didn’t do much. Hunt says he didn’t think it was a big deal. “I grabbed Motrin and grabbed some duct tape, then headed to the car park and we changed the tire and the hood.” Blast waves can cause injury.

The military has done more in recent years to realize the seriousness of these injuries. But at the time, the wounds were less observed and treated.

In the military, getting help for a closed head injury meant asking for help for an injury that was not visible. “Unfortunately a lot of them don’t get the help they need because they don’t have a vision injury,” Hunt said. But it continued to affect him. He couldn’t wear night vision goggles, but figured he just had a bad pair. Then another.

“I couldn’t see because I kept coming across accordion wire and I kept saying oh it’s the NVGs, it’s the NVGS,” Hunt said.

In the years following the injury, Hunt struggled again. He has trouble remembering. Although he had a foot injury during his time in the military which also affected him, his left leg went numb.

“The brain doesn’t talk to him. That’s what they keep telling me.”

For a moment he thought he had a Purple Heart, but he didn’t. When he went to try to get special license plates, he was refused. He then learned that he did not have the necessary papers. Hunt tried twice to get the proper documents, but the military said there were problems. Alvarez and his band are now attending.

“It’s unfortunate what happened to him. I think he’s been the victim of a huge mistake,” Alvarez said.

“Forgotten Heroes Campaign didn’t mean to screw up this guy’s life later on purpose, I think they wanted to give him the reward. His mom was dying… And they probably rushed in and they didn’t shouldn’t have.”

He, too, hopes Hunt gets a Purple Heart.