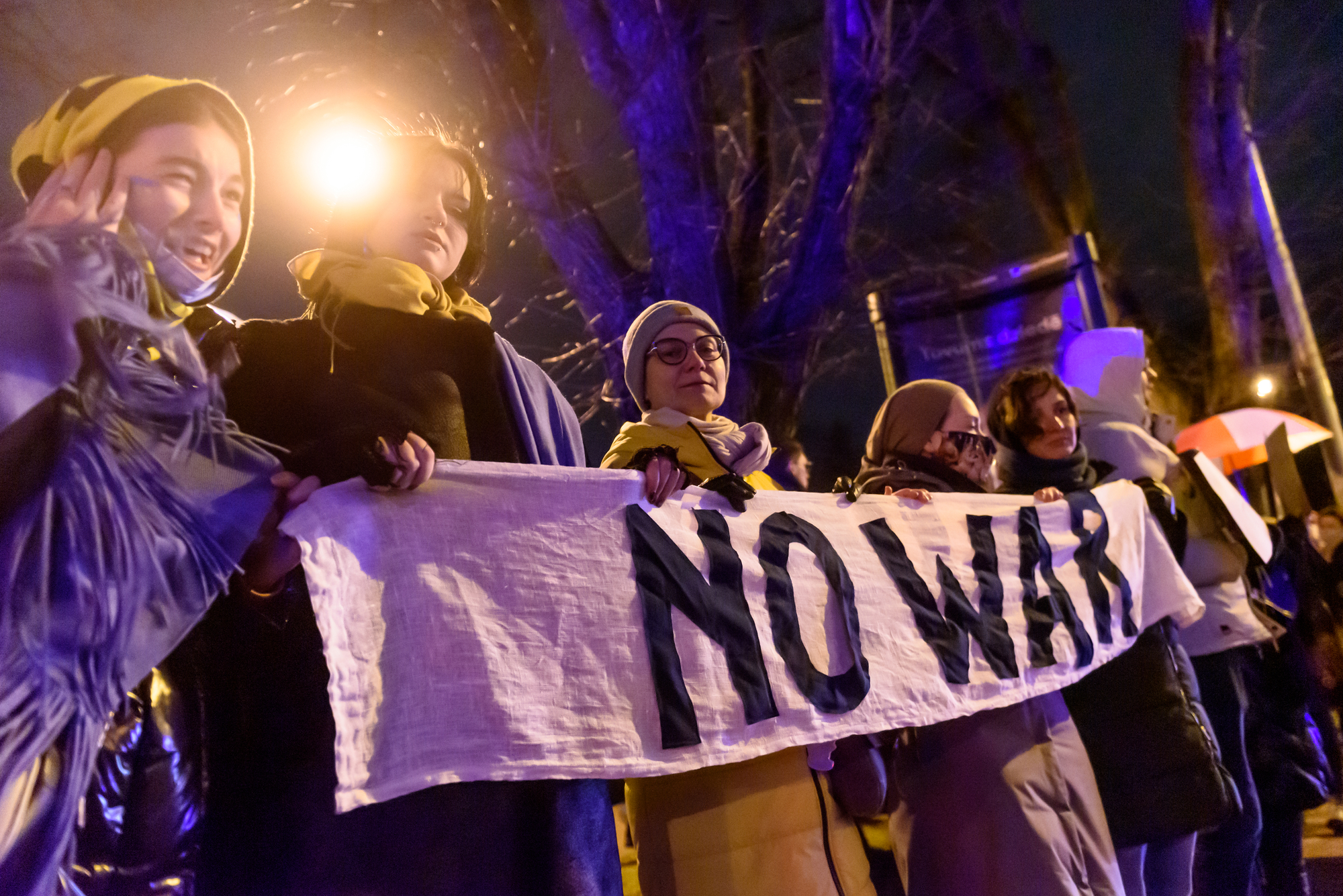 As concerns continue to grow over Russia’s attacks on Ukraine, Rep. Adam Kinzinger (IL-16) has responded by introducing a new Authorization for the Use of Military Force (AUMF), which would give the President Biden the power to use force if Russia were to deploy chemical, biological or nuclear weapons.

While promoting his new proposalRep. Kinzinger himself mentioned “I don’t think we need to use force in Ukraine right now.” He touted his AUMF as a deterrent that would give President Biden “leverage” and “better flexibility.”

Rep. Kinzinger’s AUMF does not reflect lessons learned over the past 20 years.

Introducing an AUMF against Russia at this time, when de-escalation is critical, is a dangerous step in the wrong direction. Rather than debate escalating military action, Congress should work with the Biden administration to pursue diplomatic steps that facilitate a ceasefire and negotiations between Russia and Ukraine to end the war. conflict as soon as possible.

Representative Kinzinger’s proposal is not only premature, it is deeply flawed. The AUMF does not reflect lessons learned from the past 20 years, during which four administrations significantly expanded military operations beyond congressional intent and with minimal congressional oversight using the post-9/11 AUMF 2001 and the Iraqi AUMF of 2002. These lessons are reflected in the proposals and principles provided by many bipartisan legal experts (e.g., here, here, here, hereand here).

Representative Kinzinger’s AUMF departs from the recommendations of these experts in several respects. In particular, it lacks specificity regarding whom force may be used against and where, includes inadequate reporting requirements, and does not include an expiration date.

Although the target and geography of this conflict may seem implicit and obvious, we have learned from experience with the AUMFs of 2001 and 2002 that when an AUMF fails to name against whom force may be used and where, this makes it vulnerable to abuse of executive power. . For example, the Iraqi AUMF of 2002 was clearly aimed at authorizing force against Saddam Hussein’s regime in Iraq. However, the executive branch has since asserted that it also authorizes force against non-state groups outside Iraq, including Daesh in Syriaand most blatantly, invoked him to justify the targeted assassination of Iranian General Qassem Soleimani.

If Rep. Kinzinger’s AUMF becomes law, it would provide a slip of authorization for this president or any future president to use force anywhere, against anyone as long as he deems it “necessary and appropriate. “to protect the national security interests of the United States with respect to Ukraine and “to restore the territorial integrity of Ukraine.

The reporting requirements of the AUMF mirror those of the 2002 Iraq AUMF, with the vague requirement for the president to submit reports to Congress every 60 days “on matters relating to this joint resolution”, including “actions taken” and “the status of planning efforts that should be necessary once these actions are completed.” To properly keep Congress and the public informed of the scope and status of America’s wars, any AUMF should include strong and specific public reporting requirements, such as those established by legal experts. here.

The United States should use all of its diplomatic influence to push for a ceasefire and end this devastating conflict.

Finally, Representative Kinzinger’s AUMF does not include an expiration or sunset date. Section 4 is incorrectly titled “Sunset”, however, it allows the President to determine when the AUMF would expire, based on when the “President certifies to Congress that the territorial integrity of Ukraine has been restored”. It is not a true temporal sunset and as such does not serve the purpose of a sunset, which is to force the President and Congress to come together, to assess the use of the force and have Congress – in accordance with its constitutional prerogative to “declare war”: decide whether to reauthorize the use of force, refine the AUMF, or let it expire. Rather than reassert congressional war powers, Rep. Kinzinger’s AUMF would further transfer those powers to the president.

At a time when de-escalation of force is desperately needed by the people of Ukraine, the United States should use all of its diplomatic influence to push for a ceasefire and end this devastating conflict. We hope members of Congress will focus on encouraging and facilitating this course, rather than engaging with this preemptive and flawed AUMF.