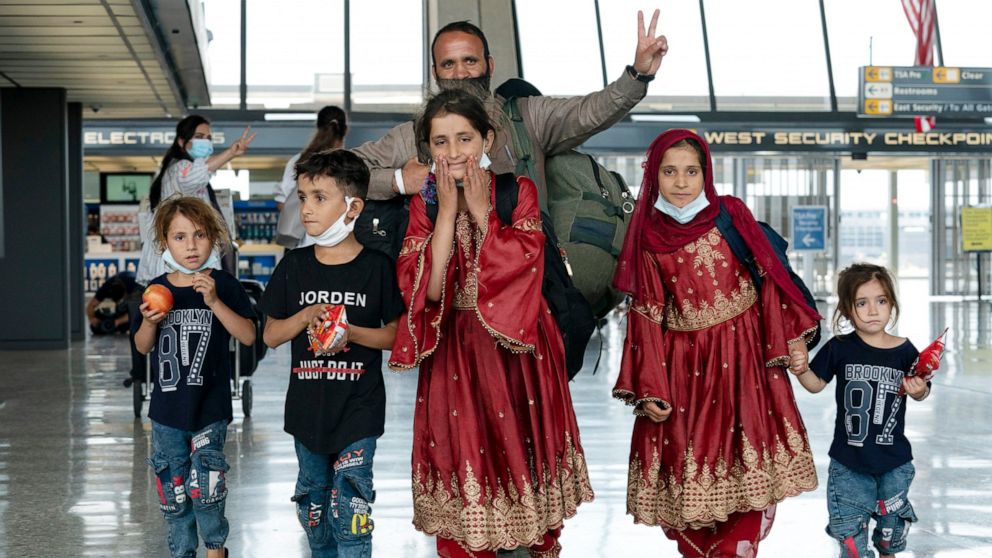 WASHINGTON — A first group of Afghan refugees have arrived at a new temporary shelter in Northern Virginia as the United States works to resettle people who fled the Taliban takeover of their country in August , the Department of Homeland Security announced on Wednesday.

Afghans arriving from overseas will stay at the National Conference Center in Leesburg, Va., until they can be placed in more permanent housing across the country with the help of private resettlement organizations, it said. the DHS in a statement announcing their arrival at the new facility.

Afghan refugees who arrived in the United States as part of Operation Allies Welcome were housed until February at military bases across the country for several months while awaiting resettlement. Among those arriving now are people who managed to get out of Afghanistan after the US withdrawal and who went to military bases abroad.

Those arriving at the centre, which is normally used as a corporate training centre, have already undergone overseas medical and security screening. While in Leesburg, they will complete immigration applications and attend workshops on U.S. laws and civics, OAW official Robert Fenton said in the statement.

“We will continue to work closely with state and local partners to ensure that we can continue to resettle our Afghan allies as quickly, safely and successfully as possible,” Fenton said.

The first group of about 300 people came to the conference center on Tuesday and are expected to stay for two to four weeks, said Angelo Fernández Hernández, a DHS spokesperson. The center has a capacity of 1,000 people.

More than 76,000 Afghans have come to the United States since their government fell to the Taliban in August.

A majority have so far settled in communities with established Afghan communities, including Northern Virginia and the surrounding DC area; Northern California and Texas. Their resettlement has been slowed by a shortage of affordable housing and cuts to the refugee program under the Trump administration, among other factors.

The DHS has previously said about 40% of Afghans would be eligible for the special immigrant visa for people who worked as military interpreters or for the US government in another capacity during America’s longest war.

Most others, however, do not yet have permanent legal residency in the United States because they are not under a refugee program but have been admitted under some type of emergency federal clearance. known as humanitarian parole.

Refugee advocates, including a number of prominent veterans groups, are lobbying Congress to grant permanent residency with an “Afghan Adjustment Bill,” similar to what was done in the past for Cubans and Iraqis.

Operation Allies Welcome is expected to continue until late summer, when Afghans will be processed through the existing US refugee program.

Support-A-Soldier, based in GJ, tries to supply protective vests to Ukraine | Western Colorado