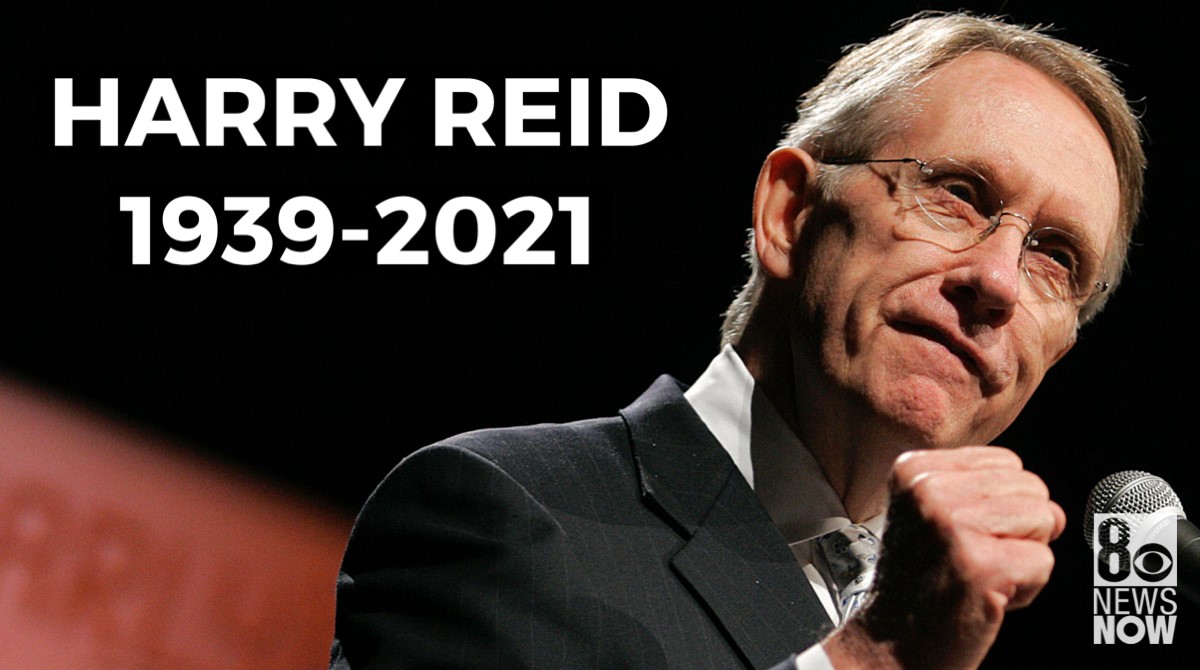 Former US Senator Harry Reid has died at 82

LAS VEGAS (KLAS)– Former US Senator Harry Reid, an American politician who represented Nevada in the United States Senate for 30 years, has died. Reid was known as a champion who fought for the state he loved.

Reid is described as one of the most powerful politicians in the history of the state.

Reid, who was 82, died of a four-year battle with pancreatic cancer. He was diagnosed in 2018.

â€œI am heartbroken to announce the passing of my husband, former Senate Majority Leader Harry Reid. He passed away peacefully this afternoon, surrounded by our family, after a courageous four-year battle with pancreatic cancer. Harry was 82. We have been married for 62 years.

â€œWe are so proud of the legacy he leaves behind both nationally and in his beloved Nevada. Harry was deeply touched to see his decades of service in Nevada honored in recent weeks with the renaming of the Las Vegas airport in his honor.

â€œHarry was a dedicated family man and a deeply loyal friend.

â€œWe greatly appreciate the outpouring of support from so many over the past few years. We are especially grateful to the doctors and nurses who treated him. Please know that it meant the world to him.

â€œThe terms of the funeral will be announced in the coming days. “

Reid passed away peacefully on Tuesday afternoon, surrounded by his family.

Reid served in the United States Senate for 30 years, including eight years as the leader of the Democratic majority, and was the longest-serving senator in Nevada history when he retired in 2017.

Harry Reid was born December 2, 1939. He was raised in Searchlight, Nevada, south of Las Vegas.

Reid served as Majority Leader from 2006 to 2014 before retiring from politics in 2017 as one of the most influential and powerful Democratic leaders to ever serve in Washington.

He was elected Democratic Senate Whip in 1998 and Senate Democratic Leader in 2004, and became Majority Leader when Democrats took control of the House and Senate amid public frustration with the war. in Iraq.

Reid, whose service as Majority Leader was only surpassed by Mike Mansfield (D-Mont.) And Alben Barkley (D-Ky.), Was not afraid to engage in partisan warfare opened on the Senate floor, making him one of the most divisive leaders in history.

He called George W. Bush, the incumbent president, a “liar” and a “loser” and accused Mitt Romney, the GOP presidential candidate in 2012, on the Senate floor for not paying his taxes.

Reid was one of only three senators to have served as majority leader for at least eight years.

Reid’s relentless efforts to unify the 60-member Democratic caucus to pass the Affordable Care Act in 2009, the largest eligibility program passed since Medicare, ranks as the greatest legislative achievement in recent history .

To convince former Sen. Ben Nelson (D-Neb.), An essential moderate, Reid agreed to have the federal government pay Nebraska’s share of the cost of the Medicaid expansion, a deal critics called the Cornhusker Kickback , and was subsequently discontinued. .

Reid proclaimed it as a victory that “affirmed that the ability to live a healthy life in our great country is a right and not just a privilege for the privileged few” and dedicated it to his friend Ted Kennedy, recently deceased.

Its other landmark victories were the passage of the American Recovery and Reinvestment Act of 2009 in the depths of the Great Recession and, as the country began to recover, the Dodd-Frank Wall Street Reform Act of 2010, which targeted to curb the excesses that had the global financial markets nearly collapsed.

Reid’s aggressive political style often brought up allusions to his record as an amateur boxer.

His breakthrough in politics came in 1970 when his mentor and high school boxing coach Mike O’Callaghan, who became a successful politician and ran for governor, asked him to serve as his running mate.

Democrats celebrated Reid’s career during his last month in office with a star-studded farewell tribute in the Kennedy Caucus Room of the Russell Building, where former Vice President Joe Biden praised him as a “man.” to speak “and said that no majority leader in his memory had” a harder job at a more difficult time. “

Many Republicans, however, were happy to see Reid go.

Then Republican Senate Leader Mitch McConnell angrily predicted in 2013 that Reid would be remembered as “the worst Senate leader ever” if he went ahead with a known controversial rule change. under the name of nuclear option to facilitate the confirmation of the choices of the court of appeals of Obama.

Undeterred, Reid continued the unilateral procedural movement in November of that year, lowering the bar for confirming executive and judicial candidates below Supreme Court level.

Breaking the Republican obstruction allowed Obama to fill three vacancies on the United States Court of Appeals for the District of Columbia, the second most powerful court in the country, and shift his majority to the left.

He made opposition to the Yucca Mountain nuclear waste repository a major issue and sent a lot of federal pork back to Nevada as chairman of the Senate energy and water subcommittee.

Republicans thought they had an excellent chance of toppling Reid, who had a dismal 38% approval rating – down from a 54% disapproval rating – at the start of the 2010 cycle. But Reid was helped by developments. demographic, which Obama won in the 2008 election.

Reid used the same strategy to keep your friends close but your enemies closer with Brian Sandoval, the Republican who later served as governor of Nevada.

He recommended Sandoval to a federal judge in 2004, which kept the rising Republican star out of politics for four years until he stepped off the bench to return to the fray and defeat Reid’s son, Rory, in the 2010 gubernatorial race.

As of 2020, Reid’s pancreatic cancer was in remission after receiving an experimental treatment aimed at helping his immune system fight the disease. Reid had surgery to remove a tumor from his pancreas in May, an operation that made him fragile and needed a walker.

The terms of the funeral will be announced in the coming days.

ROBERT KOEHLER: Poisoning us with war in every way | Chroniclers