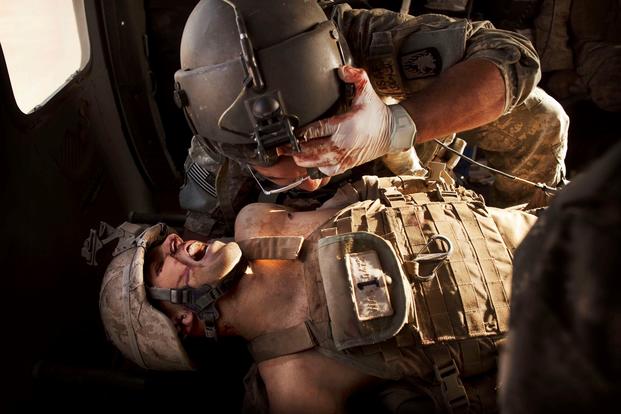 The construction cost estimate for the Global War on Terror Memorial on the National Mall has doubled to $100 million, far exceeding the current combined dollar costs of the Vietnam Veterans Memorial and the Memorial Korean War veterans, according to the foundation in charge of the project.

Retired Army Sgt. Michael “Rod” Rodriguez, 1st Class, president and CEO of the Global War on Terrorism Memorial Foundation, told Military.com the new cost estimate doubles the previous one by about $50 million – which the foundation called a “conservative” estimate – was due to inflation.

The proposed memorial must also pass a complicated 24-step approval process involving multiple government agencies before a site on the National Mall can be prepared.

Rodriguez said the foundation has so far raised just $5 million, the largest contribution of $1.4 million coming from restaurant chain Mission BBQ, but he was still confident the memorial would be unveiled. in 2024.

“Our fundraising is always a priority and a concern,” Rodriguez said of the rules requiring the foundation to have at least 75% of the estimated $100 million cost before a shovel can be put in. buried. Money raised must also come from private donations – no US government funding is permitted.

The rising price of the GWOT Memorial contrasts with the construction costs of previous memorials for the Vietnam and Korean Wars, as well as the proposed National Desert Storm and Desert Shield War Memorial, which is expected to open in 2024.

The Vietnam Veterans Memorial cost $8.4 million when it opened in November 1982, which would be about $26 million in today’s dollars; the Korean War Veterans Memorial, opened in July 1995, cost $18.1 million, compared to about $25 million today. The projected cost of the Desert Storm Memorial has been estimated at $40 million.

Rodriguez said he expects donations to increase as national attention focuses on the first anniversary this month of the chaotic and tragic U.S. withdrawal from Afghanistan, pointing to the lack of a national memorial honoring those who have served in conflicts since 9/11. , 2001, terrorist attacks.

In its mission statements, the foundation, which has former President George W. Bush as its honorary chair, said the GWOT memorial’s message was intended to be strictly “apolitical” and focused on honoring those who served rather than on the how and why of the wars in Iraq and Afghanistan.

Army Gen. Austin “Scott” Miller, a Delta Force veteran and last commander of U.S. and NATO forces in Afghanistan, offered a similar message in remarks he made at a ceremony. in July 2021 in the “green zone” of Kabul before leaving Afghanistan.

“Over time, our job now is to not forget. With the families who have lost people through this conflict, it will be important for them to know that someone remembers, someone cares. and that we can talk about it in the future,” Miller said.

The foundation envisioned the memorial as “an inclusive, respectful, and apolitical place of honor for all those who have served and sacrificed in the ongoing global war on terrorism, as well as the countless civilians, family members, and others who serve them. supported. It will empower, engage and educate the civilian and military communities to build mutual understanding with each other.”

The foundation will also attempt – in a plan yet to be devised – to honor the sacrifices that remain to be made, as the counter-terrorism mission to protect the homeland from another 9/11-style attack continues in Iraq, Syria, Somalia , Afghanistan, and other future battlefields where extremist groups are seen as a threat to U.S. national security.

In recent weeks, the continuation of the counter-terrorism mission has been marked by the July 31 ‘over the horizon’ drone strike that killed al-Qaeda leader Ayman al-Zawahiri on the balcony of his apartment. from Kabul, retaliatory strikes Wednesday in Syria for attacks by Iran-backed militias that injured three US servicemen and stepped up US airstrikes in Somalia against the al Shabaab group.

“We are doing something that has never been done before, building a memorial for a live war,” said Rodriguez, a veteran of 10 deployments beginning in Somalia and ending with service with the 7th Special Forces Group in Somalia. Afghanistan. “We’re challenging everyone’s perception of what a memorial is. We’re essentially creating a memorial for the future.”

The ongoing nature of the counterterrorism mission posed one of the first obstacles to establishing a GWOT memorial under Washington, D.C. rules, prohibiting the erection of a war memorial until 10 years after the end of the conflict. But in 2017, former President Donald Trump signed a bill allowing a GWOT memorial on federal land somewhere in the district.

Then in December 2021, President Joe Biden signed the National Defense Authorization Act, including an amendment to authorize construction of the GWOT Memorial on the National Mall.

Although only $5 million is currently available, Rodriguez predicted that the GWOT Memorial would avoid the fundraising difficulties that other memorials have faced in attracting private U.S. donations as the project progresses to the selection and design of the site.

The $22 million total cost of adding a wall of remembrance to the Korean War Veterans Memorial, which was dedicated in July, was contributed by South Korea when US donations did not flow. did not materialize, said retired General John Tilelli, chairman of the Korean War. Veterans Memorial Foundation, told Military.com.

“Hopefully by the end of this year or early next year, we will be able to designate a location on the ground” for the GWOT memorial on the National Mall and then begin designing the memorial, said Rodriguez said. .

— Richard Sisk can be reached at [email protected]

© Copyright 2022 Military.com. All rights reserved. This material may not be published, broadcast, rewritten or redistributed.