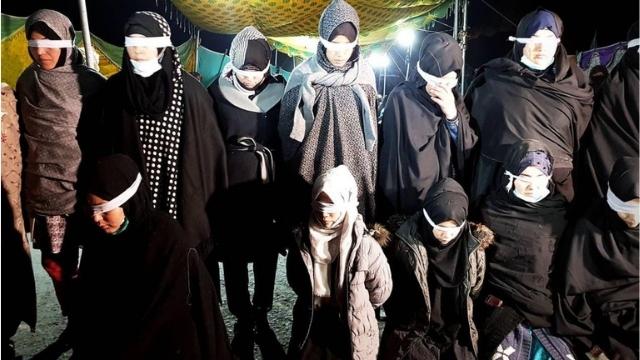 As of 2016, ISIS replaced Lashkar-e-Jhangvi as the deadliest anti-Hazara terror group. In 2020, the Hazaras were accused of spreading COVID under the name “Shia virus”.

Baluchistan, as mentioned in our previous articles, has for decades been home to two deadly conflicts, one between Hazara Shiites and Sunni radicals, and the other between Baloch separatists and the national government. But a third complicated relationship has emerged in recent years, between Lashkar-e-Jhangvi (LeJ) and the Islamic State (ISIS), where the two groups have gone through phases of both rivalry and cooperation.

The story begins with the rivalry between al-Qaeda, with which LeJ has long had an alliance, and the Islamic State. Al-Qaeda scholars acknowledge that these conflicts date back to the assassination of Jordanian terrorist Abu Musab al-Zarqawi (1966-2006) by a US targeted bombing on June 7, 2006, near Baqubah, Iraq. In theory, al-Zarqawi was an al-Qaeda commander. However, his massacres of Shiites threatened the unofficial but productive relationship between al-Qaeda and Iran. Several scholars consider it at least likely that al-Qaeda itself was the source of the information that was passed to the Americans and led to al-Zarqawi’s murder.

Al-Zarqawi was a charismatic leader, and his followers continued in Iraq as ISIS (Islamic State of Iraq and Syria), which at the time was officially a branch of Al-Qaeda. However, dissent on the Shia issue continued, and in October 2013 al-Qaeda leader Ayman al-Zawahiri ordered ISIS to disband. ISIS refused, and in 2014 proclaimed the restoration of the Islamic caliphate and said al-Qaeda had betrayed the cause of jihad. Armed conflicts between al-Qaeda affiliates and the Islamic State followed, especially in Syria.

While the Shia issue had been a cause of the conflict between al-Qaeda and the Islamic State, in Pakistan al-Qaeda maintained its privileged relationship with the anti-Shia LeJ, for reasons mainly related to the network of alliances of al-Qaeda in Afghanistan, and the mutual support between LeJ and organizations affiliated with the Pakistani Taliban, also close to al-Qaeda.

In 2014, ISIS sent representatives to Pakistan. They visited local jihadist groups and asked them to pledge allegiance to Abu Bakr al-Baghdadi (1971-2019) as Caliph of all Islam. This effort was strongly resisted by the Taliban, while ISIS was able to recruit Taliban defectors from Afghanistan and some in Pakistan who had feuded with the Taliban.

Starting in 2015, the Islamic State and the Taliban clashed in Afghanistan in a war within a war that resulted in heavy casualties. This created a problem for LeJ, who saw ISIS assert its presence in Pakistan, carry out its first attack killing 43 Shia bus passengers in Karachi on May 13, 2015, and be received with some sympathy by the elements. radicals of LeJ’s network in Balochistan.

On October 24, 2016, three terrorists attacked the Balochistan Police Training College in Quetta, killing 61 cadets and injuring 165. Two terrorists committed suicide by detonating suicide belts and one was shot dead by police. It was more of an anti-police and anti-government attack than an anti-Hazara attack. Separately, ISIS (which provided the media with photos identifying the terrorists) and LeJ claimed responsibility for the attack. Another (later) claim was sent to the media on behalf of LeJ’s “al-Alami faction”. It was not clear if this meant that different LeJ factions had split off, and only one of them was pro-ISIS. But it was even more difficult to know what to do with the different claims. While the Pakistani government claimed that ISIS had outsourced the attack to LeJ, international experts believed that ISIS was then able to operate independently in Pakistan.

What is clear is that since 2016, LeJ attacks have become less frequent, although they have not completely disappeared, and most new deadly attacks against Hazaras and political or government targets in Balochistan have carried out by ISIS, which may have recruited former LeJ operatives.

ISIS began operating against those it considered heretics in Pakistan with its characteristic deadly effectiveness. A single 14-year-old suicide bomber has killed at least 52 people and injured more than 100 by detonating a suicide belt at the Shah Noorani Sufi shrine in Khuzdar, Balochistan. Another 90 were killed and 300 injured in an ISIS suicide attack on the Lal Shabaz Qalandar Sufi shrine in Sehwan, Sindh.

While these attacks by the Islamic State targeted Sufis, and another that killed 149 people in Mastung on July 13, 2018, during a political rally, attacked a party perceived as hostile to the political Islam, soon the Hazaras were targeted. They may not have been behind the attack on a polling station in Quetta on July 25, 2018, which left 31 people dead, but the anti-Hazara motivation was clear when the Hazarganji vegetable market was targeted by a suicide bomber on April 12, 2019. , and ten Hazaras were killed.

ISIS’s anti-Hazara stance came into even sharper and more deadly light on January 3, 2021, when miners working in the coal mines of Machh, Balochistan, were attacked. ISIS terrorists separated the Hazaras from the Sunni miners, took away 11 Hazaras and killed them by slitting their throats. The incident generated numerous Hazara protests in Pakistan and around the world.

Meanwhile, Hazaras had found another enemy, COVID-19. The first patient diagnosed with COVID-19 in Pakistan on February 26, 2020, had just returned from Iran, where he had presumably contracted the virus. Although it is unclear whether he was a Shia and had traveled to Iran for religious reasons, word immediately spread that Shia pilgrims to Iran and Iraq were responsible for bringing disease in Pakistan. The rumor was taken seriously by health authorities and politicians. Parts of Quetta mainly inhabited by Hazaras, some of whom had returned from pilgrimages to Iran, were quarantined and Hazara officials were sent home on forced leave and tested. None of them tested positive. However, slogans about the “Shia virus” circulated widely on social media and led to the expulsion of Hazaras from shops and restaurants.

All that remained was for the Hazaras to organise, both in Pakistan and in the Diaspora, to protest against both slander and terrorism. They have done so effectively and international observers have noted the key role of Hazara women in organizing solidarity and protest networks.

However, the situation of the Hazaras in Pakistan remains precarious. After decades of suffering and killing, many of them now believe that only the international community can persuade the Pakistani government to protect them more effectively.

Is the United States going to war with Russia?

Scottish independence: Boris Johnson must not be allowed to forget these words