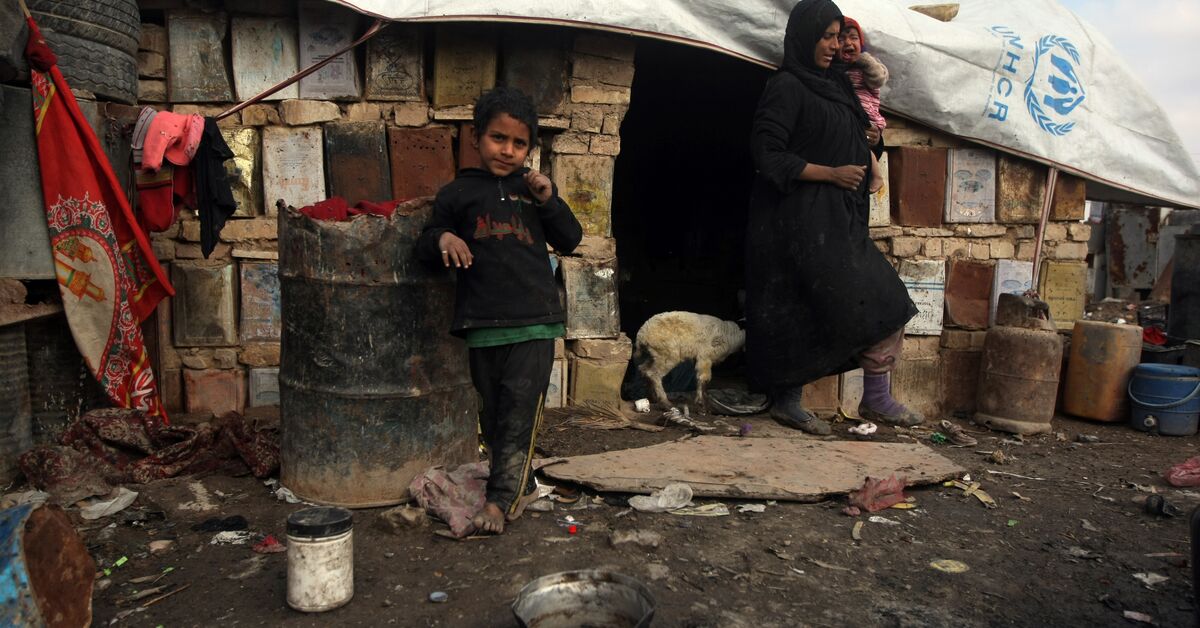 BAGHDAD — Iraq’s parliament is discussing a bill this month aimed at finding solutions to its expanding slums. However, several obstacles could prevent the adoption of this bill in the context of the ongoing social and political crisis.

Iraq has over 5,000 slums, containing over half a million dwellings, inhabited by around 3.5 million people. Most of these slums were created with the emergence of the current political regime in 2003.

The search for a solution began in 2014, MP Alia Nassif told Al-Monitor, with a plan to lease land from informal settlements to their poor residents for a nominal fee. The slums lack public services such as paved streets, schools, water, electricity and other basic needs, she said, and residents “are not able to register their children or complete certain formalities in government institutions”.

Nassif said parliament will amend the 2014 bill and seek to help residents acquire the land where they live. But if a land was originally classified as industrial or commercial, it cannot be acquired.

The Iraqi government had proposed a fund to solve the problem, financed by the reduced rents paid by the inhabitants of these slums, the general budget and loans. The fund would guarantee basic services in these neighborhoods, such as roads, sewers, water, schools, police stations, health care and other services.

Planning Ministry spokesman Abdul-Zahra Al-Hindawi told Al-Monitor: “Slums are still being built in Iraq, and this must be stopped. In 2010, Iraq had around 2,000 slums. This number increased to 4,000 slums in 2016, but there are now over 5,000 slums.

He noted that Baghdad alone has more than 1,022 informal settlements, followed by Basra with 700. Hindawi explained that the bill to address this problem, drafted in cooperation with the United Nations, provides for the construction of fast and inexpensive co-op accommodation units. with Chinese companies, as well as renting houses in these areas for a period of 25 years through contracts that will eventually lead to their ownership.

A small part of the slums were created by the poor population. But most were set up by Shiite militia leaders who seized land from the finance ministry and other ministries, and sold it for between $5,000 and $200,000. Also, some farmland owners razed their orchards due to water shortage and sold them to citizens who built houses there.

“The bill in its current form is unfair to slum dwellers,” Deputy Chairman of the Parliamentary Service Committee Adnan al-Juhaishi told Al-Monitor. “We will meet with the heads of the provinces and municipalities to come up with a project that best suits the citizens. The bill will present new solutions. He did not specify the latter.

It will probably take more than a year to pass the law. After amending this bill, the government could challenge it before the Federal Court, on the pretext that Parliament was going against the initial bill presented by the government.

Economist Ammar al-Rubaie told Al-Monitor he believed the law would solve the crisis. “Slum dwellers will pay the fees for the services they receive in monthly installments or pay the full amount, as long as the areas do not affect the town planning of the cities.”

He added: “Most of the slums are made up of land seized by militias and sold to citizens for very large sums. Today, citizens are buying and selling slum homes for over $20,000.

Rubaie went after some politicians who also seized land and created slums there in the central regions of Jadriya and al-Karada. “Homes in these areas are priced upwards of $20,000,” he said.

“Most slums should be removed and vertical housing should be allocated to their inhabitants for nominal amounts. These lands must be returned to the State in order to restore town planning. The expansion of slums will have disastrous consequences for the Iraqi people. Most children in slums do not have access to education due to lack of schools or financial capabilities,” he added.

Meanwhile, Iraqi governments seem unable to solve the problem, which is not only social and economic but also political.