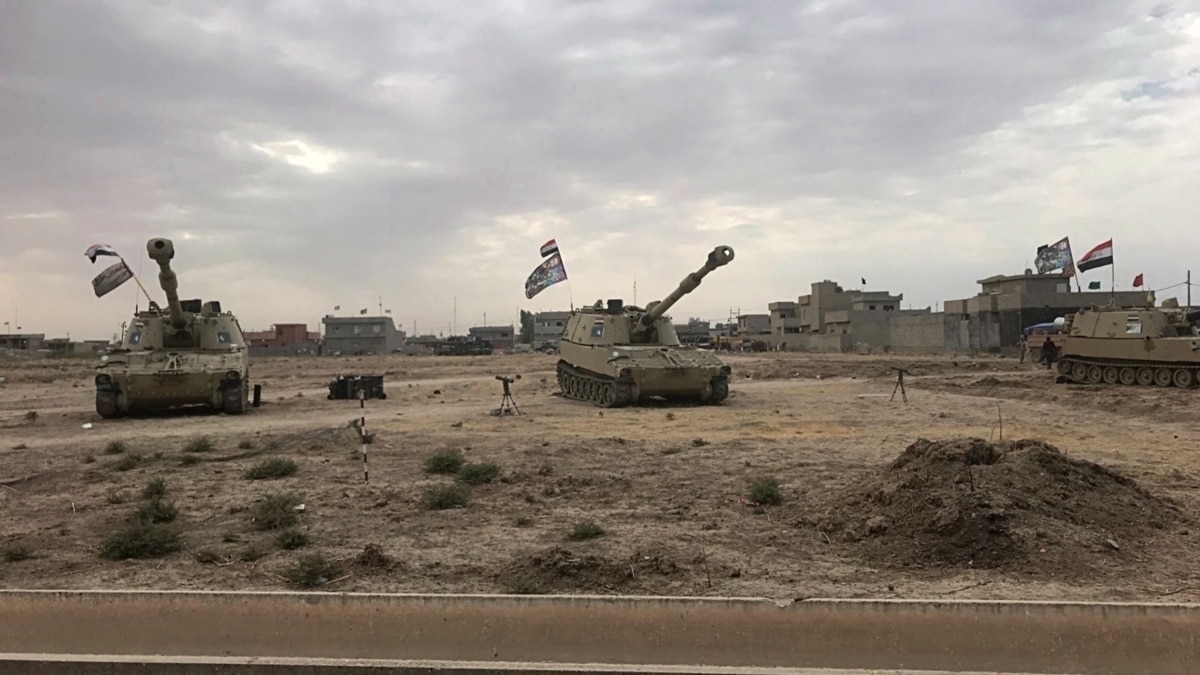 Iraq on edge as Kurdish and Iraqi forces clash in Kirkuk

Thousands of Kurdish peshmerga forces have deployed in the disputed Iraqi oil city of Kirkuk and local residents are nervous, fearing a military advance despite Iraqi announcements that an attack is not imminent.

“Some civilians are on the streets with their weapons,” said Dara Saieed, a local journalist in Kirkuk, which is currently controlled by Kurdish authorities but claimed by both the central Iraqi government in Baghdad and regional Kurdish leaders based in the region. city ​​of Erbil. “People are nervous.”

Kurdish leaders say Iraqi forces, including the Popular Mobilization Units (PMU), a massive fighting force made up mostly of former Shiite militia groups, have gathered in Iraqi-controlled areas near the city of Kirkuk, its oil fields and its airport.

Iraqi leaders say they have no plan to attack the city and are simply asserting the authority they already have over the region.

“There will be no war against our citizens anywhere,” Iraqi Prime Minister Haidar al-Abadi tweeted on Friday.

However, if Iraqi forces enter Kurdish-controlled territories, the Peshmerga will consider this an act of aggression, according to Peshmerga Colonel Hemn Hassan Salih. “If they enter without permission, it’s a sign of war, nothing else,” he said in a telephone interview from his base in Kirkuk on Friday.

Iraqi and Kurdish Peshmerga forces have fought as allies against Islamic State militants, and the US-led coalition has said it fears differences between Baghdad and Irbil could divert attention of the fight. But some soldiers say the standoff could simply be a stand before negotiations for a diplomatic solution.

“There will be no battle,” Iraqi special forces Major Assad al-Assady said during a mission to fight IS in western Anbar province on Friday. “It’s a political problem and it will be solved through dialogue.”

Negotiations would be the best solution for all parties, Peshmerga Captain Taher Aziz agreed, while managing a Kurdistan Region border in Khazir province. But without international involvement, he said, conflict could be inevitable, no matter what Iraq’s central leadership in Baghdad says.

“The PMU leadership can give orders that are not the same as those coming from the central leadership,” Aziz explained.

The Iraqi army said it took a peshmerga base in the Kirkuk region, but the move is “a normal entry by federal forces”, not an act of war.

Peshmerga leaders say they left the base to ease tensions early Friday morning. It was a temporary battle position against Islamic State militants they defeated two and a half years ago, according to Peshmerga Col. Salih.

“We wanted to step back to look less threatening and give them space,” he explained, “but PMU took advantage of that and got closer.” On Friday afternoon, he said, the city remained calm, adding “but we won’t be patient forever.”

As a semi-autonomous region, the Kurdish Region of Iraq has maintained its own borders for more than 25 years, with Iraqi forces only entering with the permission of Kurdish authorities. At the end of September, Kurdish voters passed a referendum on independence by more than 92% despite objections from Baghdad and the international community. Since then, the region has become increasingly isolated, with international flights blocked and other sanctions imposed.

An Iraqi army technical team issued a statement on Friday saying, “Our forces have the right to enter any province in Iraq”, but have so far not entered territory controlled by the Iraqis. Kurds.