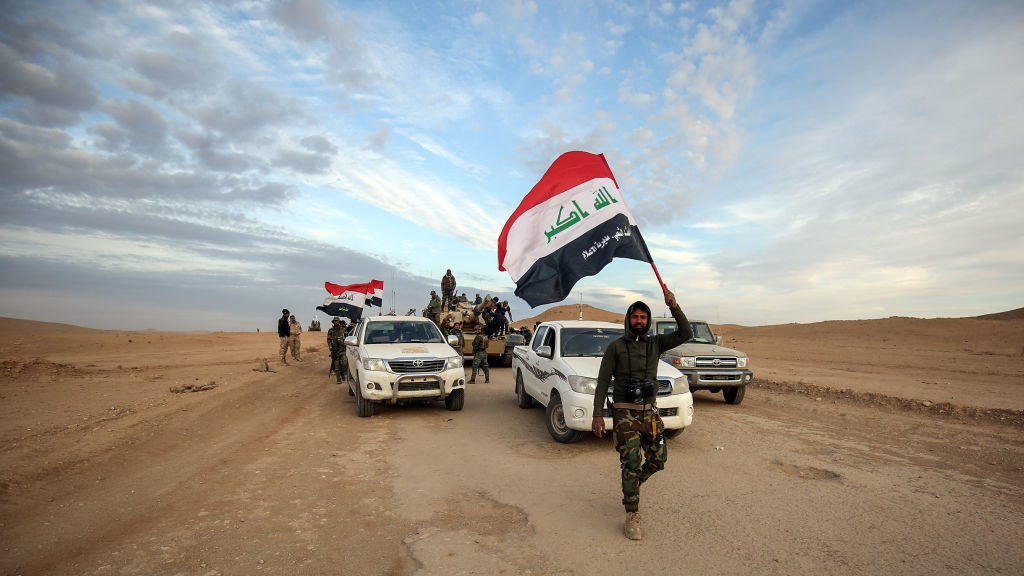 BAGHDAD — Iraqi forces, in coordination with US-backed Syrian forces, have captured five senior leaders of the Islamic State group, the US-led coalition said in a statement on Thursday.

IS fighters no longer control significant pockets of territory inside Iraq, but maintain a grip inside Syria along the Iraqi border.

The US-led coalition has backed Iraqi ground forces and Syrian fighters known as the Syrian Democratic Forces in the more than three-year war against ISIS.

After Iraqi forces recaptured the Iraqi city of Mosul from ISIS last summer, Syrian forces across the border scored a string of quick victories, but the campaign was stalled recently when Turkey launched a cross-border raid in northern Syria.

A US national security official said there was no indication the operation had captured Abu Bakr al-Baghdadi, the IS leader who has long been the coalition’s main target.

Earlier this month, the coalition announced a campaign to clear the last pockets of ISIS territory inside Syria.

US President Donald Trump tweeted about the anti-ISIS raid on Thursday, saying those arrested were ISIS’s “five most wanted leaders”.

It was unclear what criteria, if any, Trump was using to describe ISIS operatives as the “five most wanted.”

A US national security official said there was no indication the operation had captured Abu Bakr al-Baghdadi, the IS leader who has long been the coalition’s main target. The official was not authorized to publicly discuss the targets and requested anonymity.

Last year, the Pentagon said there were “some indications” that al-Baghdadi was still alive a month after Russia claimed to have killed him in a strike near the Syrian town of Raqqa.

None of the statements released by the president or the coalition on Thursday named the arrested IS fighters.

IS fighters invaded Iraq in the summer of 2014, taking control of almost a third of the country. At the height of the group’s power, their self-proclaimed caliphate stretched from the far reaches of Aleppo in Syria to just north of the Iraqi capital Baghdad.