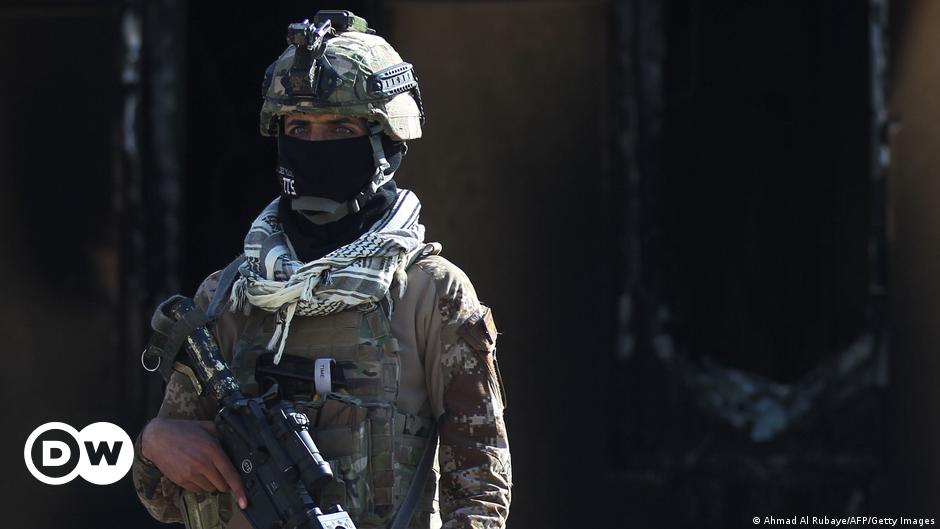 Jasim managed the finances of the terrorist group and was the subject of an award issued by the US government. He was also the assistant to the late leader of the group, Abu Bakr al-Baghdadi.

US forces killed Baghdadi in a raid in northwestern Syria in 2019.

Jasim, whose full name is Sami Jasim Muhammad al-Jaburi, is also called Hajji Hamid. The FBI describes him as “a former member of ISIS’s predecessor organization al-Qaida in Iraq (AQI)” on its Rewards for Justice website.

Members of the Iraqi Federal Police hold an ISIS flag, which they shot down during fighting between Iraqi forces and ISIS militants in Mosul in 2017

The FBI adds: “While he was an ISIS deputy in southern Mosul in 2014, he would have been the equivalent of ISIS’s finance minister, overseeing the group’s income-generating operations from illicit sales of oil, gas, antiques and minerals “.

The US Treasury placed it on a sanctions list in September 2015.