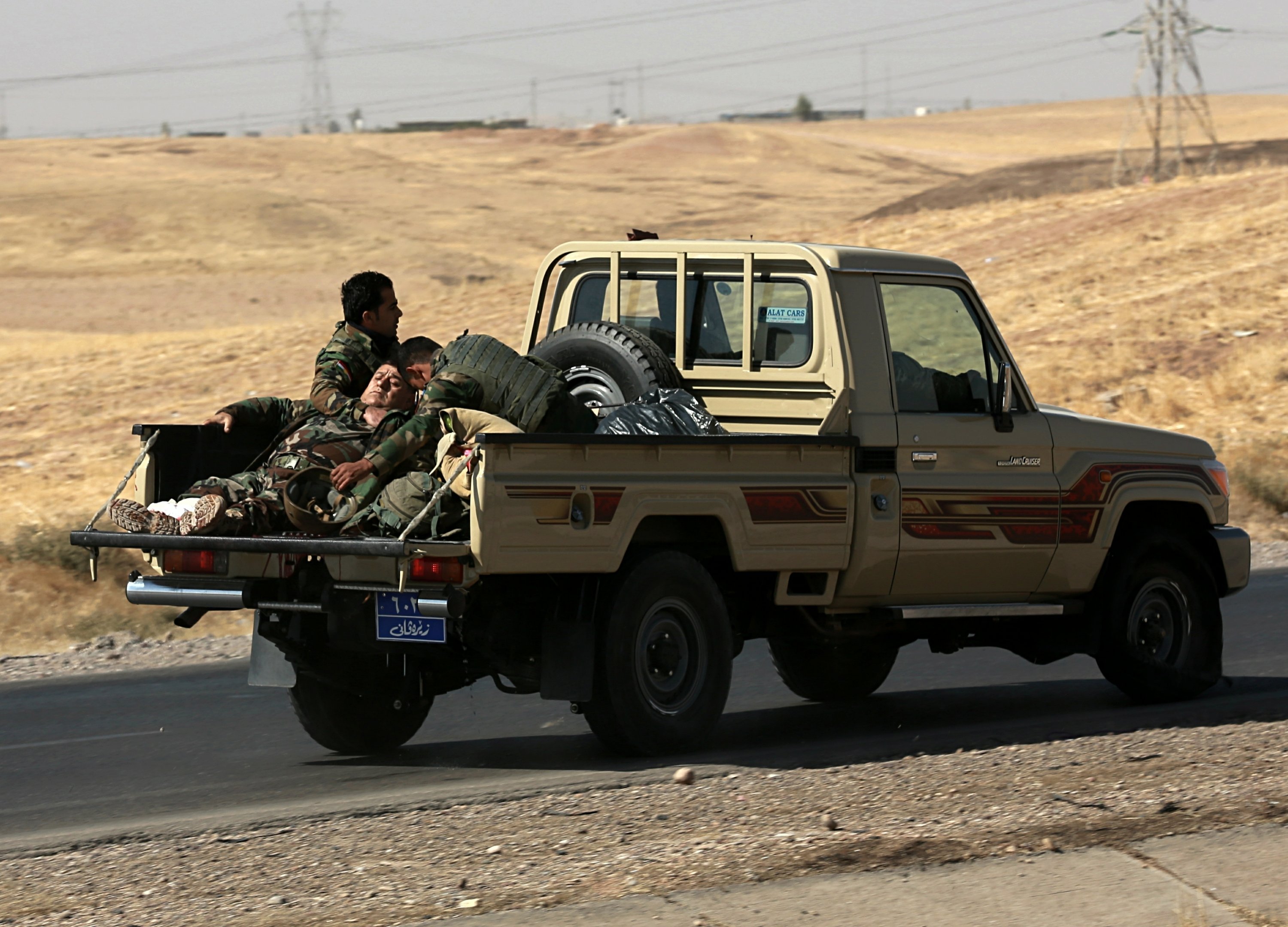 By evening, Iraqi forces had full control of the town of Altun Kupri, although Kurdish forces, known as peshmerga, were still shelling the town.

Altun Kupri is the latest town to be taken over by federal authorities from Kurdish control after Baghdad made it clear this week that it planned to roll back Kurdish forces’ gains during their joint war against the Islamic State group and restore lines borders on the 2014 map. of Iraq.

Kurdish authorities appeared determined to make Altun Kupri their last token stand against Iraq’s strongest army, after the peshmerga withdrew peacefully from other so-called contested areas earlier in the week.

“The Peshmerga forces of Kurdistan have resisted this confrontation heroically and recorded great honor,” the Kurdish general command said in a statement released around noon.

A commander of the Iran-backed Shiite militia known as the Popular Mobilization Forces, which fights alongside government troops, says there are no orders to advance beyond Altun Kupri and to enter the autonomous Kurdish region of the country.

Ercuman Turkmen, the PMF commander, said from inside the city that his forces were under sniper fire. He spoke to The Associated Press by phone.

The fight for Altun Kupri was the first instance of sustained clashes and artillery fire since Iraqi forces retook the disputed oil-rich city of Kirkuk on Monday.

At the city hospital, an AP reporter counted six civilians killed and 15 injured. It is not known how they sustained their injuries or if there were other casualties.

The town, with a population of around 9,000, was mostly empty as many residents fled the fighting.

A resident said he left the day before, anticipating the clashes, but had to return on Friday to rescue his brother, who was stuck without a vehicle.

“I saw houses being hit by shelling,” said Mohammed Sadreddine, an employee of the local water authority. He found refuge in Kirkuk.

The borders of the country’s autonomous Kurdish region have long been a source of conflict between Baghdad and Irbil, the Kurdish regional capital, and this week’s changes were the most dramatic since 2014, when the peshmerga recaptured positions abandoned by the Iraqi forces in the face of advancing IS militants.

Baghdad said Kurdish authorities had no right to retain the city or its province, which includes Altun Kupri, and which is outside the Kurdish region. The central government has also said that the peshmerga were the guardians of Iraqi territory during the war against IS and must now return these areas to federal authority.

Altun Kupri is the last town on the federal side of the border on the route between Kirkuk and Irbil.

Last month’s Kurdish independence referendum precipitated the crisis. The vote was not meant to be binding, but Baghdad rejected it, along with Iran, Turkey, the United States and others.

With the loss of Kirkuk, the Kurdish regional government lost a significant stream of oil revenue, dealing a serious blow to aspirations for independence.

Irregular Peshmerga and Kurid forces retaliated with rockets, heavy machine guns and their own artillery.

Around noon, the Iraqi Defense Ministry said counterterrorism forces, federal police and the Popular Mobilization Forces had taken over the city.

The Kurdish authorities have sent reinforcements to the front lines. AP saw a convoy of dozens of armored vehicles arriving from the Kurdish side, and fighters waiting in the town of Kustepe, on the Kurdish side of the border.

Thick black smoke billowed from a checkpoint north of Altun Kupri after being hit by a shell, and ambulances rushed from the front lines to Kurdish areas.