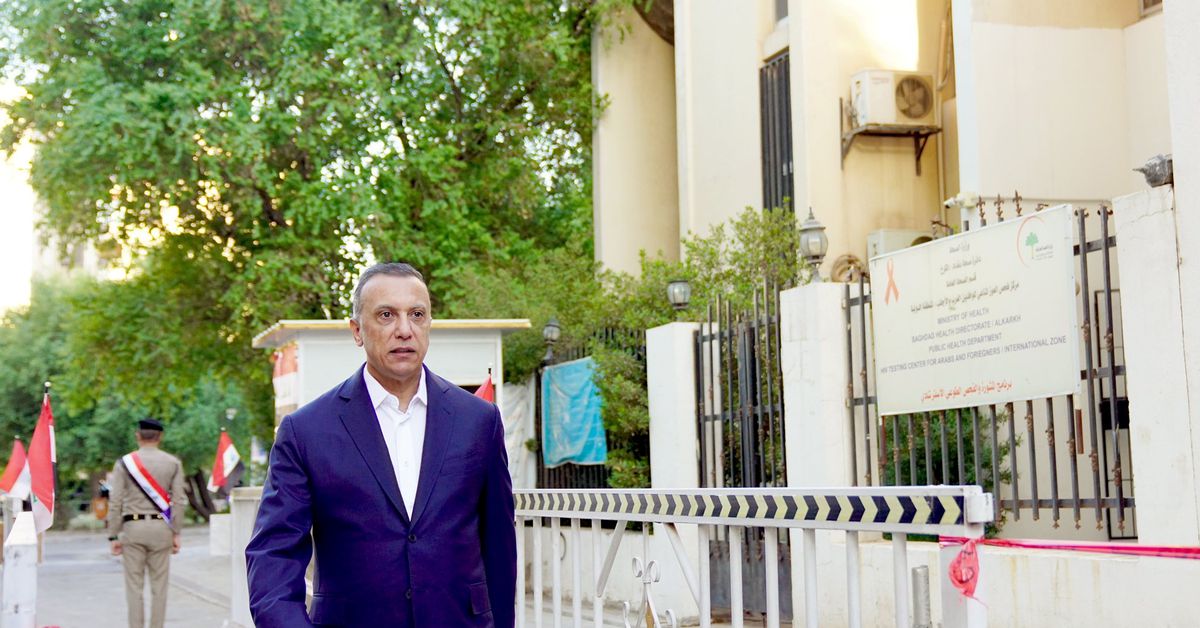 Iraqi Prime Minister Mustafa Al-Kadhimi arrives at a polling station to vote, as Iraqis go to the polls to vote in parliamentary elections, in the Green Zone of Baghdad, Iraq on October 10, 2021. Media office of the Prime Minister of Iraq / Document via REUTERS

Sami Jasim was held in “a complex external operation” by Iraqi intelligence services, Kadhimi wrote on Twitter, without giving further details or saying where he was captured.

Jasim, an Iraqi national, is one of the main leaders of the Islamic State who can offer valuable information about the group’s operations, said Hassan Hassan, an expert on the group. He is only the second top ISIS leader to be captured alive, he said.

Baghdadi, who declared himself the leader of a cross-border “caliphate” in Syria and Iraq in 2014, was killed during a US special forces operation in northwestern Syria in 2019.

While the Islamic State has been driven out of much of the territory it once held in Syria and Iraq several years ago, Western military officials estimate that it still has at least 10,000 fighters in the two countries. , usually in remote areas.

“Although we will not comment on any specific operations, we applaud our courageous Iraqi partners as they lead and regularly deal destructive blows at the remains of (IS),” said Lt. Col. Joel Harper, spokesperson for the coalition. led by the United States, in a statement. response to a Reuters question about the capture of Jasim.

The US-led coalition is working with Iraqi security forces and the Kurdish-led Syrian Democratic Forces in Syria against the remnants of the group. In Iraq, IS militants continue to carry out regular attacks on the Iraqi state police, army and paramilitary units, killing dozens of police officers and fighters last year.

Hassan, author of a book on the Islamic State and editor of New Lines magazine, said Jasim is a member of the Islamic State’s highest governing council, the delegate committee, which has between half a dozen and a dozen members, and is a close associate of the group’s leader, Abu Ibrahim al-Hashemi al-Quraishi.

His role has expanded from the group’s financial supervisor to coordinating activities between Iraq and Syria, Hassan said.

“He is involved in ISIS’s day-to-day operations in Syria and Iraq, so strategically and tactically this is an important capture for the Iraqis,” he told Reuters.

“Usually (IS leaders) blow themselves up or fight to the end.”

According to the website of the US State Department’s anti-terrorism rewards program, Rewards for Justice, Jasim has been “instrumental in managing the finances of ISIS’s terrorist operations.”

“While he was ISIS’s deputy in southern Mosul in 2014, he was said to have been the equivalent of ISIS’s finance minister, overseeing the group’s income-generating operations from illicit sales of oil, gas, antiques and minerals, “the statement said.