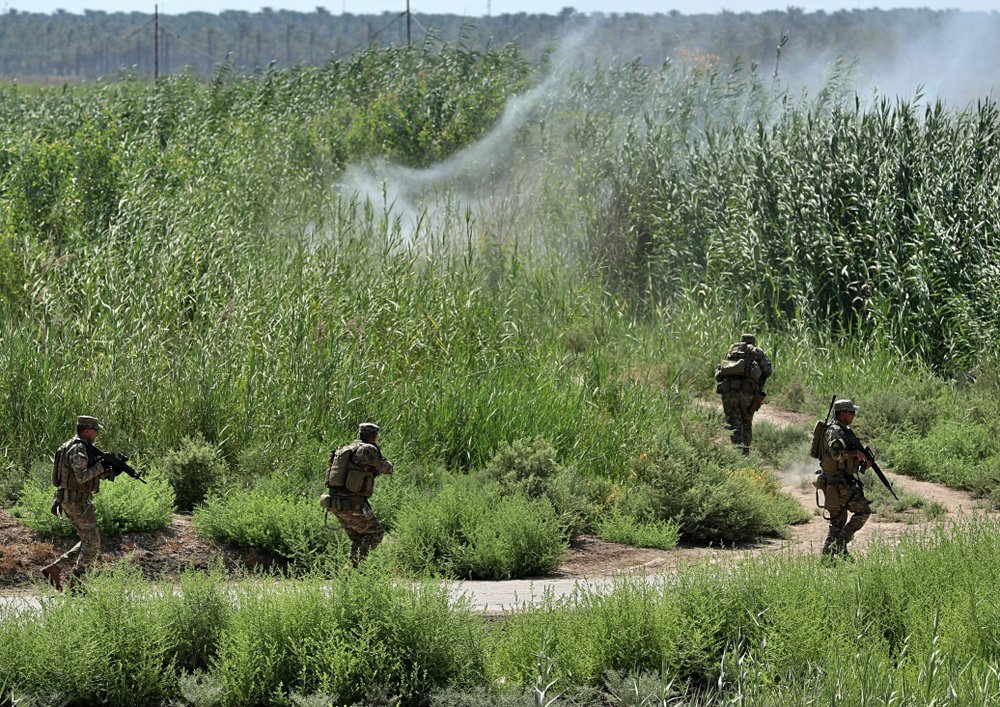 TARMIYAH, Iraq (AP) — Iraqi security forces swept through villages and farmlands north of Baghdad on Tuesday as part of an operation to clear remnants of the Islamic State group from the capital.

A military helicopter flew overhead as troops searched for weapons caches and bombs in Tarmiyah and Iraqi river police searched the Tigris. The area is about 50 kilometers (30 miles) north of Baghdad.

The crackdown is part of an operation dubbed ‘Will to Victory’, which began two weeks ago along the border with Syria and expanded last week to areas north of Baghdad and the provinces of Diyala, Salahuddin and Anbar.

Iraq declared victory against ISIS in July 2017, but the extremists, who once controlled much of northern and western Iraq, continued to carry out attacks, including ambushes and kidnappings .

Major General Jalil al-Rubaie, commander of Baghdad Operations Command, described it as a “well-planned operation” and urged Tarmiyah residents to cooperate with security forces. Much of the area is sparsely populated farmland, which militants have used to launch attacks on security forces.

Al-Rubaie said the operation was aimed at reassuring the people of Baghdad and surrounding areas about security in the region.

Iraqi security forces detonate an explosive device, planted by Islamic State militants, during a search operation in Taramiyah, 50 kilometers (31 miles) north of Baghdad, Iraq, on Tuesday, July 23 2019. Security forces sweep through villages and farmland north of Baghdad as part of an operation to remove remaining militants belonging to the Islamic State group from the country’s capital. (AP Photo/Hadi Mizban)