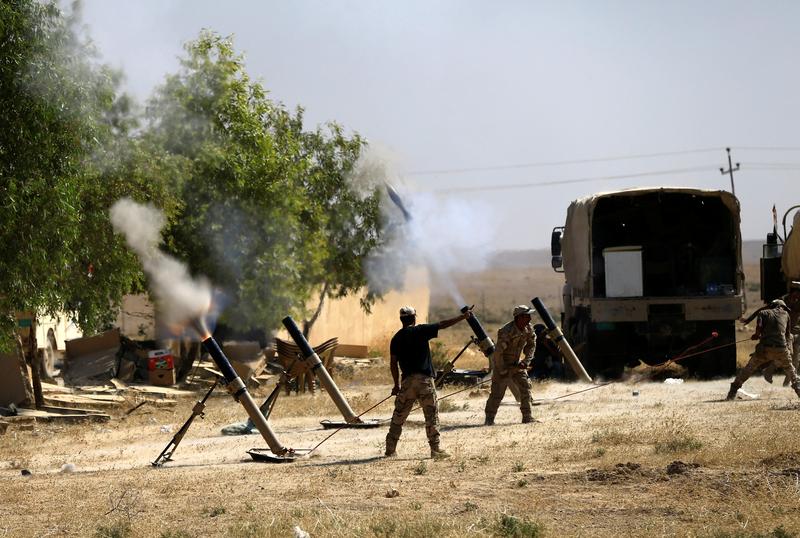 AL-‘AYADIYA/BAGDAD (Reuters) – Iraqi forces said they faced strong resistance on Monday from Islamic State fighters driven from the town of Tal Afar to a small town where they had ” nothing to lose” by fighting to the end.

An advance by the Iraqi army and Shia paramilitary groups into al-‘Ayadiya was slowed by snipers, booby traps and roadside bombs, military officials told Reuters.

“A total of four suicide bombers driving vehicles equipped with explosives attacked our troops under cover of snipers. We had to slow down to avoid high casualty rates among our soldiers.

“Our intelligence shows that Daesh’s most diehard fighters have fled Tal Afar to al-‘Ayadiya,” Kareem said.

He said continuous airstrikes and round-the-clock surveillance by drones had prevented them from fleeing to neighboring Syria.

“They have nothing to lose…they will fight to the last breath,” Kareem said.

Up to 2,000 seasoned militants reportedly defended Tal Afar against around 50,000 government troops last week. It was not known how many were left in al-‘Ayadiya.

Many motorcycles bearing the Islamic State insignia had been abandoned on the side of the road outside al-‘Ayadiya.

While the fight for the city proves surprisingly difficult, the biggest battle for Tal Afar has been easier than expected for the Iraqi forces.

The dramatic and rapid collapse of the city after just eight days of fighting confirmed Iraqi military reports that militants lack strong command and control structures west of Mosul.

Civilians who fled Tal Afar in recent weeks told Reuters of the harsh living conditions in the town, where people had survived for months on bread and dirty water. Some activists looked “exhausted” and “tired”, residents said.

Tens of thousands of people are believed to have fled in the weeks before the battle began. A Reuters team saw no signs of civilians in the neighborhoods visited on Saturday and Sunday.

Tal Afar became the next target in the US-backed war against the jihadist group after July’s recapture of Mosul, where it declared its “caliphate” over parts of Iraq and Syria in 2014.

The collapse of Mosul effectively marked the end of the caliphate, but the group still controls territory on both sides of the Syrian-Iraqi border.