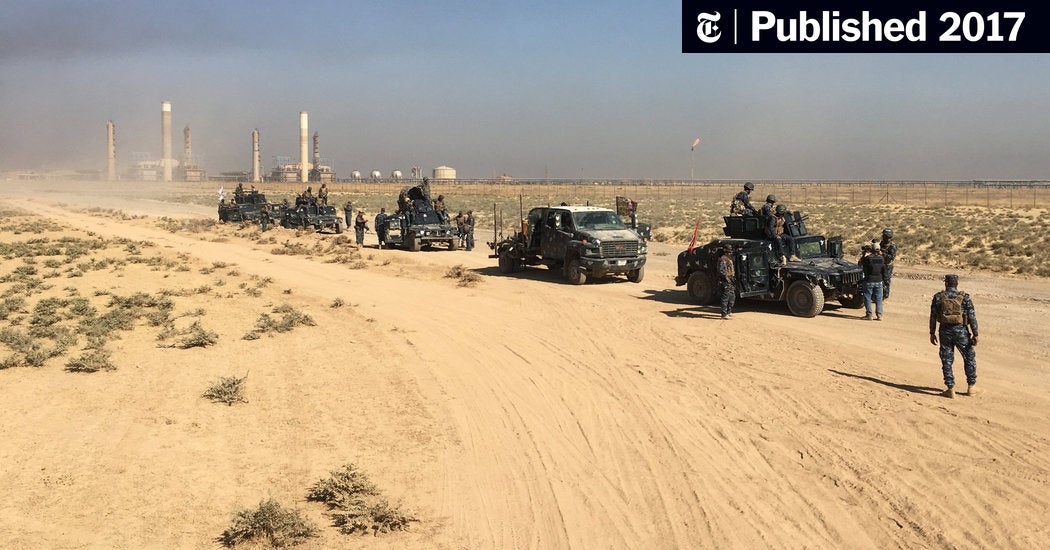 In a statement released on Monday afternoon, the American-led coalition downplayed any skirmish as accidental. The clashes were precipitated by “a misunderstanding”, the statement said, and were “not deliberate as two elements attempted to join in conditions of limited visibility” at night.

Colonel Ryan Dillon, coalition spokesman in Baghdad, said US forces in the area were monitoring the situation but were not involved in the fighting.

“We are monitoring the situation closely and urge all parties to avoid further escalation,” he said. “We opposed violence from any party and called against destabilizing actions that distract from the fight against ISIS and further undermine Iraq’s stability.”

While Washington appealed for calm, analysts said the US was content to drop this one, still furious that Mr Barzani had turned down a US offer to chair open-ended talks with Baghdad if the Kurds called off. vote. Analysts said the US sat quietly as Mr Barzani’s position eroded in the face of retaliation from Baghdad, which first halted international flights to the Kurdish region and then struck a deal with his rivals to take Kirkuk.

Monday evening, the Barzani government had made no public statement on the events of the day.

Officials in Baghdad said the province’s governor, Najmaldin O. Karim, had left Kirkuk for Erbil, the autonomous region’s capital. Mr. Karim could not be reached for comment. He was removed from his post by Baghdad earlier this year, but remained in office because Kurdish fighters controlled the city.

Military commanders in Baghdad said their troops had taken control of an industrial district west of Kirkuk, a power station and a refinery adjacent to oil fields outside the city and a military airport west of the city.