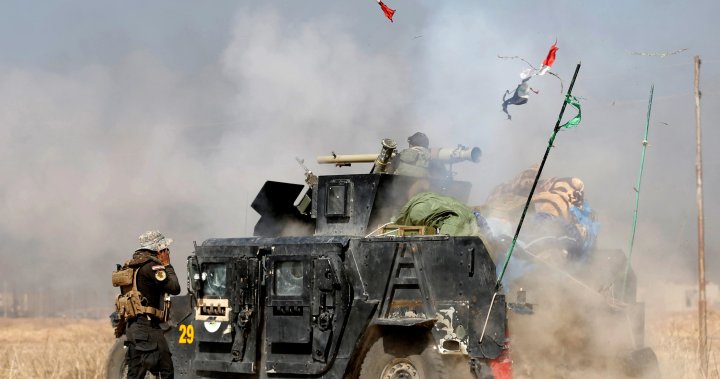 Security forces on Sunday killed an Islamic State commander and four fighters in the Hamrin Mountains region of northeastern Iraq, the army said.

The elite Counter Terrorism Service and Diyala Province Military Operations Command did not name the commander, but they said in a statement that he was in charge of Islamic State forces in Hamrin .

He and four “followers” were killed in the area northeast of Baquba, the provincial capital, on Sunday, he added.

Iraq declared victory over the group, which once held large swathes of the country, in December 2017.

The story continues under the ad

With its dream of a caliphate in the Middle East now dead, the Islamic State has moved on to blitzkrieg aimed at undermining the government in Baghdad.

READ MORE: Despite losing all his territory, Islamic State leader still at large

The militants have regrouped in the Hamrin mountain range in the northeast, which stretches from Diyala province, on the border with Iran, northwest to the Tigris River in Kirkuk province.