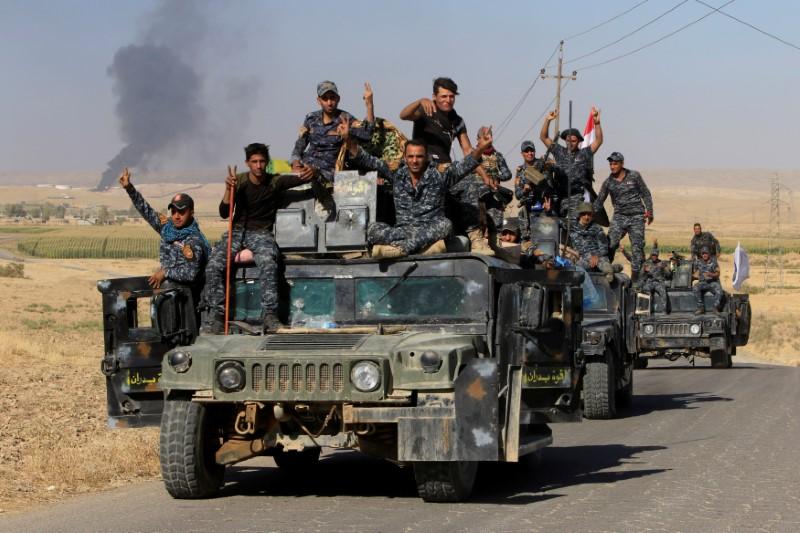 BAGHDAD (Reuters) – Iraqi forces and Kurdish Peshmerga fighters on Friday reached an agreement to stop the fighting in northern Iraq, the Kurdistan Regional Government (KRG) said, although the status of a ceasefire -the fire remains uncertain.

A spokesperson in Baghdad for the US-led coalition against Islamic State earlier said the deal covered all fronts of the conflict, which erupted after Kurdish authorities held a referendum on the independence last month in the northern regions of Iraq.

However, he later told Reuters that the truce had not been officially agreed, while an Iraqi military spokesperson declined to comment.

According to the KRG, based in Erbil, the capital of the Kurdish Autonomous Region, the ceasefire went into effect at 1 a.m. on Friday (10 p.m. GMT Thursday).

“The ceasefire is holding,” Vahal Ali, director of the media office of KRG president Masoud Barzani, told Reuters. â€œDiplomatic efforts are underway to set a date for the start of talks between Erbil and Baghdad. “

US Secretary of State Rex Tillerson called on Iraqi Prime Minister Haider al-Abadi to engage in dialogue, the Iraqi central government said in a statement.

Iraqi government forces, Iranian-backed militias and Kurdish troops fought side-by-side to defeat the Islamic State, also known as ISIS, but the alliance faltered with the largely defeated militants in the country.

Iraqi government forces and the Tehran-backed Popular Mobilization launched a surprise offensive on October 16 in retaliation for the September 25 independence referendum organized by the KRG.

The offensive aims to capture disputed territories, claimed by both the KRG and the Iraqi central government, as well as border posts and oil facilities.

The city of Kirkuk, located in an oil-producing area, fell to Iraqi forces without much resistance on October 16, but the Peshmerga began to retaliate by withdrawing from the Kurdish Autonomous Region.

The most violent clashes occurred in the northwest corner where the Peshmerga defend land crossings to Turkey and Syria and an oil hub that controls KRG crude exports, located in the Fish-Khabur region. .

Speaking in Geneva on Thursday, Tillerson said he was “disappointed that the parties were unable to come to an entirely peaceful resolution” and that he had encouraged Abadi to accept the “openings of KRG talks on the basis of of the Iraqi constitution “.

“The two sides are talking to each other, but this is not an official ceasefire,” US Colonel Ryan Dillon, spokesman for the US-led coalition in Baghdad, told Reuters, correcting a statement earlier in which he declared that a ceasefire had been agreed. ,

In an interview with Kurdish TV Rudaw, Dillon called on both sides to extend the deal until hostility has come to an end and to “refocus our efforts on defeating ISIS.”

“We encourage dialogue, we try to lower tensions,” he added.

Abadi demanded Thursday that the Kurds declare their referendum void, rejecting the KRG’s offer to suspend its independence campaign to resolve a crisis through talks. “We will not accept anything other than its annulment and respect for the Constitution,” he said in a statement during a visit to Tehran.

The KRG on Wednesday proposed an immediate ceasefire, a suspension of the referendum result and “the opening of an open dialogue with the federal government on the basis of the Iraqi Constitution”.

The fall of Kirkuk was a blow to Barzani’s campaign for Kurdish independence, as it halved the region’s oil export revenues.

Kurdish and Iraqi forces and militias clash in northern Iraq