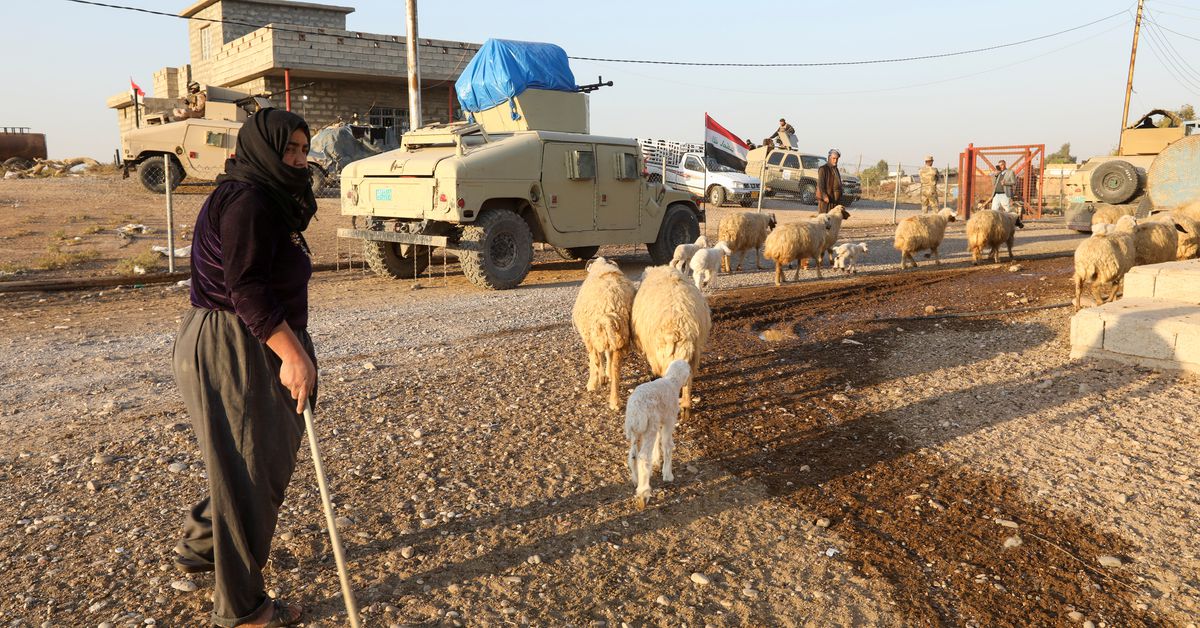 In another attack on Sunday, ISIS militants killed four Peshmerga soldiers and a civilian, and injured six others when they attacked the village of Qara Salem in northern Iraq, sources said. security.

Register now for FREE and unlimited access to reuters.com

The Peshmerga Affairs Ministry said in a statement that the attack claimed victims, but did not confirm the toll.

The peshmerga are the military forces of the autonomous region of Iraqi Kurdistan.

Iraqi forces and Kurdish Peshmerga fighters participate in an intensive security deployment after Islamic State militants recaptured them the day before in the village of Luhaiban in Kirkuk, Iraq on December 6, 2021. REUTERS / Ako Rasheed

“They are avoiding holding the ground any longer (…) Other reinforcement forces have been sent to the region to prevent further attacks,” the colonel said.

Iraqi forces and Kurdish Peshmerga fighters reinforced their troops on Monday in the area where the attacks were carried out by a militant group with Iraqi military helicopters hovering over to chase the militants, two Iraqi security sources said.

The two villages are in remote territory claimed by the Iraqi government in Baghdad and the government of the northern Kurdish Autonomous Region in Erbil where attacks by the Islamic State take place regularly.

But this is a rare incident where ISIS militants control a residential area near a main road, a highway that connects Erbil with the city of Kirkuk.

Iraq declared victory over the hard-line Sunni militant group in December 2017. Although the group has been largely defeated, it continues to carry out sporadic attacks and exploit limited cells in the country, particularly in the north.

Register now for FREE and unlimited access to reuters.com

Report by Ali Sultan in Sulaimanyiya, Mustafa Mahmoud in Kirkuk and Ahmed Rasheed in Baghdad; Written by Enas Alashray; Editing by Angus MacSwan

Where is ISIS’s new stronghold in Iraq?