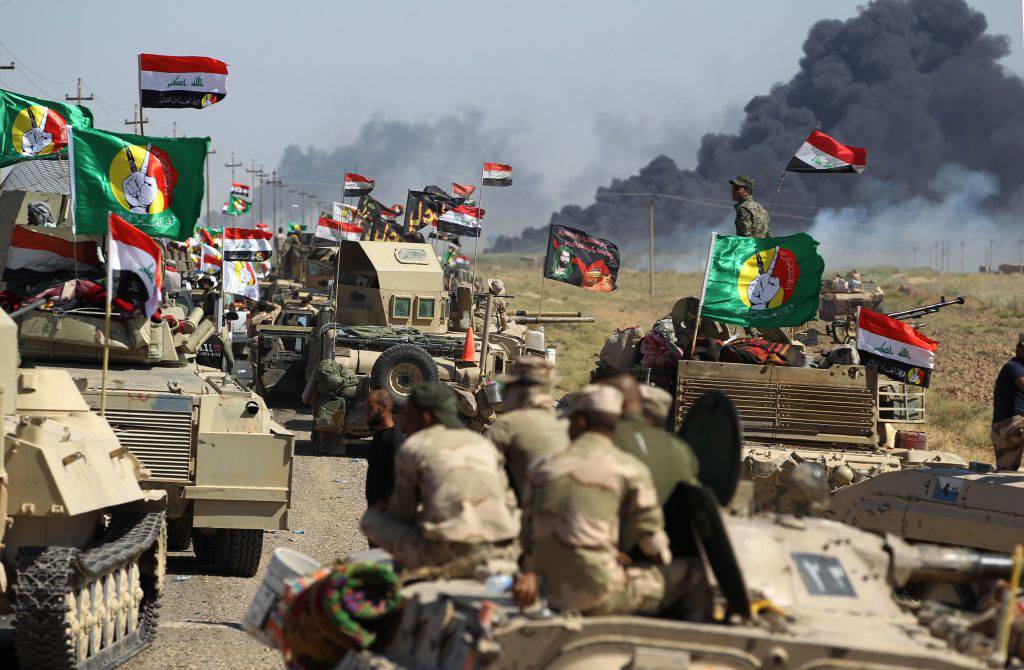 WASHINGTON — Iraqi forces have launched an operation to liberate the last remaining territories under the control of the Islamic State in Iraq.

Al-Qaim and Rawa are the last territories controlled by Islamic State militants in Iraq. US officials in Baghdad estimate there could be nearly 1,500 IS fighters in al-Qaim.

“The heroic legions are advancing to eliminate the last bastion of terrorism in Iraq in order to liberate al-Qaim, Rawa, the villages and towns of western Anbar, who will all return to their homeland,” the prime minister said. Iraqi Haider al-Abadi in a statement. statement posted on Facebook Thursday morning.

Al-Qaim is a strategic town located near the Syrian border that was captured by ISIS militants in June 2014. Prior to its capture, the town had a population of around 150,000, according to US officials from the Inherent Resolve operation.

Islamic State has rapidly lost ground since the fall of Mosul in mid-July. The town of Tal Afar was liberated by Iraqi forces in August, and the town of Hawija was liberated from IS militants in mid-September after only a few weeks of fighting.

ISIS’s de facto capital, Raqqa, was liberated by the US-backed Syrian Democratic Forces in mid-October after just four months of fighting. SDF fighters backed by US airpower continued an offensive against ISIS in the province of Deir ez-Zour, along the Middle Euphrates Valley.

The rapid deterioration of ISIS has called into question the militant group’s ability to launch offensive operations and the current state of its ruling core.

According to Colonel Patrick Work, commander of the 82nd Airborne Division’s 2nd Brigade Combat Team, the rapid collapse of ISIS is largely due to the resources the terror group has expended defending Mosul.

The nearly nine-month battle has undermined the group’s manpower and logistics, Work told reporters in a phone interview in early October.

However, the release of al-Qaim and Rawa will not be the end of ISIS. Although the group is in the process of losing its territorial land holdings, US officials are looking for signs that the group may be trying to reconstitute itself.

While the physical caliphate of the Islamic State has crumbled, its ideology is still pervasive in the ungoverned territories of the Middle East, North Africa, West Africa and the Eastern Horn. Africa.

The group still controls territory in Yemen where a drone in mid-October by US unmanned aircraft targeted a training camp run by the terror group.

US drone strikes also targeted ISIS in Libya this fall. The terror group still holds territory in the Libyan desert since its ouster from the Libyan city of Sirte in December.

Islamic State militants are also suspected in the attacks that killed four American soldiers in Niger on October 4.

“As we clear the remaining areas held by ISIS in Iraq and Syria, we are about to discover that ISIS’s external operations can continue to operate without territorial control,” said Jennifer Cafarella, Islamic State expert at the Institute for the Study of War. Times.