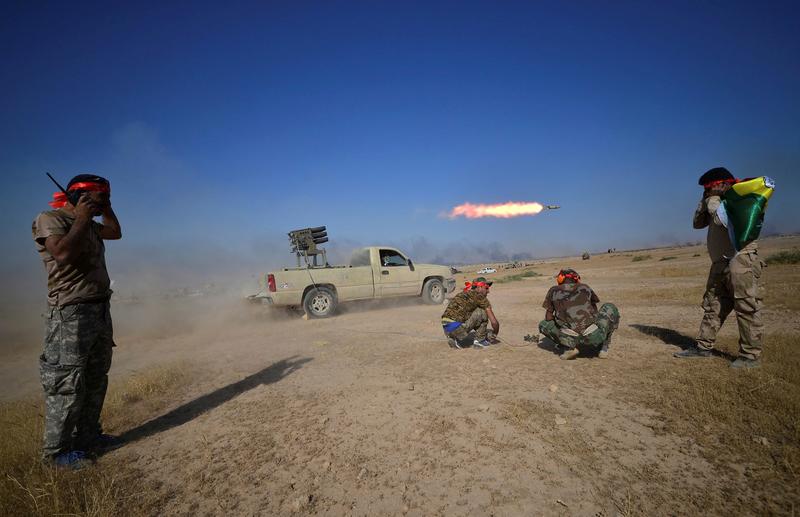 ERBIL, Iraq (Reuters) – Iraqi forces have made further progress in their offensive to dislodge Islamic State from Tal Afar, seizing five more villages on the eastern and southern outskirts of the city, the Iraqi government said on Thursday. army.

On the fifth day of their assault, Iraqi forces continued to encircle the jihadists who are holding out in the town in far northwestern Iraq near the Syrian border, according to statements from the Iraqi Joint Operations Command.

Within the city limits, Iraqi forces captured three more neighborhoods – al-Nour and al-Mo’allameen in the east and al-Wahda in the west, taking over several strategic buildings in the process.

The advances were the latest in the campaign to drive the militants out of one of their last strongholds in Iraq, three years after they seized large swaths of the north and west in a shock offensive. On Tuesday, army and anti-terrorist units stormed into Tal Afar from the east and south.

The main forces participating in the offensive are the Iraqi army, air force, federal police, the elite US-trained Counter Terrorism Service (CTS) and some units of the Shia Popular Mobilization Forces (PMF) who began to encircle the city. on Sunday.

About three-quarters of Tal Afar remains under militant control, including the Ottoman-era citadel at its center, according to an operational map released by the Iraqi military.

Located 80 km west of Mosul, Tal Afar lies along the supply route between the city – which Iraqi forces recaptured from IS in July after nine months of fighting – and Syria.

Tal Afar has produced some of IS’s most senior commanders and was cut off from the rest of IS-held territory in June.

Up to 2,000 seasoned militants remain in Tal Afar, according to US and Iraqi military commanders. It is estimated that between 10,000 and 40,000 civilians remain in the city and its surrounding villages.