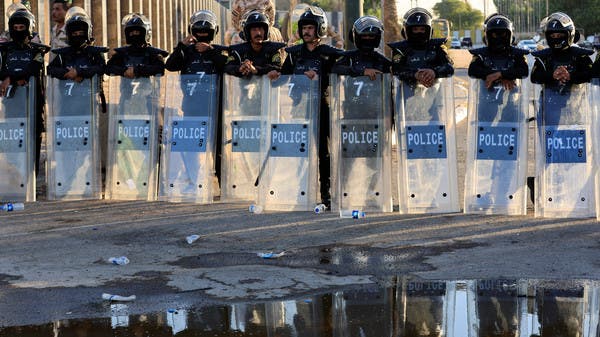 Iraqi forces are able and ready to protect diplomatic missions in Baghdad’s Green Zone as supporters of Shia cleric Muqtada al-Sadr protest against the selection of a new prime minister, military spokesman Yahya Rasool said on Sunday. in an interview with Al Arabiya.

For the latest headlines, follow our Google News channel online or through the app.

The capital remains stable and security forces have carried out proactive intelligence operations to prevent any side from provoking sedition, Rasool added.

All roads in the capital have been reopened and traffic in the diplomatic green zone has returned to normal as additional security forces have been deployed there, Rasool said, even as protesters continue their second day of occupation. of parliament.

Al-Sadr supporters stormed the parliament building on Saturday after demolishing concrete barriers on the perimeter of the Green Zone.

The trigger for the protest was the decision by a rival, pro-Iran Shia bloc to choose Mohammed Shia al-Sudani for the post of prime minister.

In a multi-religious and multi-ethnic Iraq, government formation has involved complex negotiations since a US-led invasion in 2003 toppled Hussein.

Al-Sadr’s bloc emerged from the October elections as the largest parliamentary faction, but was still far from having a majority.

In June, its 73 lawmakers resigned in a bid to break the deadlock over the installation of a new government.

This led to a pro-Iran bloc emerging as the largest in parliament, but there was still no agreement on the appointment of a new prime minister, president or cabinet.

The occupation that began on Saturday was the second time in days that al-Sadr supporters have forced their way into the legislative chamber.

The protests are the latest challenge for a country trying to overcome decades of war and is now facing the impact of climate change.

Despite oil wealth and high global crude prices, Iraq remains dogged by corruption, unemployment and other issues, which sparked a youth-led protest movement in 2019.

Ukraine has earned our respect and trust: we must fully arm Ukraine to defeat Russia