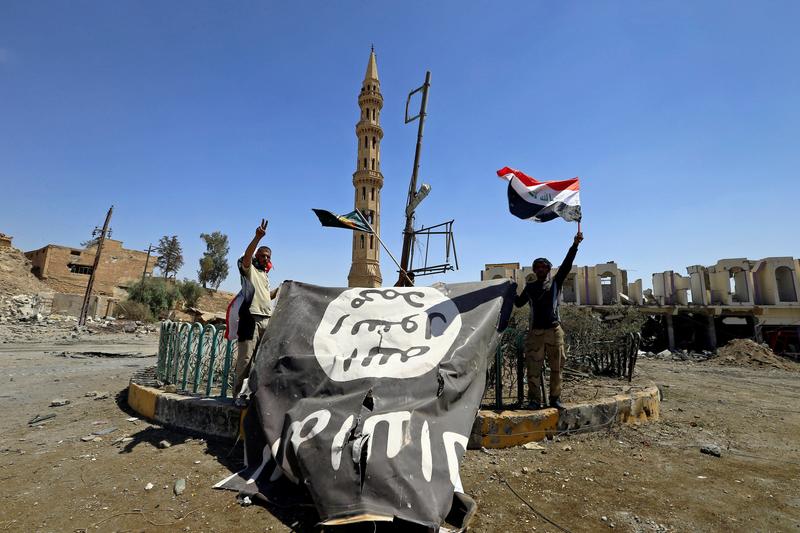 TAL AFAR, Iraq (Reuters) – Iraqi forces have taken over almost all of Tal Afar, the Islamic State stronghold in the northwest of the country, the Iraqi army said on Sunday.

After just eight days of fighting, all 29 neighborhoods of Tal Afar town have been recaptured from the militant group, the army said in a statement on Sunday.

However, fighting continued in al-‘Ayadiya, a small area 11 km northwest of the city, where militants who had fled the district’s downtown were hiding, the spokesman said. Iraqi army, Brigadier General Yahya Rasool.

Iraqi forces were waiting to retake the area before declaring the offensive a complete victory, he said.

Tal Afar was the latest target in the US-backed war against the jihadist group after July’s recapture of Mosul, where it declared its self-declared caliphate over parts of Iraq and Syria in 2014.

The offensive on Tal Afar, which lies on the supply route between Syria and the former Islamic State stronghold of Mosul, began on August 20. military sources.

Such a rapid collapse of the Islamic State in the city, which has been a breeding ground for jihadist groups, would confirm Iraqi military reports that the militants lack command and control structures west of Mosul.

Residents who fled Tal Afar days before the start of the offensive told Reuters that some of the militants looked “worn out” and “tired”.

Elite forces liberated the heart of the city on Saturday and raised the national flag atop the citadel, the army said. Much of the Ottoman-era structure was destroyed by militants in 2014.

A Reuters visual team visited the citadel on Sunday and saw signs of extensive damage to much of the structure.

“We tried to push the militants back without doing too much damage,” said a Shiite militia soldier fighting with Iraqi forces who asked not to be named. “We only used small arms.”

Iraqi soldiers were seen celebrating the recapture of Tal Afar on Sunday, removing IS flags from their perches in the city center and taking photos mocking the militants.

The fighting had almost stopped on Saturday, with only occasional artillery fire heard. There were no signs of civilians in the neighborhoods visited by Reuters on Saturday and Sunday.

Tens of thousands of people are believed to have fled in the weeks before the battle began. The remaining civilians were threatened with death by the militants, according to aid organizations and residents who managed to leave.

Tal Afar saw cycles of Sunni-Shia sectarian violence after the US invaded Iraq in 2003, and produced some of the Islamic State’s most senior commanders.

Written by Raya Jalabi. Additional reporting by Ahmed Rasheed in Baghdad and Raya Jalabi in Erbil; Editing by Louise Heavens and David Evans