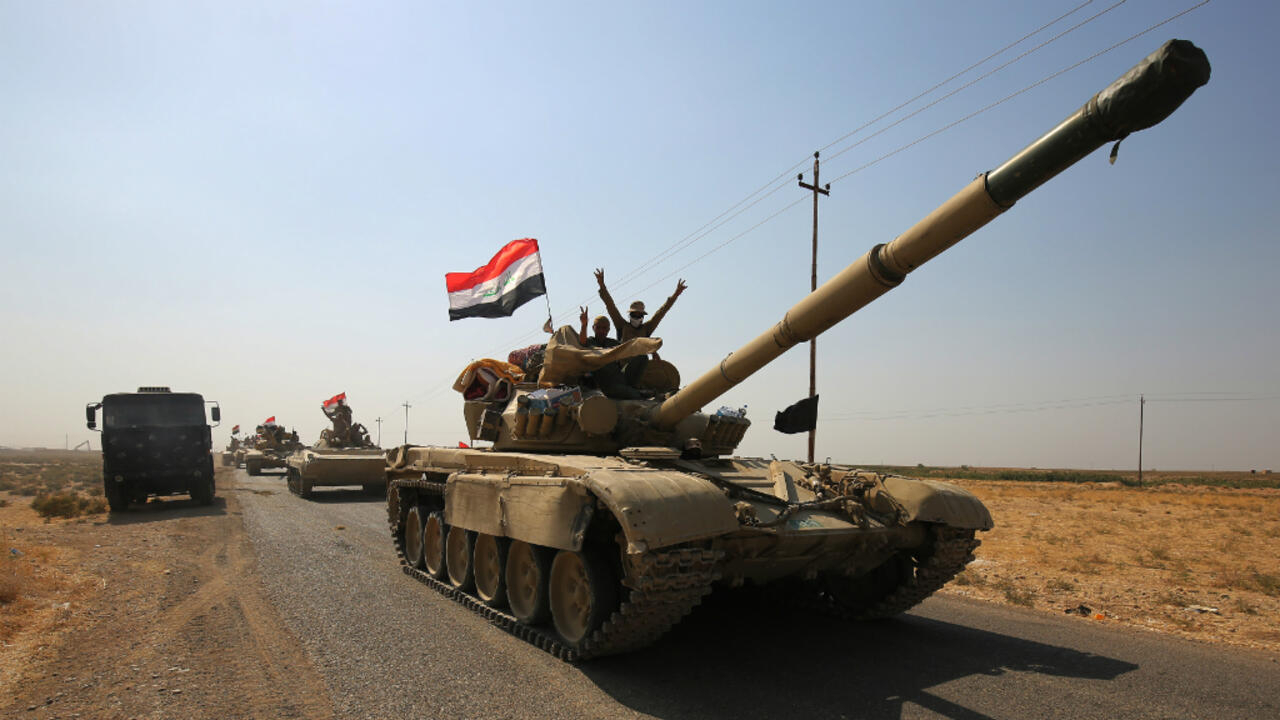 Iraqi forces retake airport, military base and oil field from Kurds in Kirkuk

Iraqi forces seized control of a military airport from Kurdish fighters near the disputed city of Kirkuk on Monday, following tensions over a controversial independence referendum, the military said.

The move came as Iraqi forces also captured an oil field and the main military base in the area after launching a major operation overnight, according to the Iraqi Joint Operations Command.

Earlier Monday, Iraqi and Kurdish forces exchanged artillery fire south of the city of Kirkuk, after central government forces launched a “major operation” to take control of a Kurdish military base and oil fields.

Shortly before, state television reported that government troops had taken “large areas” of the province from Kurdish peshmerga fighters “without a fight”, although military sources on both sides reported exchanges of fire from Katyusha rockets south of the provincial capital.

The Prime Minister who declared this week that he “was not going to… make war on our Kurdish citizens”, “gave the order to the armed forces to take charge of security in Kirkuk”, indicated the state television.

Iraqi troops will “secure government bases and installations in Kirkuk province”, the government said. They aimed to retake military bases and oil fields that Kurdish peshmerga fighters took in 2014 during the fight back against the jihadist group Islamic State.

Several peshmergas were injured in the clashes and hospitalized in Kirkuk, said a local security source.

Abadi said members of the Hashed al-Shaabi, the paramilitary Popular Mobilization forces, which are dominated by Iran-backed Shiite militias, would stay away from Kirkuk, where there have been multiple protests against their involvement in the conflict.

“Counter-terrorism units, the army’s 9th armored division and the federal police have regained control of large areas of Kirkuk province without a fight,” a general from the counter-terror force said.

Two people were killed in artillery exchanges in Tuz Khurmatu, 75 kilometers from Kirkuk, which has been rocked every night since Friday by fighting between the peshmerga and Hashed al-Shaabi, a doctor at a hospital in the city said. town.

An AFP photographer saw columns of Iraqi troops heading north from the town of Taza Khurmatu, south of Kirkuk.

The takeover of Kirkuk comes days after a standoff between Kurdish forces and the Iraqi army and the expiration of a deadline for Kurdish peshmerga fighters to withdraw from areas they have controlled since 2014.

Iraqi forces were seeking to retake ‘base K1’, just eight kilometers (five miles) north of Kirkuk, which was one of the Iraqi army’s main bases before it was taken over by the peshmerga in 2014 .

Earlier on Sunday, Iraq’s National Security Council said it considered a “declaration of war” the presence of “combatants outside the regular security forces in Kirkuk”, including fighters from the Workers’ Party of Kurdistan (PKK), banned in Turkey.

Sunday’s crisis talks made little progress in resolving a standoff between Kurdish and Iraqi forces in the province.

Tensions have skyrocketed between the central government and the Iraqi Kurds since they overwhelmingly voted for independence in a Sept. 25 referendum, the results of which Baghdad demanded be annulled.

‘Both sides…can’t afford to back down,’ says analyst Zayd Alisa

For their part, the Iraqi forces have declared that they do not want to enter Kirkuk but want to retake positions and military infrastructures that they controlled before the withdrawal of their troops in the face of hostility from the jihadists.

On the outskirts of town, they used loudspeakers to call on the peshmerga to abandon their positions, local sources said.

Baghdad demanded that the Kurds drop the results of the September 25 non-binding referendum that produced a resounding “yes” for independence for the Kurdish autonomous region in northern Iraq.

Long claimed by the Kurds as part of their historic territory, the province has emerged as the main focus of protest.

Polling during the referendum took place not only in the three provinces of the Kurdish autonomous region, but also in adjacent Kurdish-controlled areas, including Kirkuk, which are claimed by both Baghdad and Iraqi Kurdistan.

The referendum was declared illegal by Baghdad and organized despite international opposition.

The Kurds control the city of Kirkuk and three major oil fields in the province which produce some 250,000 barrels a day, accounting for 40% of oil exports from Iraqi Kurdistan.

The deposits would provide crucial revenue for Baghdad, which has been strapped for cash due to falling global oil prices and a three-year battle with IS. Iraq is also demanding the return of a nearby military base and airport, according to the Kurds.