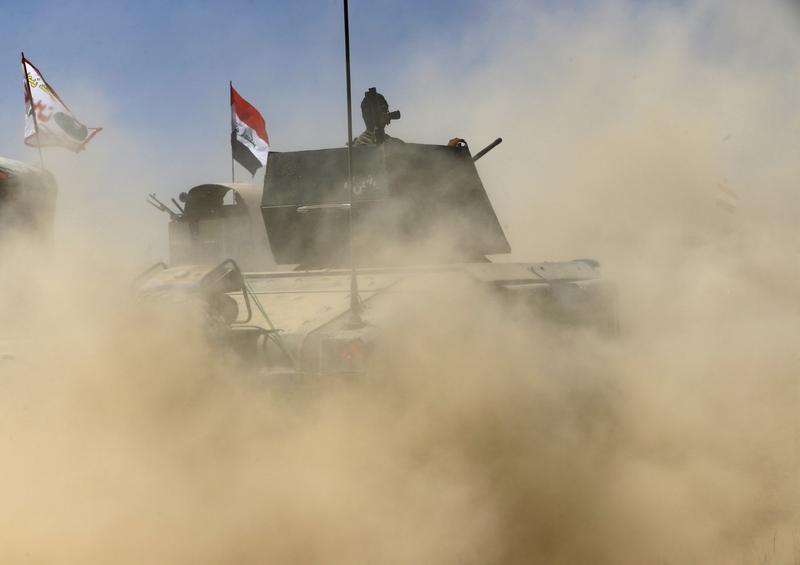 TAL AFAR, Iraq (Reuters) – Iraqi government forces broke through Islamic State lines inside Tal Afar on Friday, reaching the old city center and the area around the Ottoman-era citadel, according to a military statement.

On the sixth day of the offensive, Iraqi elite units captured the northern neighborhoods of Nida’, Taliaa, Uruba, Nasr and Saad, according to a statement from the Iraqi Joint Operations Command (JOC).

Iraqi forces have captured about three-quarters of the city since the offensive began in the early hours of August 20, according to the latest JOC map, released Friday evening. The militants remain masters of the northeast quarter.

Tal Afar lies on the supply route between Syria and the former Islamic State stronghold of Mosul, 80 km (50 miles) to the east. It produced some of the militant group’s most senior commanders.

Tal Afar, which had a pre-war population of around 200,000, is the latest focus of the US-backed war against Islamic State, after Mosul was retaken after a nine-month campaign that left much of the city, the largest in northern Iraq, in ruins.

The fall of Mosul effectively marked the end of the self-declared Islamic State caliphate declared over parts of Syria and Iraq in 2014. Tal Afar was cut off from the rest of ISIS-held territory in June.

Up to 2,000 seasoned militants remain in Tal Afar,

according to US and Iraqi military commanders. The number of civilians remaining in the city is between 10,000 and 20,000, according to the US military.

As in the battle for Mosul, civilians are suffering.

Waves of residents fled the town in the weeks before the battle began. Those who remain face death threats from the militants, who have held firm there since 2014, according to aid organizations and residents who managed to flee.

On Tuesday, the UN refugee agency, UNHCR, said those who had fled were suffering from dehydration and exhaustion, having lived on unsafe water and bread for three to four months. People were arriving in IDP camps with wounds from sniper fire and exploding mines.

Two mass graves, containing around 500 bodies, were discovered in Badosh, on the road between Mosul and Tal Afar, another military statement said on Friday. The dead are thought to be inmates killed by the militants when they overran a prison in the area in 2014, he added.