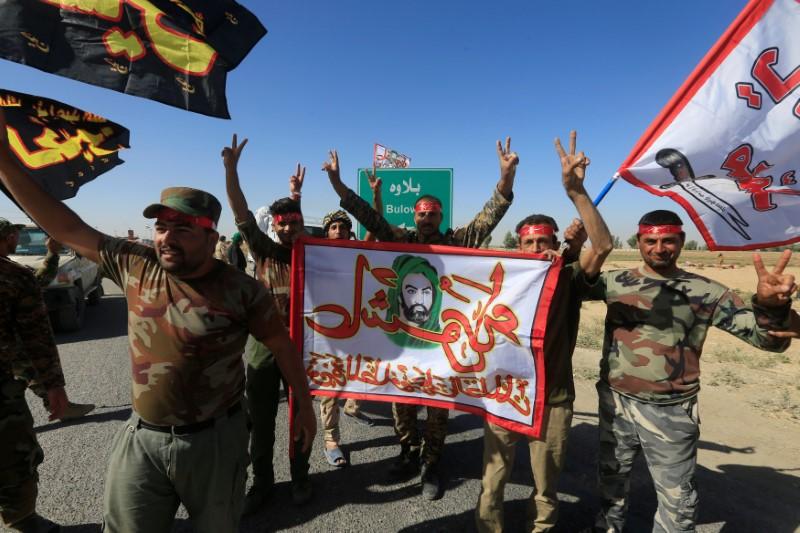 BAGHDAD/KIRKUK, Iraq (Reuters) – Iraqi government forces captured the Kurdish-held main oil town of Kirkuk on Monday, responding to a Kurdish referendum on independence with a bold lightning strike that shifts the balance of power in the country.

A convoy of armored vehicles from the US-trained Iraqi elite counter-terrorism force seized the provincial government headquarters in Kirkuk on Monday afternoon, less than a day after the operation began, the operation said. a Reuters reporter in Kirkuk.

Neither party gave a toll for the operation. But an aid group working in Kirkuk said several Kurdish peshmerga fighters and Iraqi soldiers were killed in an overnight clash south of the city – the only serious fighting reported.

As Iraqi forces advanced, Kurdish operators briefly shut down some 350,000 barrels a day of oil production at two large fields in Kirkuk, citing security concerns, Oil Ministry sources on both sides said. But production resumed soon after following an Iraqi threat to seize fields under Kurdish management if they did not, the sources said.

It was not immediately clear if or when the Iraqi government would seek to regain control of all oilfields in Kirkuk, a vital source of revenue for the Kurdistan Regional Government (KRG).

The short suspension of production has helped push up global oil prices, with the shutdown accounting for more than half of total Kurdish production.[O/R]

A dozen Iraqi armored vehicles arrived at the provincial government headquarters in Kirkuk and took up positions nearby alongside local police. They pulled down the Kurdish flag and let the Iraqi flag fly.

Thousands of Kurdish civilians have fled the city of a million people for fear of reprisals. A Kurdish father of four who was leaving Kirkuk for the Kurdish regional capital Erbil, in the north, said: “We no longer feel safe. We hope to return home, but at the moment we believe it is dangerous for us to stay.

Crowds of ethnic Turkmen who opposed Kurdish control of the city were celebrating. Some led convoys with Iraqi flags and fired shots in the air.

“Today should become a public holiday, we are so happy to have eliminated Barzani’s party,” said a man celebrating on a motorbike, waving the blue and white flag of the Turkmens of Iraq, referring to Kurdish leader Masoud Barzani .

US President Donald Trump told reporters at the White House that Washington would not take sides in the matter but “we don’t like the fact that they are fighting each other.

“We have had a very good relationship with the Kurds for many years, as you know, and we have also been on the side of Iraq, even though we should never have been there in the first place.

US officials have called for calm on both sides, seeking to avoid an all-out conflict between Baghdad and the Kurds that would open a whole new front in Iraq’s 14-year civil war and potentially draw in regional powers such as Turkey and Israel. Iran.

The central government in Baghdad considers the Kurdish independence referendum of September 25 illegal, especially since it was held not only in the KRG autonomous region, but also in Kirkuk and other areas. adjacent areas occupied by peshmerga forces after driving out Islamic State militants in 2014.

The peshmerga moved in after Iraqi government forces crumbled in the face of a swift Islamic State attack, preventing jihadists from seizing oil fields.

Iraqi Prime Minister Haidar al-Abadi ordered the national flag to be raised over Kirkuk and other disputed areas.

Baghdad described his army’s advance as largely unopposed and urged the peshmerga to cooperate in keeping the peace.

The peshmerga said Baghdad should pay “a heavy price” for starting “a war against the people of Kurdistan”.

NOT DECISIVE AGAINST THE KURDISH SECESSION

The overnight advance was the most decisive step Baghdad has yet taken to block the independence bid of the Kurds, who have ruled an autonomous region in northern Iraq since the fall of Saddam Hussein in 2003 and voted three weeks ago to secede.

Kirkuk, one of the most ethnically and religiously diverse cities in Iraq, is located just outside the Kurdish Autonomous Zone. The Kurds consider it the heart of their homeland; they say it was cleansed of Kurds and colonized by Arabs under Saddam to ensure control of the oil that was the source of Iraq’s wealth.

Washington, which arms and trains both Iraqi federal forces and the peshmerga to fight Islamic State militants, urged “all parties to immediately cease all military action and restore calm,” according to a statement. from the American Embassy.

“ISIS (Islamic State) remains Iraq’s true enemy, and we urge all parties to remain focused on completing their country’s liberation from this threat.

US Department of Defense spokesman Col. Robert Manning declined to speculate on whether Washington might cut off military aid and training for Iraqi forces in the event of a major conflict. “I’m not going to speculate on that, but I will tell you that we are looking at all options for planning considerations… We encourage dialogue,” he said.

State television said Iraqi forces had also entered Tuz Khurmato, a burning town where there had been clashes between Kurds and mainly Shia Muslims of Turkmen origin.

The “Abadi government bears the main responsibility for starting the war against the people of Kurdistan and will have to pay a heavy price”, the peshmerga command said in a statement, quoted by the assistant of the Kurdish leader Barzani, Hemin Hawrami .

The Kurdish secession attempt was strongly resisted by Iranian and Turkish neighbors. Washington, an ally of the Kurds for decades, pleaded in vain with them to stop a vote that could break up Iraq.

There were signs of infighting among the Kurds, who for decades had been divided into two main factions, the KDP of regional government leader Barzani and the PUK of his longtime rival Jalal Talabani, who served as president of Iraq ceremony in Baghdad from 2003 to 2014. and died two weeks ago.

Both Kurdish parties control their own peshmerga units. While Barzani’s KDP strongly backed the independence referendum, some PUK figures were more circumspect.

Monday’s Peshmerga statement accused a group within the PUK of “treason” for allegedly aiding Baghdad’s advance. “We regret that some PUK officials contributed to this plot,” he said.

Talabani’s widow, Hero, said the Iraqi operation was carried out with international consent and the PUK was unable to prevent it through talks. “This heroic city faced an international plan,” she said in a statement.

“The past few days have been spent in meetings with US officials, Iraqi government officials, and…various other countries to prevent today’s attack. “It is with great regret that we did not succeed on this occasion.”

Although Iraqi officials described the Kurds as retreating without a fight, Kurdish officials said the Peshmerga had been met with “popular mobilization” – Shia Muslim forces trained and armed by Iran that operate alongside the regular Iraqi troops.

Turkey, which had developed good working relations with the Iraqi Kurds and let the landlocked region export oil through its pipelines, tipped behind Baghdad, furious over a secession move that could trigger similar demands from its own Kurds.

Turkey said on Monday it would close its airspace to KRG territory and work to hand over control of the main border crossing in the region to the central Iraqi government.