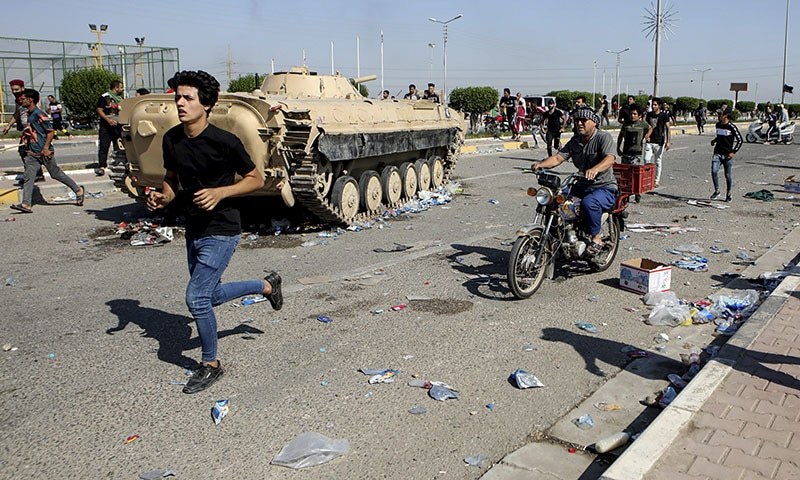 BAGHDAD: Iraqi security forces have shot dead at least 13 protesters in the past 24 hours, giving up weeks of relative restraint in favor of an attempt to crush protests against political parties that control the government.

After eight people were killed Monday, security forces shot dead at least five more overnight or early Tuesday, including one killed by live ammunition heading towards a funeral procession for another who had died hours earlier. , medical and security sources said.

More than 260 Iraqis have been killed in protests since early October against a government they see as corrupt and committed to foreign interests, primarily Iran.

Most of those deaths occurred during the first week of the protests, when snipers fired into crowds from rooftops in Baghdad. But after the government appeared to curb the use of some deadly tactics, protests have rapidly increased over the past 12 days.

The new violence erupted a day after Prime Minister Adel Abdul Mahdi called on protesters to suspend their movement, which he said had achieved its goals and was hurting the economy.

He said he was ready to step down if politicians agreed on a replacement and promised a number of reforms. But protesters say that is not enough and that the entire political class must leave.

“After the first wave of protests, we gave the government until October 25 to pass reforms,” ​​said a 30-year-old protester in Baghdad, who declined to be named for security reasons. “He failed to do that, (and) all of his proposed reforms were just routine, the same old stuff.” He said the use of lethal force against protesters had radicalized protesters who initially only wanted “constitutional and legal reforms”. Now they wanted a big change.

The protester spoke at Baghdad’s Shuhada – or Martyrs – Bridge, where dozens of people were building a barricade as part of plans to occupy a third bridge on Tuesday afternoon. Teenagers with wooden sticks made up the rest of the vanguard.

Security forces in full riot gear stood in formation in front of them, behind a hastily erected wall of metal railings, trash cans and barbed wire.

As the sun began to set, battle lines were drawn as protesters grew increasingly anxious about a confrontation.

They said they were blocking the bridge to bring the country to a standstill, with civil disobedience now their only recourse. They called on fellow Iraqis to go on strike and berated those who were still going to work.

“I ask the employees, why are you going to work?… Go on strike! Stay on it for 10 days, we all suffer together,” said teacher Karrar Mohamed, 25.

Since the defeat of IS insurgents in 2017, Iraq has enjoyed two years of relative stability. But despite its oil wealth, many people live in poverty with limited access to clean water, electricity, healthcare or education.

A government report says nearly 150 people were killed in the first week of the unrest in early October, 70% of them by gunshot wounds to the head. Since then, security forces have mainly used tear gas, rubber bullets and stun grenades to repel protesters.