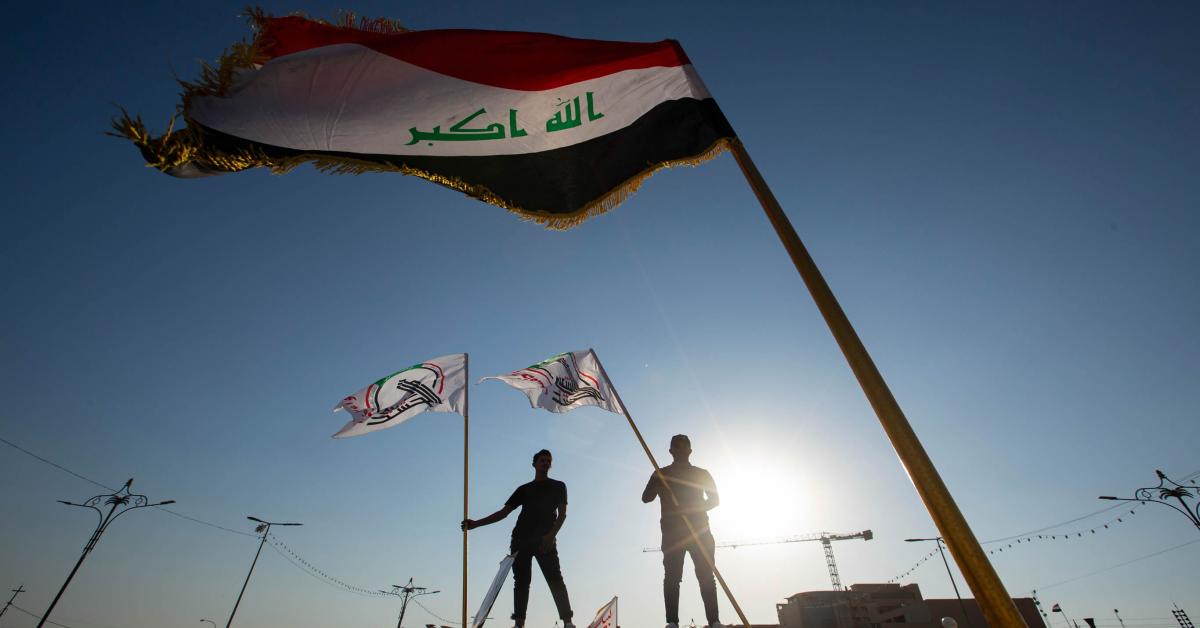 A group of pro-Iranian militias in Iraq attacked the headquarters of the Kurdistan Democratic Party (PDK) on October 17, torching the building and waving the flag of the Popular Mobilization Units (PMU).

This comes in reaction to a October 2 statement through Hoshyar Zebari, former finance minister and foreign minister, who said Baghdad’s green zone, where most government buildings and foreign ministries are located, “should be cleared of militias and PMU presence.”

Social pressure on the banned militias within the PMU has been considerable since the eruption of protests in Iraq in October 2019. The militias have since formed pressure groups to silence any critical voices against them.

In the wake of the protests, militias launched several groups on social media such as Telegram and WhatsApp, recruiting supporters and promoting their agendas against the United States and its allies in Iraq, as well as against the current ruled government. by Prime Minister Mustafa al-Kadhimi, because the militias regard him as an American and his government as a pro-American agent.

The militia supporters organized themselves into various groups, including Rab Allah (the Companions of God), Ahbab Allah (the Beloved of God), Al-Zelm Al-Khashnah (the tough ones) and Abu Jeddaha (the people of the lighters). ) in reference to their actions. to burn down the buildings of their opponents.

These rogue pressure groups attempt to create social pressure to stop any criticism or action against the militias and their political agendas.

On August 31, for example, the same groups set fire to the offices of Dijlah TV, in reaction to Dijlah’s music programming during the Shiite Ashura festival a week earlier. However, this was only a pretext to put pressure on the television station which supported the anti-militia protests in Iraq.

The militias are building a vast network of influence in Iraq. It is a military force very present in the military and security sectors. The Fatah bloc represents them in parliament and therefore they are part of different ministries. In addition, they create strong social networks and social pressure groups.

Kadhimi is expected to release those arrested under pressure from militias, as happened following the counterterrorism raid on the Kataib Hezbollah base in southern Baghdad in June.

However, Iraqi political forces and the international community have expressed serious criticism. Iraqi President, Prime Minister, Speaker of Parliament, Sadrist leader Muqtada al-Sadr, Iraqi Movement leader Ammar al-Hakim and the Kurdistan regional government, among many other Shiite, Sunni and Kurdish groups and leaders, condemned the incident and called on the government to take action against militias and affiliated groups.

The United States and the United Nations Assistance Mission for Iraq also condemned the incident in separate statements.

Following the assassination in January of the Quds force commander of Iran’s Islamic Revolutionary Guard Corps, Qasem Soleimani, and his right-hand man in Iraq Abu Mahdi Muhandis, who had great influence among the militias, the militia network in Iraq has been seriously affected.

In order to repair the damage, it appears that Kataib Hezbollah is taking the lead in the militias, reorganizing them by forming several new groups and connecting them through a number of social media platforms.

The new militias formed after Soleimani’s murder – like Ashab al-Kahf and Osba al-Thaerin – are affiliated with Kataib Hezbollah and might even be new names for the exact same group.

In addition, social pressure groups affiliated with the militias all appear to be linked to Kataib Hezbollah.

Along with these latest developments, assassinations and kidnappings of activists, journalists and other militia opponents continue. More recently, on October 17, eight members of a Sunni family near Balad, in the province of Salahuddin north of Baghdad, were killed.

A day after the killings, on October 18, Kadhimi visited the region promising to bring justice to the victims.

As the US elections approach, militia activity appears to be on the rise. The chaos in Iraq could provide a useful pressure tactic that Iran could use in any future negotiations with the United States, which would certainly include Iran’s activities in the region and in Iraq in particular.