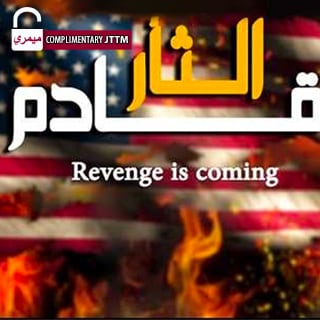 In the first days of November 2021, two Telegrams Channels supporting Iranian-backed militias in Iraq have published posters threatening US forces in Iraq.

A poster, which aired on November 2, 2021 on the Murad Telegram channel, depicts the American flag in flames with Arabic and English text that reads: “Vengeance is Coming.” The poster was shared with the hashtag # 59daysleft, which at the time was the number of days left until the end of 2021, when US President Joe Biden designated for the US military’s withdrawal from Iraq.[1]

A poster published on November 3, 2021 by the Sabereen News Telegram channel was clearly inspired by the Netflix series “Squid Game”, a South Korean drama in which a secret international elite offers those burdened with debt a chance to make money. if they play. and win the schoolyard matches, with the catch as the losers are shot on the spot. Suspenseful, brutal and exciting, and embodying the universal themes of inequality, greed and oppression, with apparently over 142 million viewers, the show is Netflix’s most-watched series to date. The poster uses elements of a scene from “Squid Game” in which the contestants play the children’s game Red Light / Green Light, and depicts American soldiers, several of whom are lying dead and bleeding on the ground, engaged in the game. The accompanying message in English reads: “Coming soon.“[2] This is not the first time that Telegram channels supporting Iranian-backed militias have designed menacing posters using elements from Netflix’s highly popular violent series.[3] 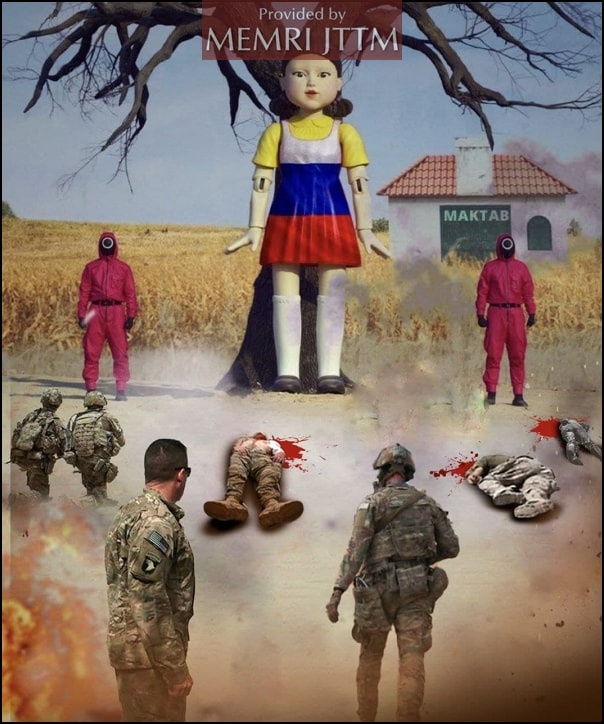 The context for the posters’ publication is the current situation where Shiite groups in Iraq are stepping up threats to attack U.S. forces in the country if they do not withdraw by the end of 2021.[4] Meanwhile, attacks on US forces logistics support convoys in Iraq continue.[5]