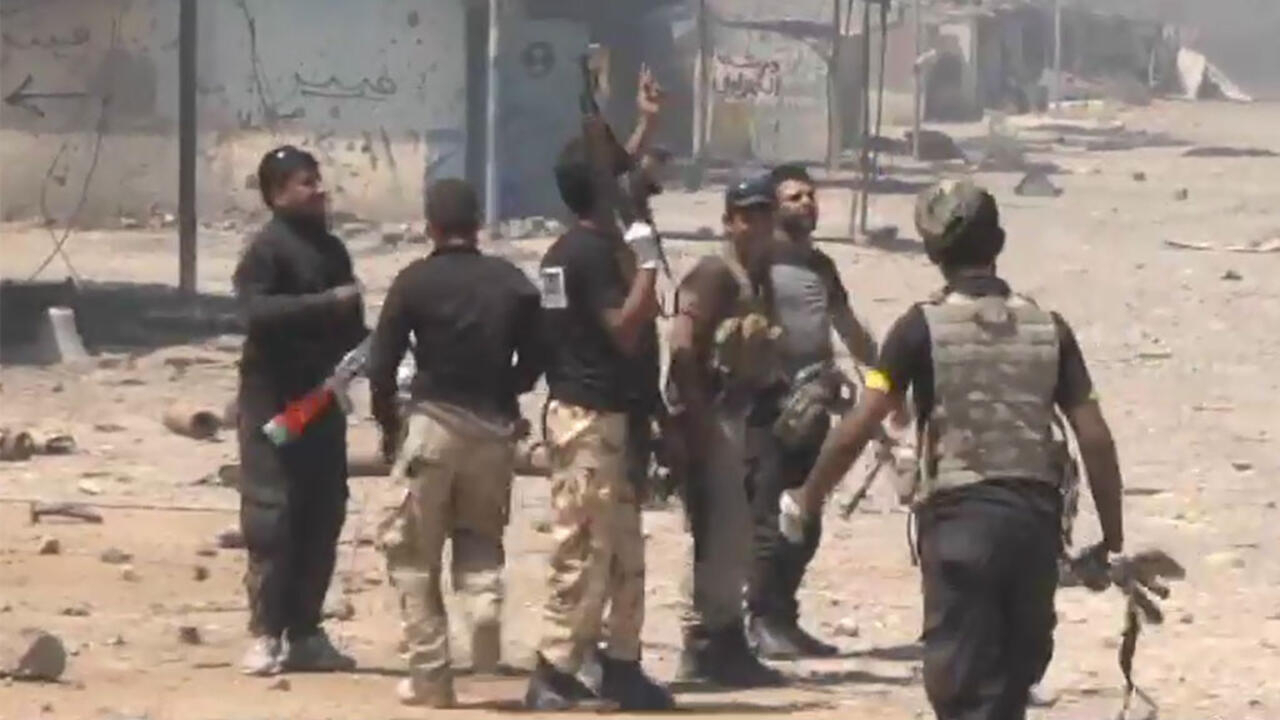 Iraqi Shiite militias told FRANCE 24 they had regained control of the center of Baiji, home to Iraq’s largest oil refinery, after months of fighting Islamic State group militants for control of the strategic city.

Iraqi Shiite militias and federal police wrested control of downtown Baiji from Islamic State militants on Sunday after weeks of heavy fighting, Shiite fighters told FRANCE 24 as they fought their way through through the ruins of the city.

“There wasn’t much resistance. They are cowards. Some were killed, others fled,” said Chassib, one of the fighters.

“It didn’t seem like a difficult mission. We killed some jihadists and took away their bodies, but we took no prisoners.

The Pentagon said Iraqi forces, backed by air strikes from the US-led coalition, have opened supply lines in the city and the oil refinery, but it is not yet ready to declare the area “liberated”, according to Army Col. Steve Warren, a Department of Defense spokesman.

Iraqi troops broke through a contingent of their forces that had been dug in at the northwest corner of the refinery for several months and were able to deliver supplies and personnel to the men on the ground.

The so-called Popular Mobilization Forces, Shiite militias operating under Iraqi government control, made up the majority of units operating in downtown Baiji, he said.

The northern Iraqi city sits along the main road to Mosul, an Islamic State stronghold, making it a strategic hub that jihadists previously used to transport weapons and supplies.

“It’s the most direct route between Ramadi and Mosul, and Baiji was the distribution center, or the heart, of the support. We removed this vital organ,” said al Kouroui, a fighter.

The victory marked the second time Iraqi forces have recaptured Baiji – after recapturing the town last year, a subsequent attack by rebels from the Islamic State group forced them to retreat.

The city is still under threat from the hundreds of pipe bombs Islamic State group militants planted across Baiji, which was once home to up to 200,000 residents who have since fled.

FRANCE 24 witnessed a bomb explode near the town hall, but a fighter ignored it. “It’s nothing. There’s nothing to see,” he says.

Islamic State jihadists controlled about half of Baiji before the approach of Iraqi Shiite militias. As the Shiite fighters advanced, Islamic State militants burned the city, ransacked its infrastructure and left Iraqis with the daunting task of reconstruction.