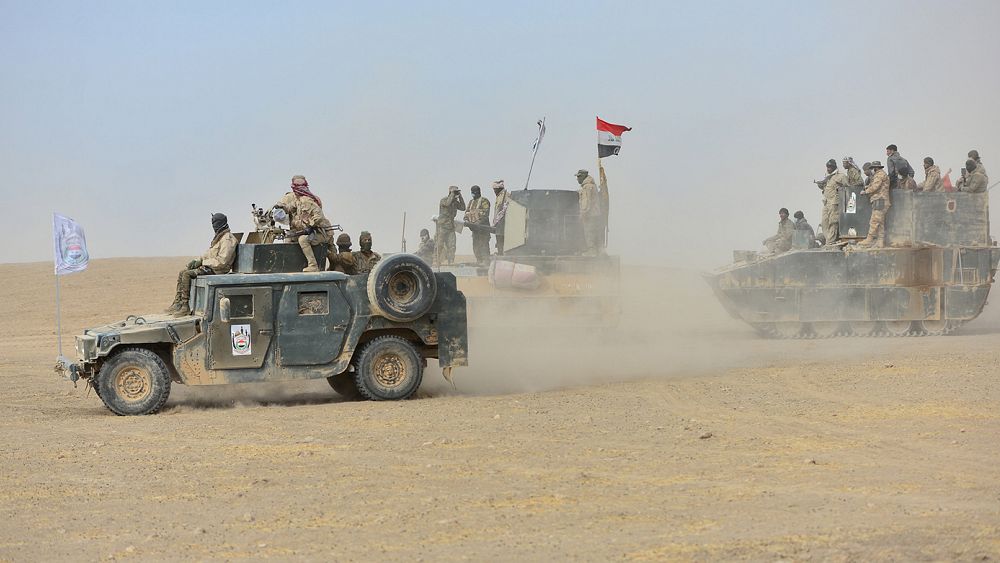 Victory, if confirmed, would threaten the Sunni group’s supply route from Syria to its last major stronghold in Iraq.

#BREAKING: #PMF announce the full release of #TalAfar the airport after violent clashes with #ISIS killing many of them #MosulOffensivepic.twitter.com/i5vKvuYPi5

What is the strategic importance?

If confirmed, the capture could be a significant development in the campaign to retake Mosul, ISILis the de facto capital.

The group’s forces swept through Iraq in 2014 and established a self-proclaimed caliphate in parts of Syria and northern Iraq.

The city lies about 60 kilometers west of Mosul on the main road to Syria.

Its seizure could also alarm Turkey, which is wary of the involvement of Iraqi Shiites in the civil war in Syria.

As the Shia coalition fights ISIL west of Mosul, regular army and police units are trying to advance from the other side.

They are supported by Kurdish peshmerga fighters deployed in the north and east.

However, they faced resistance from militants who retaliated with car bombs, snipers and waves of counterattacks.

Government forces fought in a dozen of an estimated 60 neighborhoods in the eastern part of Mosul, which is divided by the Tigris.

They still have to enter the city from the north and south sides.

Iraqi special forces begin a new push deeper into the northern city of Mosul in the fight against the Islamic State group. https://t.co/NI32jl8Mir

When did the campaign start?

Using air and ground support from a US-led coalition, it is the largest military operation in Iraq in more than a decade since the 2003 invasion that toppled Saddam Hussein.

A springboard for Syria?

Popular Mobilization, known locally by its Arabic name, Hashid Shaabi, says it wants to use Tal Afar air base to fight against ISIL in Syria.

The group will fight alongside President Bashar al-Assad, an ally of Iran.

Although officially attached to Iraqi Prime Minister Haider al-Abadi, it is mainly trained and equipped by Iran.

The prospect of sectarian conflicts

The advance towards Tal Afar raised the prospect of sectarian strife.

The city had a mixed population of mainly Shia and Sunni Turkmen before ISIL captured him in 2014.

Turkish President Recep Tayyip Erdogan said last month that Turkey was reinforcing its troops on the border with Iraq and would respond if militias “sow terror” in Tal Afar.

Iraq has sought to allay fears that the Tal Afar takeover operation could inflame sectarian tensions or deepen problems with Turkey.

Haider al-Abadi said the attack force entering the city will reflect its religious and ethnic makeup.

The Nineveh region surrounding Mosul is a mosaic of ethnic and religious communities, including Arabs, Turkmens, Kurds, Yazidis, Christians, Sunnis and Shiites.

Sunni Arabs, however, are by far the overwhelming majority.

The desecration of Nimrud

Iraqi experts set up field teams to assess the damage caused to the historic remains of Nimrud.

ISIL were driven out of town but reportedly destroyed as much as they could before they left.

The worst damage was reportedly done in the past two months as the Iraqi army advanced.

This seems to have been confirmed by evidence from satellite images.

The remains of the ancient palace in the Assyrian city of Nimrud have been reduced to rubble after Islamic State militants swept through northern Iraq. pic.twitter.com/91ArGLQET9

“Tal Afar airport has been liberated”, – Yusif al-Kallabispokesman for the Popular Mobilization, a coalition of militias mainly backed by Iran.

“Tal Afar will be the starting point for the liberation of the entire area up to the Syrian border and beyond the Syrian border”, – Hadi al-Amirileader of the Badr organization, the largest component of popular mobilization.