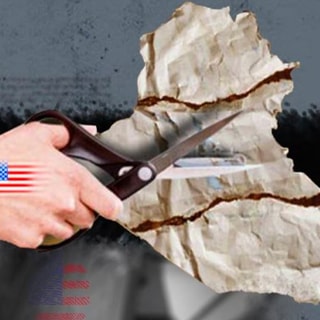 On November 7, 2021, a Telegram channel affiliated with Iranian-backed militias in Iraq, published a series of posters accusing the United States of orchestrating the attempted assassination of Iraqi Prime Minister Mustafa Al-Kadhimi, perpetrated That day. using a drone equipped with explosives.[1]

Entitled â€œThe Assassination Attempt on Al-Kadhimi – Obvious US Fingerprints,â€ the posters are an example of these militias’ efforts to refute accusations that they were behind the assassination attempt.

A poster claimed that the drone attack on Al-Kadhimi’s home only took place a day after clashes between Iraqi security forces and supporters of Iranian-backed militias, describing the events as â€œcrimes against peaceful civilian protesters in Tahrir Square, where Iraqi security forces fired live ammunition at protesters, killing four martyrs and injuring 125 others.â€ The posters also alleged that security forces â€œhad set fire to [protesters’] tents. “

Supporters of Iranian-backed militias have been demonstrating for weeks near Baghdad‘s green zone, expressing their rejection of the results of the recent parliamentary elections, in which some pro-Iranian parties lost many seats.

The poster claimed that Al-Kahdimi had given the order to shoot the demonstrators and that “there is an American will to cover up this crime” and to save Al-Kadhimi by “presenting him as a victim”. 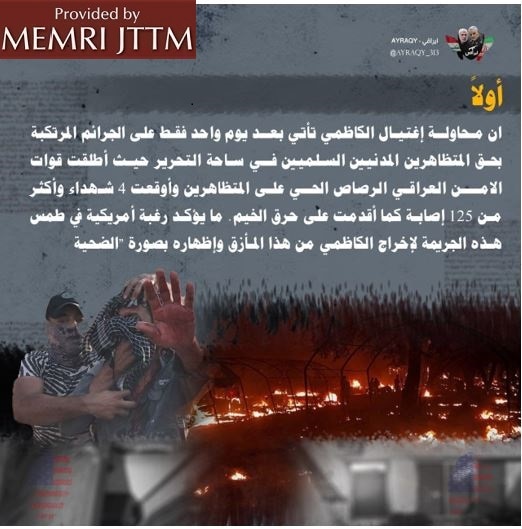 The second poster in the series explained that “the United States is trying to distract the public from the protesters’ demand for a manual ballot recount.” 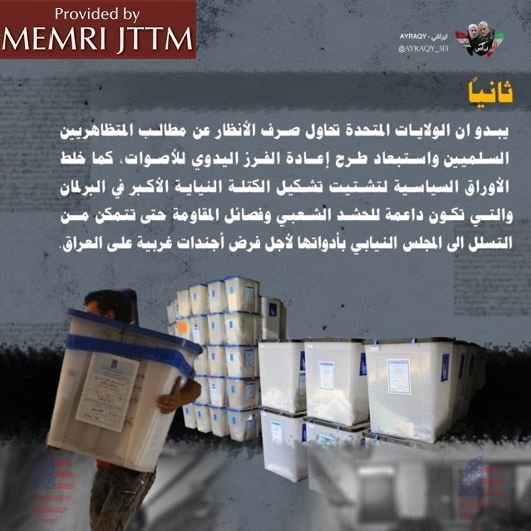 The third poster in the series claimed that Washington was seeking to wreak havoc in Iraq by stoking sectarian strife and pushing the country into a “trap of discord.”

He adds that the United States plans to attribute the responsibility for the assassination attempt, and more broadly for the security instability in Iraq, on the PMU, recalling that the drones used in the attack on Al-Kadhimi belong to militias and Iranian. 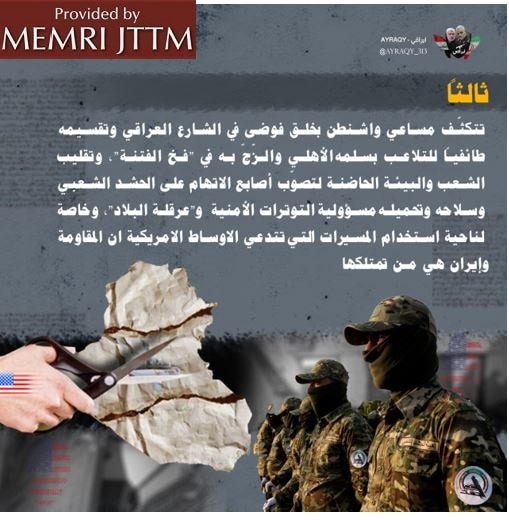 The fourth poster claimed that “creating such chaos will provide a pretext for foreign troops to stay in Iraq, despite claims from Washington that it plans to withdraw its forces by the end of the year.” He went on to say that this would also serve as a pretext for “international intervention” in Iraq. 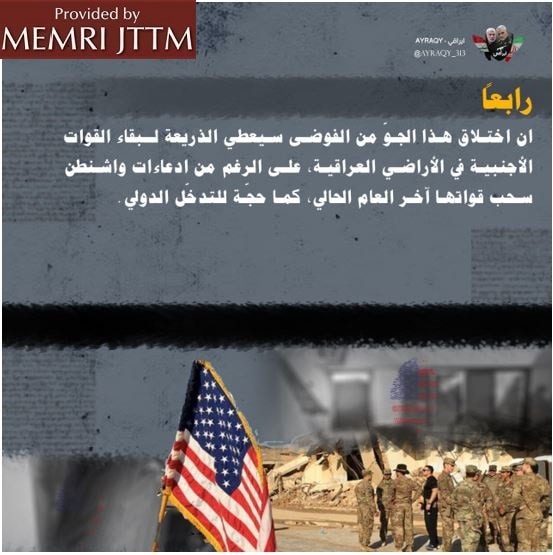 “Why didn’t the US Embassy radar system intercept the drones targeting Al-Kadhimi’s residence?” “

In its fifth poster, the channel asked why the US Embassy, â€‹â€‹which has a C-RAM system, used to detect and destroy incoming rockets, was not activated to intercept the drones that targeted the residence of ‘Al-Kadhimi. The poster claims it blames the United States as being involved in the drone attack. 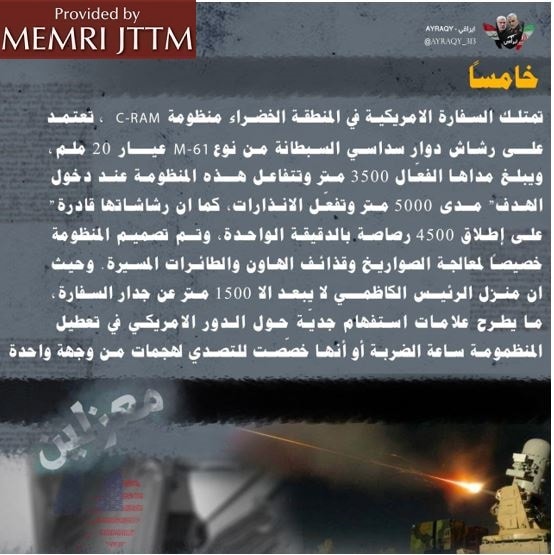 “The United States is behind the instability in the region”

The latest poster concluded the series by asserting that the United States has no intention of reducing its involvement in the Middle East, and that even as it reduces its military presence in the region, Washington plans to continue orchestrating the political and security instability. 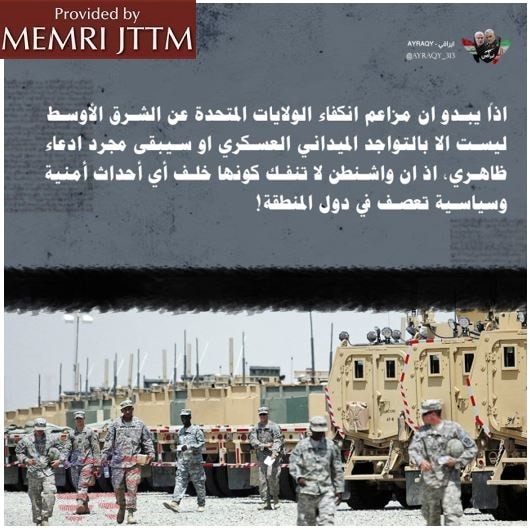 US uses Saudi Arabia to expand influence in Iraq