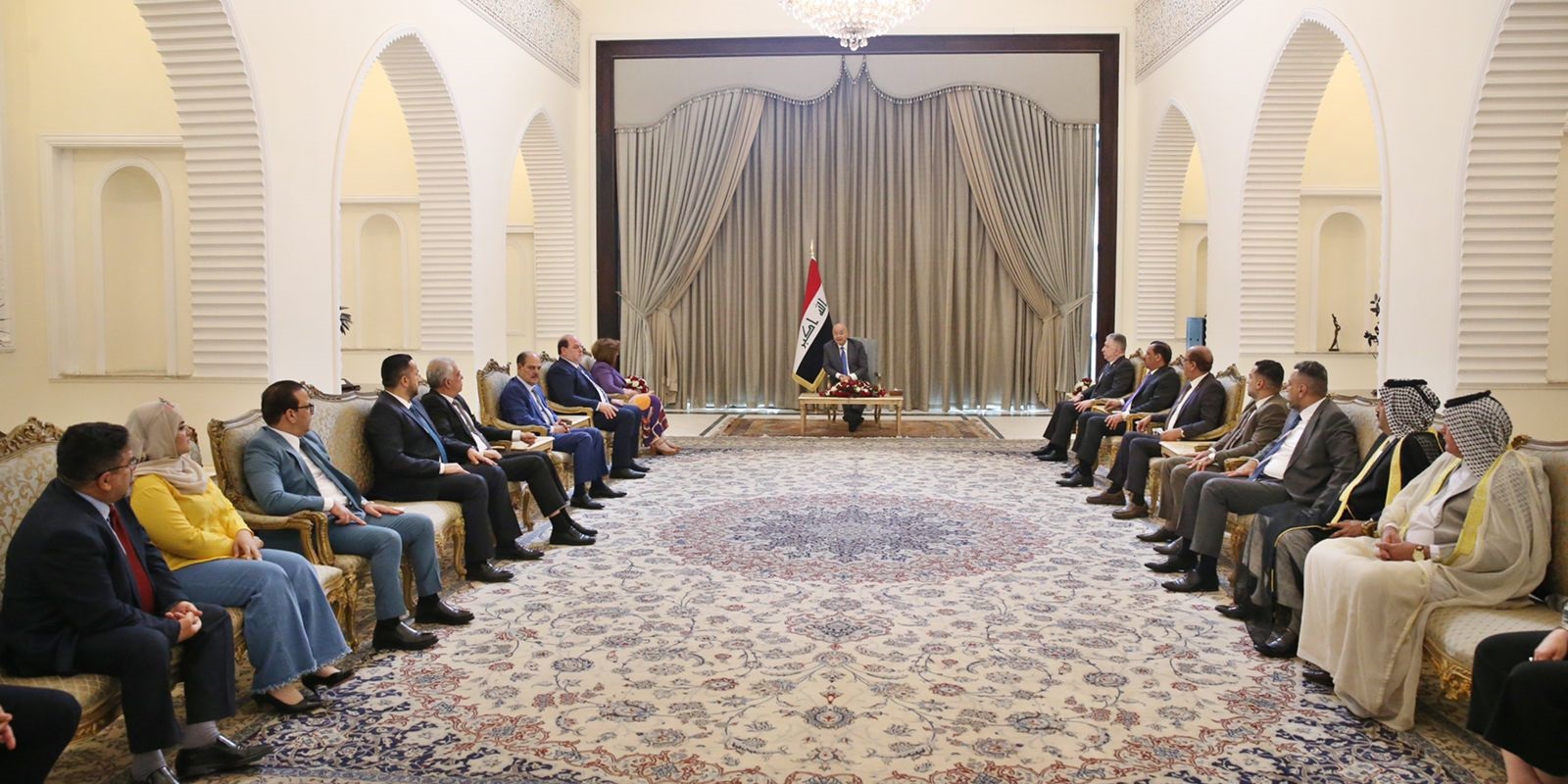 Iraqi President: National dialogue is the priority to resolve the political impasse

Baghdad (IraqiNews.com) – Iraqi President Barham Salih received leaders and representatives of Iraqi trade unions and unions at Al-Salam Palace in Baghdad on Wednesday to discuss political developments in the country, according to a press release issued by the Iraqi Presidency.

Salih stressed the need to rely on dialogue to find a solution to the current political crisis, according to the statement.

Salih explained that the dialogue should focus on ensuring citizens’ rights to have a free and dignified life, move towards political reform and establish a clear roadmap and solutions that protect the supreme national interest.

Salih explained that the continuation of the current situation is unacceptable and the failures must be overcome.

“Respecting the will of the Iraqis is the basis for getting out of the crisis and overcoming the political deadlock,” Salih said.

Salih also spoke about the importance of the role of trade unions, social and civil activities to pass this critical stage and overcome the existing challenges.

The president listened to opinions on ways to get out of the current crisis in a way that strengthens national unity, achieves reforms, protects the interests of citizens and overcomes existing political problems.

Learn from Afghanistan and protect our children from unnecessary wars