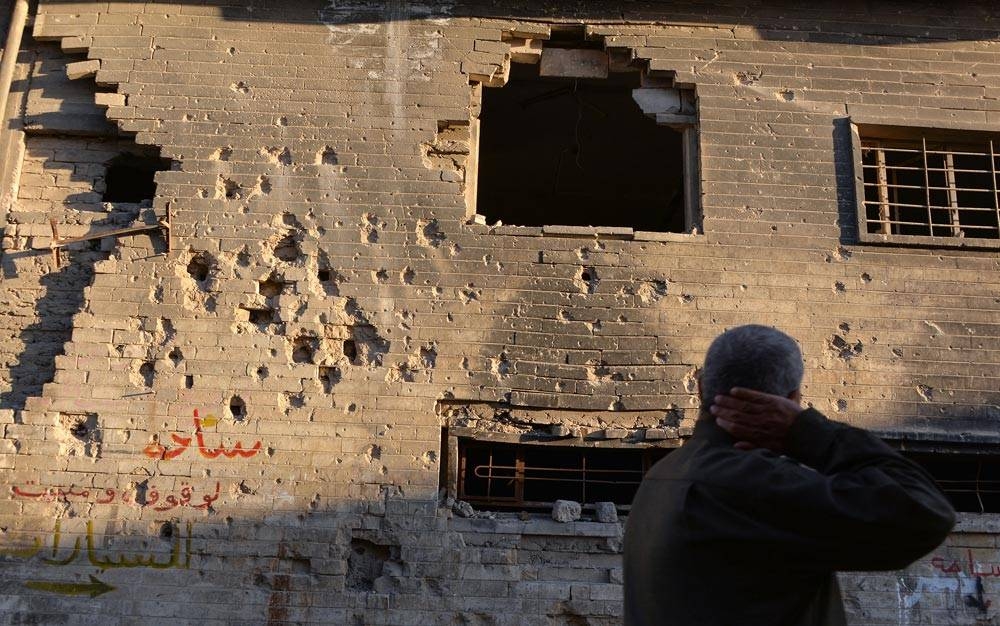 TIKRIT: Three fighters from a pro-Iranian militia were killed in Iraq on Friday when the Islamic State (IS) group attacked their base near Baghdad, a paramilitary and a security source said.

The men were from the Nujaba movement, part of the Hashed al-Shaabi coalition of Shiite militias that primarily support Iran.

Both sources said they were killed in an IS attack on their base in Tarmiya, north of Baghdad, and seven other fighters were injured.

Formed in 2014 to support the Iraqi army in its fight against IS jihadists, the Hashed controlled large swathes of the country at the time but have since been integrated into the armed forces.

In recent months, the anti-American movement has welcomed the attacks on American interests in Iraq, without claiming responsibility.

The United States and Israel fear that some Hashed units are under Iranian orders rather than the Iraqi chain of command.

Some ISIS jihadist cells remained active even after Iraq declared the jihadist group defeated in 2017, notably in the Tarmiya region and the deserts of northern Iraq.

They attacked the Iraqi security forces as well as the Hached and other Shiites, who form the majority of Muslims in Iraq but are considered by ISIS to be apostates.

Last month, ISIS claimed responsibility for an attack that killed 30 people at a market in the densely populated Sadr City neighborhood of Baghdad.