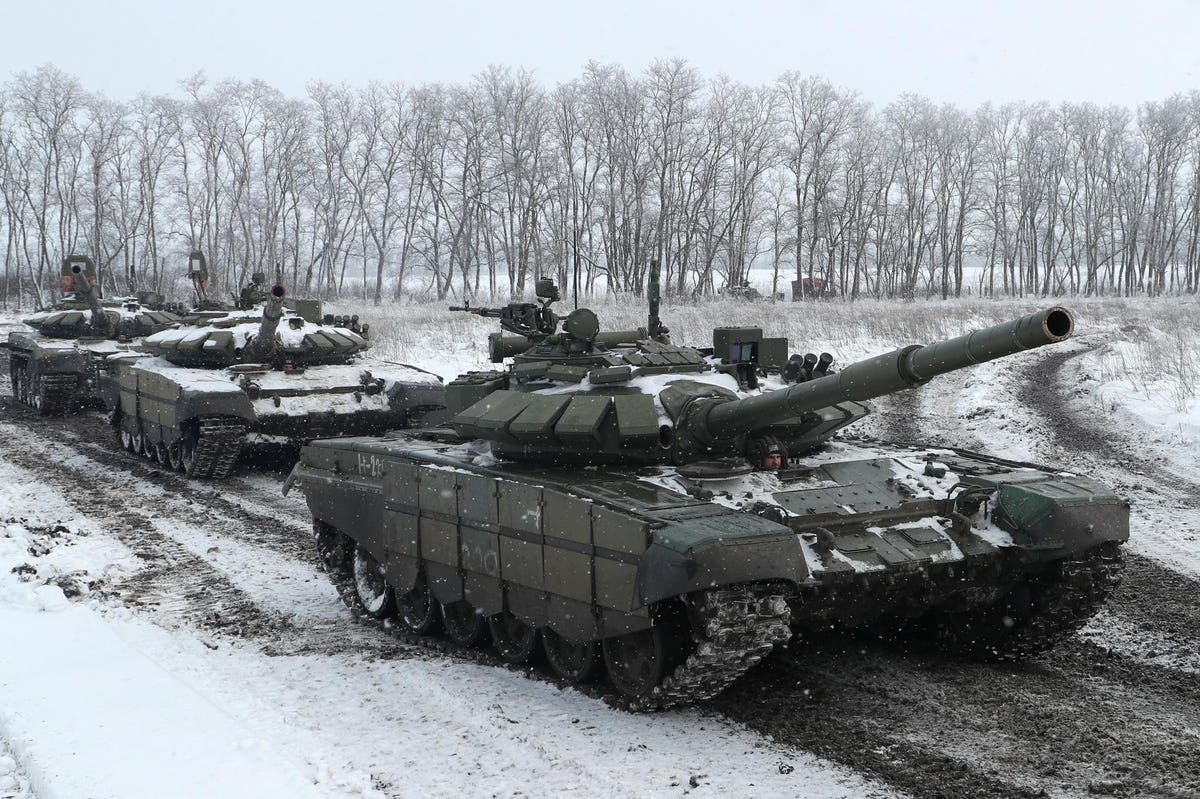 Is the United States going to war with Russia?

1. President Biden was adamant that the United States will not send troops to Ukraine or confront the Russians militarily. This is different from the situation in 1991, 2001 and 2003 when the sitting president called for military action. In 1991, for example, then-President George HW Bush said:This [Iraqi aggression against Kuwait] won’t hold. Similarly, President George W. Bush made explicit statements in 2001 and 2003 that the United States would use military force if adversaries did not change their behavior. This is not the case today.

2. There is no war party in Congress. In 1991, 2001 and 2003, many members of Congress came out in favor of military action, and Congress passed a law authorizing military force. Today, it is difficult to find a single member who wants a military confrontation with Russia. Member statements overwhelmingly opposed such military action, limiting support to reassurance from Eastern European allies and the shipment of supplies to Ukraine.

4. There is no UN resolution calling for military action. In 1991, 2001, 2003, and the various military interventions in the Balkans, the United Nations adopted resolutions allowing the use of military force. Although such resolutions have only a modest influence on American thinking, they are of crucial importance to our allies who see them as necessary to confer legitimacy on military action. Not only is there no such resolution to defend Ukraine, but there is no effort at the UN to establish one.

5. The United States is sending the wrong troops for military intervention. The United States sends 6,000 troops to Eastern Europe, mainly 82nd Airborne Division light infantry. These paratroopers are superb soldiers, but they are lightly armed and not very mobile. They lack the transport, logistics and heavy firepower that would be needed for a fight against Russia with all its armor and artillery. Moreover, US forces lack the huge logistical train needed to support a conflict in eastern Ukraine. Although Poland, where most of the troops will be located, is next to Ukraine, US troops will be about 800 miles from likely confrontation areas in the Donbass region of eastern Ukraine.

Finally, American forces in Eastern Europe were small – 6,000 when they finally arrived plus about 5,000 more from an American brigade already in Poland. It is far too small a force to deal with the approximately 100,000 Russian troops on the ground.

So why is the United States sending troops? Our Eastern European NATO allies are terrified of Russian intentions because of a long history of Russian invasion and intervention. Thus, the purpose of US troop movement is primarily to reassure these allies that the United States will act in a crisis. There is also a secondary objective of showing US resolve, although its effectiveness may be questioned since the troops are away from likely conflict areas, and the US has been so adamant that they will not are not sent to Ukraine.

The bottom line: there will be no war between the United States and Russia. Even if the President decided to launch such an action, contrary to his oft-expressed views, it would take a long time to build up the necessary force to confront the Russians. For example, US military build-ups against Iraq in 1991 and 2003 took months and were very visible. A conflict with Russia will not happen quickly or by surprise, but would require a conscious decision and a long preparation.