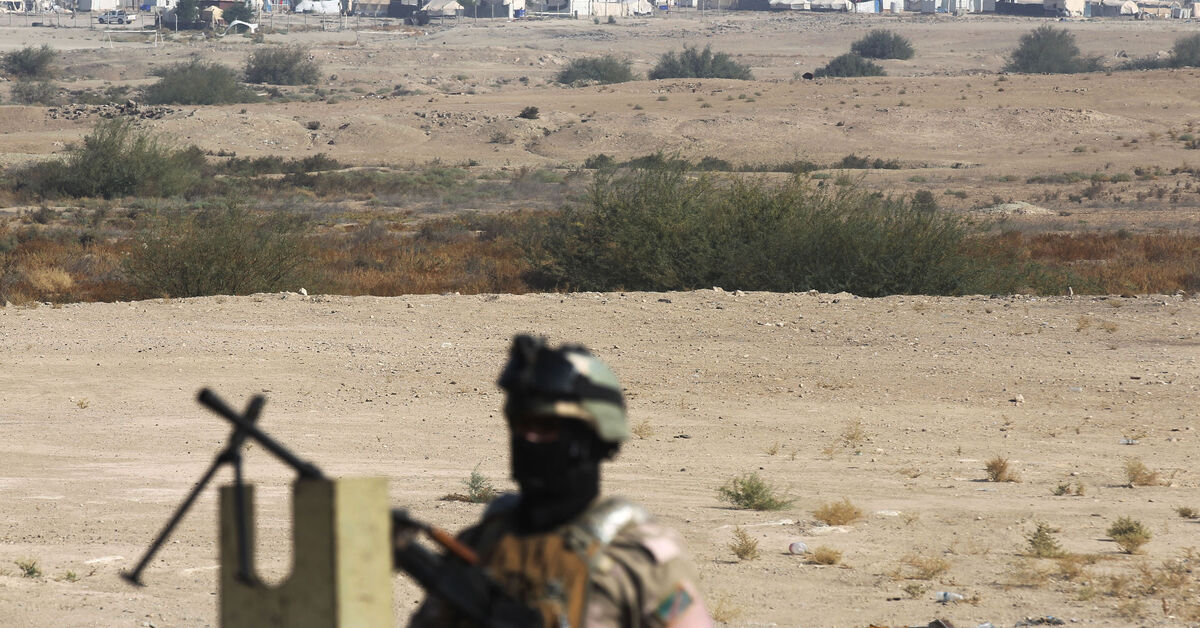 BAGHDAD – The death of several soldiers in the western desert of Anbar and attacks further south in the same province have drawn attention to the vast swaths that have long been a hideout for insurgents.

Although the danger has diminished in recent years, an explosion on February 8 would have killed at least three soldiers and a civilian, injuring others and destroying the military vehicle in the desert near Rawa.

Several attacks have meanwhile been perpetrated recently near Rutba in the southern part of the Anbar desert, not far from the Iraqi border with Jordan.

Some claimed that the soldiers near Rawa had escorted Kuwaitis or Qataris hunters and the civilian killed had been the local guide. Questions to security guards had not been answered at the time of publication.

The Islamic State claimed responsibility for the incident.

However, a security source said the incident, 8 km from Rawa town, was caused by explosives that were planted during the Islamic State (IS) occupation of the area.

The officer, who spoke on condition of anonymity, stressed that “the area is safe”.

But a western Anbar security official instead claimed that “there are now nearly a thousand” ISIS operating in the deserts of Anbar, Salah al-Din and Nineveh, and that IS activities in the Anbar desert had been intensified after a massive attack. jailbreak in eastern Syria in recent weeks.

“But there is absolutely no danger of them taking cities or areas,” he said. “The tribes, the local people – we fought against them and they won’t come back. They just kill a few people in the desert or attack the army sometimes.

Rawa was the last urban area to be recaptured from IS in Iraq on November 17, 2017, after three and a half years under its control. At that time, the US-led international coalition against ISIS carried out airstrikes against car bombs and other attempted attacks on large military convoys crossing the desert. Improvised explosive devices (IEDs) were then a major problem, slowing the advance of the army and causing casualties. In December 2017, Iraq declared victory against ISIS.

Most of Anbar, which is Iraq’s largest but sparsely populated province, is desert land with numerous wadis long used by insurgents as hideouts.

In recent years, Anbar has not seen as many IS attacks as the provinces of Kirkuk and Diyala, which continue to suffer from security breaches, poor coordination and deficits in trust between the multiple forces operating on the ground. However, the Anbar has sometimes been referred to as a “logistics hub” for IS in recent months.

Tensions also continue to exist between local residents and some of the non-local security forces deployed in the area.

The border town of Qaim is key to supplying the lines between Iraq and Syria, and IS militants fought harder to hold onto it than in Rawa in 2017, before retreating to eastern Syria. Syria, where it was declared defeated in March 2019.

Thousands of Iraqi IS fighters are still being held in detention centers in northeast Syria. Hundreds of people fled in a mass escape on January 20 and Iraq tightened its border controls.

During and after the liberation from ISIS in 2017, Qaim was also at the center of Iran-linked armed factions, some of which reported to the Iraqi government’s Popular Mobilization Units (PMUs) but were meant to operate largely independently. These factions are commonly known as the muqawama, or resistance, led by Iran’s Islamic Revolutionary Guard Corps (IRGC). Much of the area south of the town of Qaim to Rutba is under their control.

In an October 2018 interview in Karbala, PMU Commander Qassim Musleh, the leader of the Tufuf Brigade, accused part of the 7th Division of “spying” on his forces.

The soldiers killed in the February 8 blast were from the Iraqi army‘s 7th Division, which has more local Sunni officers than many other divisions.

In the same interview, Musleh also voiced common conspiracy theories held by “muqawama” factions against the United States and the internationally-led coalition.

Musleh was arrested in late May 2021 under Iraq’s counterterrorism law, but released nearly two weeks later.

An Iraqi security official has since claimed that Musleh carried a Syrian intelligence ID allowing him to move easily between the two countries, but that there was no evidence of his guilt regarding the crimes he was originally charged with.

Meanwhile, his Tufuf Brigade, along with local tribal forces and military and other security forces, are tasked with preventing any kind of IS resurgence in the vast Anbar desert.