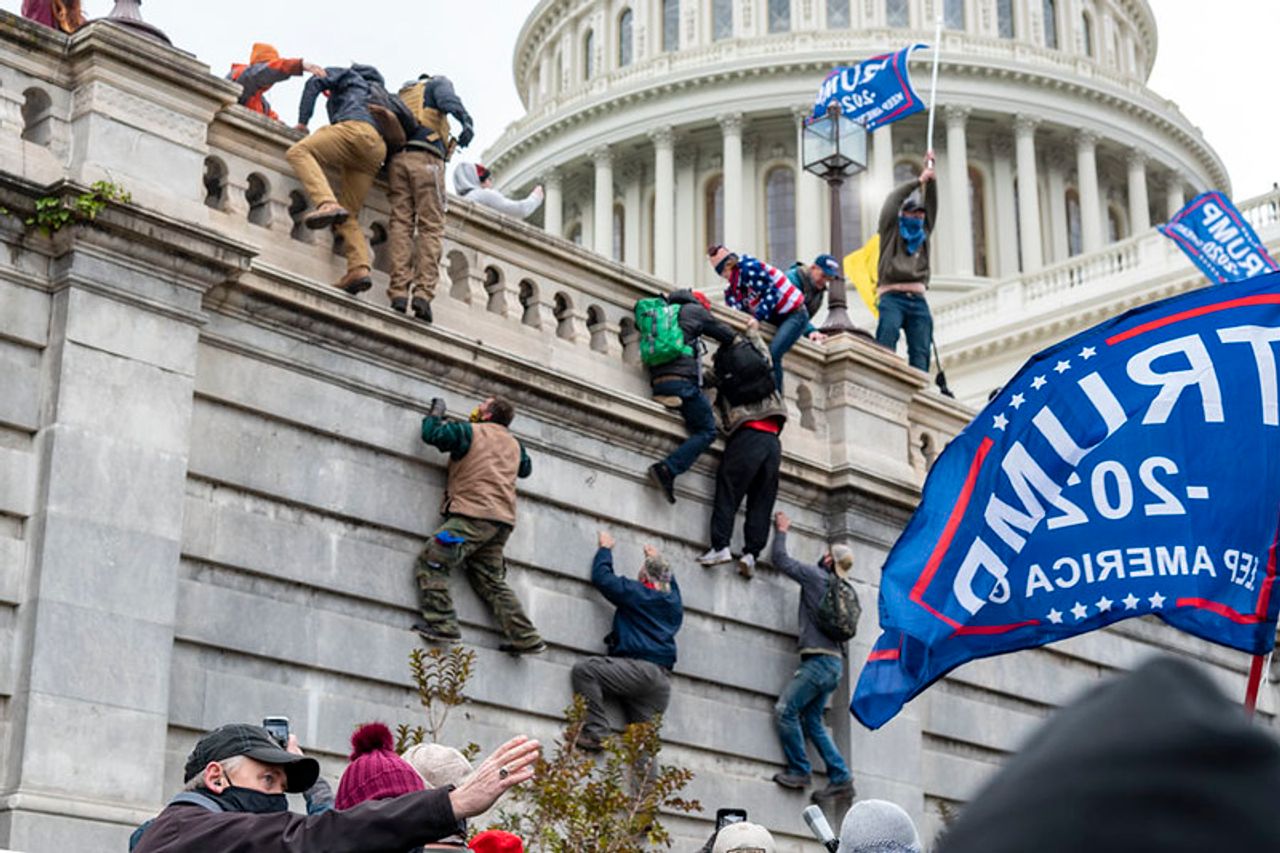 The 1974 book All the President’s Men by Bob Woodward and Carl Bernstein detailed the role of dozens of Nixon aides and state officials in orchestrating and covering up the 1972 break-in at Democratic National Committee headquarters in the Watergate complex.

Twenty-two Nixon aides and government officials were charged, convicted, and imprisoned for their role in the Watergate plot.

This operation of “dirty tricks”, for all its criminal and anti-democratic implications, was far from the scale of the large-scale, violent and almost successful coup led by Donald Trump on January 6, 2021.

Yet, despite an ever-growing mountain of evidence incriminating Trump, the Republican Party and significant swathes of the military, police and intelligence agencies aim to nullify the 2020 election and install Trump as dictator. President, neither Trump nor any of his top co-conspirators except Steve Bannon have been charged, let alone jailed, and Bannon faces a simple misdemeanor charge.

Based on Thursday night’s national prime-time television audience of the House Select committee on January 6, the Democratic Party’s book on Trump’s insurrection would be titled One-man coup: How the bad president defied his good advisers.

The Democrats’ handling of the hearings rests on a massive contradiction. The hearings revealed overwhelming evidence that a powerful network within all branches of government nearly abolished the Constitution and established a dictatorship, and numbers testified that Trump and his allies are actively engaged in planning their next attempt. . But at the same time, Democrats are using the hearings to promote the Republican Party, including figures like Liz Cheney, and to shield Trump conspirators from criminal prosecution. Their objective is to save the political institution of the two-party system, on which the stability of the capitalist regime depends.

This is what happened on Thursday. Over the course of nearly three hours, the Democratic-controlled committee presented an account of Trump’s actions on January 6 that claimed, absurdly, that the fascist Capitol siege had been allowed to go on forever because Trump had rejected several cancellation requests from White. House staffers, family members, congressional leaders and other loyalists who had backed Trump’s baseless claims of a ‘stolen election’ but who heroically stood up for the Constitution .

A chilling clip showed then-Vice President Mike Pence, his staff and Secret Service details fleeing for their lives from the mob, which had come within yards of where Pence was hiding in the Capitol. There was audio describing Secret Service agents making what they feared would be their last calls to wives and family members.

That the coup ultimately failed was not due to anything Biden or the Democrats did. The president-elect remained silent for hours and only emerged to implore Trump to go on TV and call off his own coup. Democratic lawmakers huddled under their desks on Capitol Hill. They made no appeal to the people to rise up and stop the coup.

The hearing, the last in the current series of eight television hearings, marked a new step in the attempt to focus all the attention on Trump and a handful of cronies – Bannon, Rudy Giuliani, John Eastman – and isolate the much larger sections of the decision. class and the state apparatus involved in the coup.

What Trump did and didn’t do in the 187 minutes between when he ended his speech at the Ellipse calling on his supporters to march on Capitol Hill and his 4:17 p.m. statement telling his “special people” and “Patriots” to leave the Capitol and come home might have come as no surprise to anyone after the political crisis surrounding the election. During his debate with Joe Biden in late September, Trump refused to guarantee a peaceful transfer of power and ordered the Proud Boys to “stand back and be ready” in case he was declared the loser.

The World Socialist Website described with remarkable prescience how Trump would proceed in the run-up to the election and its aftermath, warning the working class of the danger of a coup.

Democrats have sought to politically frame opposition to Trump’s coup in the most conservative and patriotic way. They allowed war hawk Liz Cheney, one of the two Republicans on the panel, to dominate the debates. In her closing remarks, she praised Ronald Reagan and Margaret Thatcher and said the January 6 insurgents acted out of misplaced “love of country”.

The Committee chose two military veterans, Elaine Luria of Virginia, a longtime Navy commander, and Republican Adam Kinzinger of Illinois, an Air Force pilot in the wars in Afghanistan and Iraq. , to conduct the interrogation. Luria’s closing remarks embodied the political line of the audience. She said: “President Trump sat in his dining room and watched the attack on television, while his most senior staff, closest advisers and family members watched him. begged to do what was expected of any American president.”

In support of the principle of the “peaceful transfer of power,” Pottinger hailed Al Gore’s capitulation to the Supreme Court’s theft of the 2000 election.

There was no mention of the scandal engulfing the Secret Service, which earlier Thursday was told by the Department of Homeland Security’s inspector general that his office had launched a criminal investigation into the agency’s mass deletion of messages text sent and received by agents around the time of the January 6 coup. The Secret Service deleted the messages after being instructed by Congress to retain all recordings from January 6, and the January 6 committee had assigned the agency to turn over the texts.

Even on Jan. 6, Pence’s Secret Service detail had attempted to remove him from the Capitol, which would have made it impossible to officially count electoral votes and cleared the way for Trump to declare an emergency and hijack the election.

None of the hearings attempted to explain why the Capitol was left so poorly protected on January 6. Or why the FBI didn’t release a threat assessment before officially certifying Biden’s victory. Or why the Department of Homeland Security (DHS) did not declare the Jan. 6 joint session of Congress a National Security Special Event (NSSE), despite the magnitude of the threats being tracked by the FBI, DHS, and other state agencies against Pence and lawmakers.

The committee focused on the 187 minutes between Trump’s speech at the Ellipse and his 4:17 p.m. call for his crowd to leave the Capitol. He, however, said nothing about the 199 minutes between then-National Guard Commander William Walker’s request for permission to deploy his troops to secure the Capitol, made at 1:49 p.m., and the approval by Trump’s acting Secretary of Defense, Christopher Miller, at 5:08 p.m. Major Mark Milley, watched the bloody assault on Congress doing nothing to stop it.

This massive cover-up, led by the Democratic Party and the Biden administration, which continue to call for “unity” with their Republican “colleagues”, is aimed at politically disarming the working class. Meanwhile, Trump, the Republican Party and their allies in the state apparatus and the financial oligarchy are emboldened and given carte blanche to step up their plans to nullify the upcoming election and impose a dictatorship.

It is essential that the working class intervene in the terminal crisis of American democracy on the basis of its own independent socialist program. Democracy cannot exist in the capitalist system, which breeds staggering levels of social inequality and war. The development of the class struggle must be accompanied by a break with the democrats and the whole capitalist two-party system, and the struggle for workers’ power.

more on this topic

Trump and the danger of fascism in America

The fascist uprising in Washington DC is a turning point in the political history of the United States.