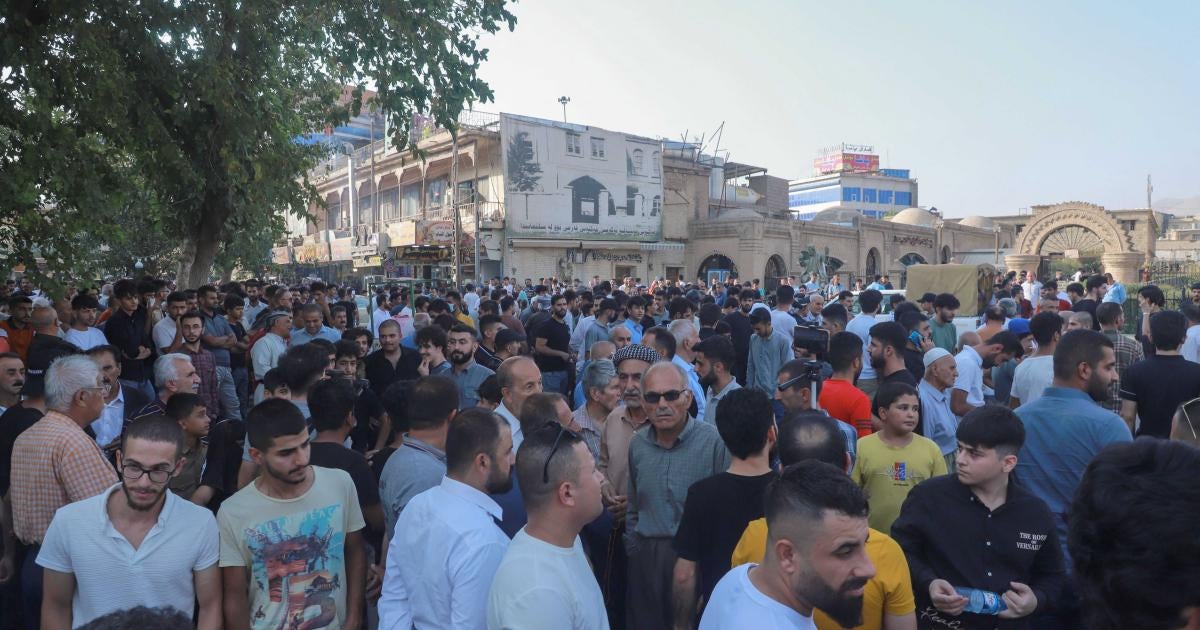 On August 1, Shaswar Abdulwahid, leader of the opposition party The New Generation call for protests in Sulaymaniyah, Erbil and Duhok over worsening “corruption, poverty and unemployment” in the region.

“Using arbitrary repression to quell protests and intimidate activists and journalists is a recipe for spreading more grievances among KRI residents,” said Adam Coogle, deputy Middle East director at Human Rights Watch. “The best way to respond to public anger is to ensure respect for fundamental rights and freedoms, including the right to peaceful protest.”

In recent years, Human Rights Watch has documented an increase in the targeting of independent media and journalists in the Kurdistan Region of Iraq (KRI). Federal and Kurdistan Region authorities have used a range of legal defamation and incitement provisions against critics, including journalists, activists and other dissenting voices.

Rahman Gharib, director of Metro Center, which monitors media freedom in the Kurdistan region, told Human Rights Watch that the group identified 78 rights violations by security forces against 60 journalists and media during the arrests. Security forces arrested at least 26 journalists, confiscated the equipment of 23 and prevented 16 from covering the protests.

“It has become clear to us that security forces are targeting journalists during protests rather than protecting them,” Rahman said. Security forces “are afraid of camera lenses because they reveal their own illegal behavior”.

Sirwan Gharib, editor of the independent news site Westga Newssaid he was detained in Sulaymaniyah on the day of the protests, August 6, for several hours, along with many of his colleagues.

“As we arrived to cover the protests, a drone belonging to the Asayish [internal security forces] filmed us closely to intimidate us,” because “I motioned for them to show my journalist ID so they knew we were journalists,” Gharib said. He said he had sought to ensure safe conditions to cover the protests by calling Sulaymaniyah Mayor Awat Mohammed in advance to ask him to allocate a space in Al-Saraya Square, the site of the protest, to reporters, but the mayor did not respond.

Asayish staff were already in the square when they arrived, journalists and activists said. At the start of the protest, the Asayish fired tear gas at protesters and journalists, although witnesses said they saw no violence that would warrant the use of tear gas or arrests.

“We were all taken in a minibus to Asayish security offices, where they confiscated our mobile phones and treated us like criminals,” he said. “But covering the news is a basic right, not a crime. During the investigation, they told me that we did not have permission [to cover the protests]. I told them that I was a journalist and that when I covered demonstrations, I did not need permission.

They were released a few hours later without charge.

Taha Ahmed Saeed, a leader of the New Generation Movement, told Human Rights Watch that Asayish security forces arrested 86 party members, some before the protests and others at the start.

Security forces held Saeed in Kani Goma prison in Sulaymaniah for four days, then released him after posting bail, but did not tell him if any charges were brought against him.

“During the investigation, an officer asked me: ‘Why did you incite the demonstration?’ Saeed said. “I told him that the right of assembly is a fundamental right for political parties, for every citizen. How is this a crime? »

Rebwar Abdul Rahman, an Iraqi MP representing the New Generation Movement, said he and two other Iraqi MPs from the party, Omed Mohammed and Badrya Ibrahim, were arrested on their way to the protests.

“At 4:30 p.m., Asayish stopped the three of us just 200 meters from the protest square,” Abdul Rahman said. “They put us in a minibus and drove us around town for four hours, then they dropped us off on 60th Street. [The security forces] didn’t show us a warrant, they just told us they had orders to arrest us. They just didn’t want the protest to take place. He said they had not been charged.

Goran said that on August 5, as he and a journalist, Briyar Nerwayi, were leaving their office, local police arrested them, confiscated their equipment, including a camera and two live streaming boxes, and took them away. at the Duhok Emergency Police Office.

Among other staff arrested, Adil Sabry, a cameraman from the station’s Duhok office, and Sabah Sofy, a reporter from NRT’s Shekhan office, were also taken to the Duhok emergency police office.

“The security forces did not provide us with any legal reason for our arrest,” Goran said. “They also arrested 11 activists. We were therefore 15 people in custody. After 27 hours in detention, security forces released the 15 of them, each on sponsored bail of 5 million Iraqi dinars (US$3,430) but did not tell them what they were charged with.

Kurdistan regional authorities often use regional laws against journalists and activists exercising basic rights like freedom of assembly, including the press law and the law to prevent the misuse of telecommunications equipment. These laws prohibit, among other things, the misuse of mobile phones and e-mail – or more broadly the Internet – to threaten someone, to use profanity, to spread disinformation, to share images contrary to public values ​​and share private information, even if it is true.

Kurdish law on the organization of demonstrations in the Kurdistan region of Iraq requires written authorization for all demonstrations from the regional interior minister or local administrative unit. If permission is denied, protesters can be charged with a crime.

“Kurdish authorities often tout the prosperity and stability of the region compared to other parts of Iraq,” Coogle said. “But there is nothing to be proud of the pre-emptive arrest of activists, opposition politicians and journalists simply for organizing, attending and covering peaceful political protests.”