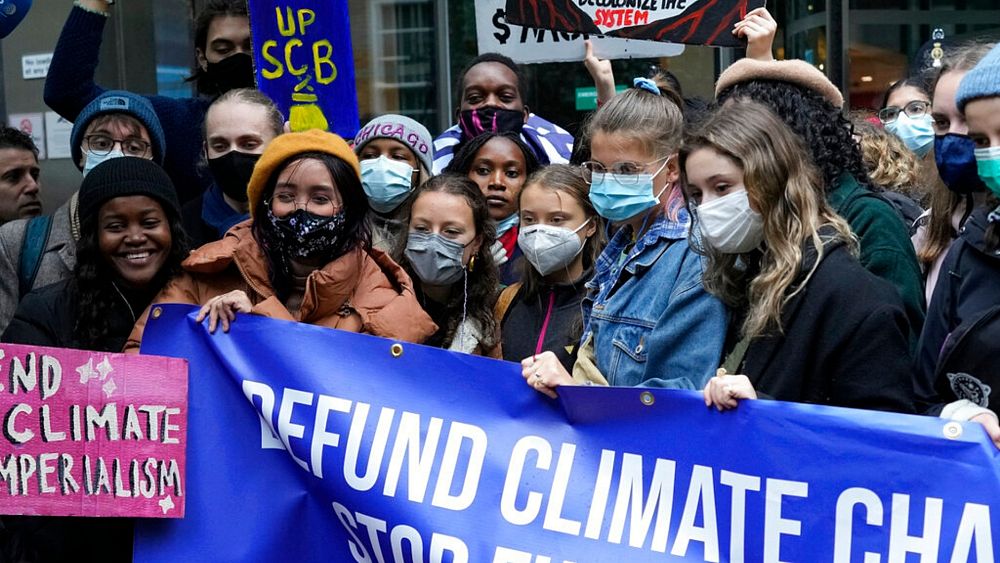 “Leave no one behind”: what does a successful COP26 look like for climate activists?

100,000 people are expected to take to the streets around COP26 on November 6 to demand meaningful action.

Led by indigenous peoples and communities on the front lines of the climate crisis, the march will be made up of a diverse alliance of groups. Together, they demand â€œfair and equitableâ€ solutions to the climate crisis at the UN summit.

Alongside them, tens of thousands of people in cities around the world are expected to participate in the action organized by the COP26 Coalition.

“The decisions taken at COP26 will shape how governments respond, or not, to the climate

crisis. They will decide who should be sacrificed, who will escape and who will make a profit, â€explains Quan Nguyen of the COP26 Coalition.

â€œThis conference takes place at a crucial moment in history. Across the world and across movements, we are witnessing a new wave of resistance, global solidarity and grassroots organizing. “

But they aren’t the only groups hoping to push world leaders to take meaningful action in Glasgow. Some say the actions around COP26 could be the biggest protests Scotland has seen since the protests against the Iraq war in 2003.

Marginalized voices ask to be recognized

On Monday, October 25, indigenous leaders from Minga IndÃ­gena led activists and visitors on a tour of the British Museum. Panchita Calfin, an indigenous elder from the Mapuche nation in Chile, held an unauthorized healing ceremony in the Americas section of the museum.

The action took place a week before COP26 and now Minga IndÃ­gena members are heading to Glasgow to pressure negotiators and politicians, asking them to recognize the importance of climate and ecological justice.

â€œHistorically marginalized indigenous peoples have the right to participate in these talks,â€ says Calfin Lafkenche, Minga Indigena’s senior coordinator. â€œThe climate negotiations do not take into account the needs of indigenous peoples. “

â€œClimate change is the biggest problem today. For COP26 to be successful, it must recognize the ongoing historical, systemic and institutional injustices. It must place climate justice at the heart of its decision-making. “

Greenpeace said there will be people inside and outside the summit. The global campaign network hopes that COP26 can bring meaningful commitments.

She says we must see a quick end to the the era of fossil fuels including the immediate end of all new fossil fuel projects.

â€œThere must be ambitious emission reduction plans that would halve global emissions by 2030, with the richest countries moving the fastest. And there must be a rejection of plans to open a global market for carbon offsets because it is a scam, it will not work and it will only delay real action.

But to get all countries at COP26 to adhere to these three things, she explains that substantial sums are needed.

“We are talking about $ 100 billion (86 billion euros) per year until 2025 – with more after that – moving from rich countries to poorer countries to adapt to a warming world and decarbonise. “

On top of that, climate justice must be in the foreground. She says less developed countries must be compensated for damage already caused by climate change.

â€œThe biggest historical polluters must show solidarity with the people and countries on the front lines of climate impacts. This is the right approach.

School strike for the climate

â€œClimate justice also means social justice and that we leave no one behind,â€ she tweeted.

Railroad staff, garbage collectors and municipal cleaners have said they could lobby for better wages during COP26. Thunberg called on those planning to strike during the summit to attend the march, which will run from Kelvingrove Park in west Glasgow to George Square in the city center.

Last week she told the BBC that â€œchange is going to happen when people demand change. So we can’t expect everything to happen at these conferences.