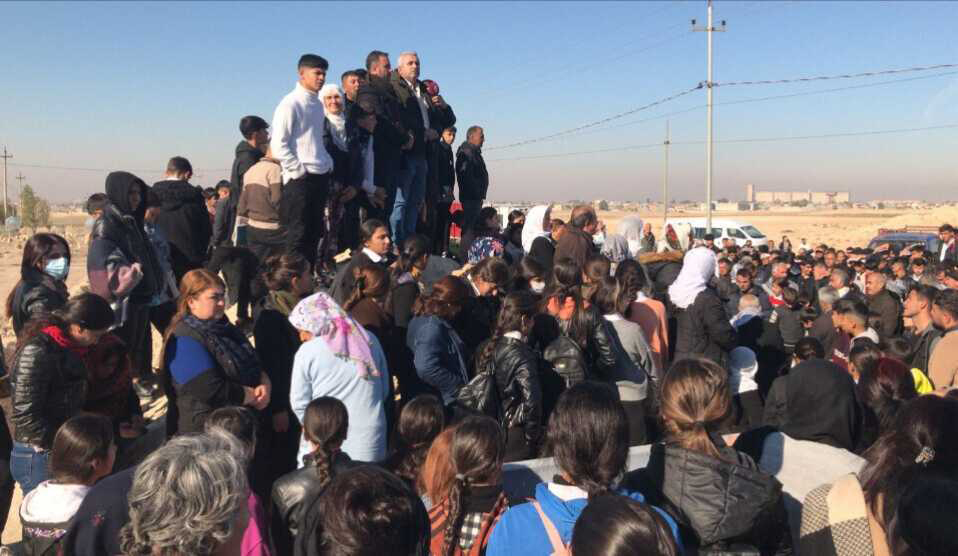 REFUGEES in Makhmour camp in northern Iraq repelled an attempt by troops to put it under siege today in a move residents claimed to be led by Turkey.

Hundreds of people rushed to defend the perimeters of the camp yesterday morning as members of the Iraqi armed forces began putting up barbed wire fences.

They gathered at the Iraqi checkpoint and blocked the troops’ path, preventing them from taking control of the UN-administered refugee camp.

“The Iraqi security forces wanted to besiege the camp and we organized a demonstration against them,” English teacher Cemil Mijini told the Morning Star.

“I think Turkey threatened Iraq and told them they had to take control of the camp. They don’t want us to control it, ”he said.

Iraqi forces withdrew and told camp officials they would arrange to meet with a delegation in Baghdad for talks to resolve the dispute.

The camp, known to locals as the Martyr Rustem Cudi Refugee Camp, is home to around 12,000 Kurds, the majority of whom fled Turkey during forced assimilation operations in the 1990s.

He is frequently targeted by Ankara, with President Recep Tayyip Erdogan calling him an “incubator of terrorism” linked to the Kurdistan Workers’ Party (PKK).

Over the summer, he authorized missile strikes that killed three people after warning the United Nations that it would act as a member state if the organization failed to “clean up the camp”.

In December, Makhmour, which is in one of the contested areas between the Iraqi federal government and the Kurdistan regional government, was attacked by Isis.

Security sources told the Morning Star earlier this month that the jihadist resurgence is inextricably linked with Turkey’s occupation of Iraqi sovereign territory.

Makhmour has been under blockade since July 2019 after a Turkish intelligence official was shot dead in Erbil, the regional capital of Iraqi Kurdistan. No one from the camp has been charged with the murder.

Locals believe the camp is being targeted because it operates under the principles of democratic confederalism, the ideology developed by jailed PKK leader Abdullah Ocalan.

“The residents of Makhmour refugee camp will never surrender. They will never bow to the attempts of the PDK and the Iraqi government. Makhmour’s resistance is total! camp officials told the Morning Star.

The self-administration system there is seen as a threat both to the semi-autonomous region of the ruling KDP in Iraqi Kurdistan and to Turkey, which is also targeting similar projects in northern Syria, officials say. of camp.

At least five members of the Revolutionary Youth Movement and the Union of Young Women were killed after being the target of a Turkish drone strike on Kobane in northern Syria on Christmas Day.

In a joint statement, the groups pledged revenge on their “martyrs”.