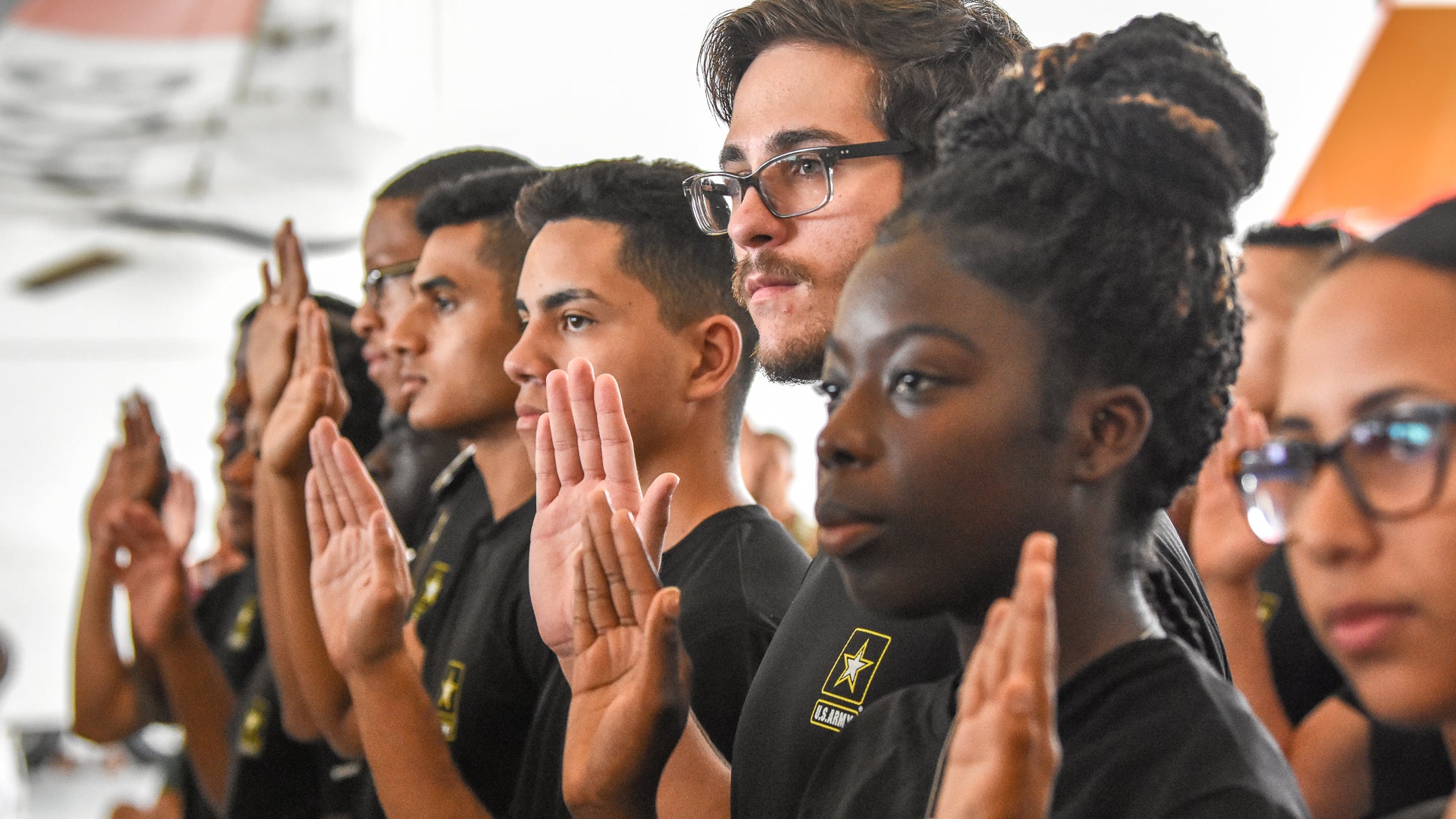 Retired Lt. Gen. Gregory Newbold’s recent commentary seeks to underscore the importance of having an army consistently focused on lethality. He emphasizes that to win wars, military and civilian leaders must make lethality the top priority – lethality Is win battles and counter gratuitous human casualties for our forces. Lethality East critical.

“To be true to its purpose,” argues Newbold, “the US military cannot be a mirror image of the society it serves.”

It’s not inclusivity — gender integration, racial diversity, or “gentleness” — that’s not the problem. To make such a sweeping claim, without providing research or statistics to back up the claims, and glossing over important nuances, is irresponsible and oversimplifies the complex issues of the 21st century.

The fundamental problem is the civil-military divide: the gap in life experiences, philosophies, and geography that exists between civilians and the military. Solid paths to shrinking it are hard to find. But that’s what kills lethality. Inclusiveness is one way to help address this. Superiority on the battlefield in today’s world is facilitated by recruiting, and then the ability to retain, young people in the military. And that’s especially important when China has 2 million people in its ever-growing armed forces, compared to 1.3 million in the US military. Inclusiveness starts with our youngest recruits.

Attracting new recruits will require continuous military cultural changes. Gen Z includes young people currently born between the ages of 10 and 25 — high school and college graduates the DoD wants to recruit — and will do so for years.

Studies show that Gen Z has different cultural values ​​than Gen Y and Gen X. Cultural change is uncomfortable and frustrating, but whether or not older generations agree with these changing values ​​does not matter. doesn’t really matter. These changes will happen regardless.

The military must care about Gen Z values ​​if it expects a large enough pool of potential recruits. And Gen Z cares about things like individual expression and authenticity, openness to understanding different cultural and social groups, social and corporate responsibility, and ethics. And they are “radically inclusive”.

And common sense says that “sensitivity” (or, as Newbold also suggests, “compassion”) could improve suicide rates or sexual violence rates. Or it could energize the focus on fixing horrible barracks conditions and taking care of little things like dumb military rules.

Recruiting a sufficient all-volunteer force from today’s small pool of young people is difficult enough when more than 70% of them are ineligible for military service due to lack of education, health or legal issues. Advancing the military culture helps spark a little more interest in potential recruits.

Lethality also takes a hit when we lose so many female service members each year. 30% more women than men separate each year due to issues such as outdated policies, lack of family planning options and decent care, and sexual violence.

Fortunately, some general officers have finally caught on to the idea that taking better care of their personnel, instead of relying on industrial recruiting and mass turnover, will create a more lethal force with more maturity, better career flexibility and better retention of knowledge. It’s talent management, not just “compassion”.

What drives people to leave the military? Racism, harassment, toxic leadership, bureaucratic idiocy, and people who feel like they have no control over their lives and their future. Generation Z will not be attracted to joining an army that is not dedicated to a little progress.

Newbold further argues that highlighting differences undermines cohesion and morale, leading to failure, observing that Critical Race Theory (CRT) is nation-destroying and divisive. But critical race theory is not destructive. The fact that most Americans don’t know what it is, or embrace lies about it, is what is destructive. And to say that strength is color blind is a big middle finger for people of color whose experiences tell us that military color blindness is a mistake.

Meanwhile, Newbold’s “scientific evidence” doesn’t add up on lethality-damaging gender mainstreaming. Take the Marine Corps: As of March 2020, there were 231 female Marines serving in combat arms cantonments. Two women have passed the Infantry Officer Course and there are no female Marine Raiders.

Changing the norms so that women are pushed into combat training anywhere in the military is wrong and hinders true inclusion and equality. But the military and civilian leaders who truly believe that a few hundred women serving alongside 30,000 infantry are what will keep the Marine Corps from winning the next war are more problematic.

Additionally, it is difficult to make gender mainstreaming “work” when the women who serve still don’t have properly fitted body armor and still struggle with body composition norms ingrained in gender science. beginning of the 19th century (which harm both women and men).

And the idea that a woman could have a ponytail and seeing properly under your kevlar is so upsetting that the Marine Corps still hasn’t allowed women to wear hairstyles like braids or ponytails, despite other services already making changes.

Nobody wants simple policy changes — like a ponytail memo — to take years to write. But that’s what’s happening. Inefficiency at the highest levels of slow military bureaucracy. It is this continued reluctance to adapt to a changing world that undermines lethality.

This bureaucracy breeds poor and misguided use of military force by civilian politicians. The Obama administration is always known for its haughty indifference to the military. Assuming victory in Iraq was guaranteed, then-President Obama pushed aside his military advisers and created a tidy power vacuum for ISIS in 2011. On the other end of the spectrum, the Trump White House is known for its hyper-military patriotism and deploys almost active forces. – service forces in US cities in 2020. More recently, President Biden “dismissed” the military’s investigation into last summer’s withdrawal from Afghanistan. His denial underscores the corrosive friction and distance between politicians and military leaders. This is what hurts ground troops the most.

The three administrations represent the dangers of this division and how it leads to a fundamental misunderstanding of the nation’s armed forces and an inability to understand how to use them most effectively and wisely. This “chickenhawk” mentality undermines lethality and kills US military personnel.

Closing the gap is a two-way street – kind of like understanding how the five love languages ​​work – knowing which love language you prefer is great. But that means nothing if you don’t speak your partner’s language. While civilian politicians need to know their Department of Defense better, military leaders cannot be strangers to civil society and its inevitable cultural shifts.

The refusal to learn the other’s language is dangerous. It is perhaps in the pursuit of military service that veterans have a responsibility to help bridge the gap between those who are still serving and those who never will.

As former Secretary of Defense Robert Gates noted in 2010, “there is a risk over time of developing a cadre of military leaders who politically, culturally and geographically have less and less in common with the people they have sworn to defend”.

A changing, all-volunteer army that takes better care of people with compassion and sensitivity is no weaker. It is a modern and better model that reflects an all-volunteer force ready to win on the next battlefield.

What’s hot on Task and objective

Want to write for Task & Purpose? Click here. Or check out the latest stories at our homepage.

Steny Hoyer and Tory Democrats Must Go – The Towerlight

How disconnected is the American political process from economic reality?