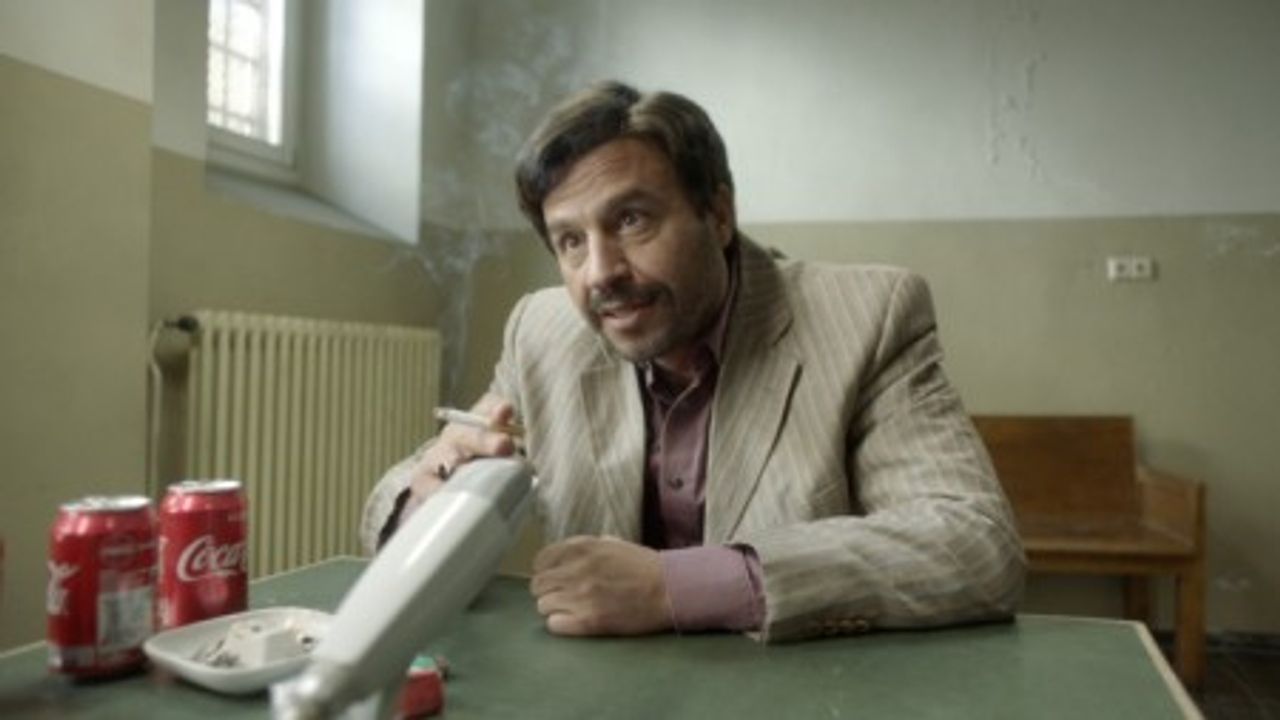 Operation Curveball: a German political satire on the preparation for the war in Iraq

Directed by Johannes Naber; written by Naber and Oliver Keidel

Operation Curveball by German director Johannes Naber puts a knife back into a wound that many members of the U.S. and German intelligence communities and governments no doubt long hoped to have healed – the way the U.S.-led invasion of Iraq in 2003 was based on entirely fraudulent facts and false justifications.

Naber has directed a number of notable films, including the drama about immigrants Albanian (2009), Age of cannibals (2013) and Stone heart (2019).

At the premiere of Operation Curveball During the Berlin International Film Festival 2020, a festival representative presented the film but said it could not read its title. The festival simply listed it as “Untitled”. The name of the film has been the subject of a lawsuit in the United States. After seeing Operation Curveball, one can understand why the American and German intelligence agencies exerted considerable influence to prevent its dissemination.

BND chief Schatz (Thorsten Merten) is eager to outsmart the CIA and be the first to prove Iraq has the dangerous nerve gas. An opportunity opens up when an Iraqi asylum seeker in Germany, Rafid Alwan (Dar Salim), claims to have worked as a chemical engineer in Iraq and to have extensive knowledge of the country’s chemical weapons program.

After three decades of wars led by the United States, the outbreak of a third world war, which would be fought with nuclear weapons, is an imminent and concrete danger.

Wolf is in charge of interrogating “Curveball”, the pseudonym given to the Iraqi engineer. In exchange for revealing what he knows (in fact, a bunch of lies and inventions), Alwan demands that he be released from his incarceration in a German asylum center and that he be granted citizenship.

After a series of interrogations, Alwan takes a clue from Wolf himself and reveals that the reason for the failure of all intelligence services to find Iraqi WMDs is the Hussein regime’s “ingenious” use of trucks and of trains to move the huge chemical tanks. containing dangerous gases. Absurdly, the two men agree on a childish and childish diagram drawn on a napkin supposed to show a truck mounted with the huge tanks. Finally, the BND management has a scoop to present to its American â€œcousinsâ€ – and it is champagne by all accounts for those concerned. The German Chancellor at the time, Gerhard SchrÃ¶der, also sends his congratulations to the BND.

Desperately seeking evidence to justify US intervention in Iraq, the CIA is all too willing to accept the scraps of the BND table. He organizes the kidnapping of “Curveball” in Germany in order to present it as his own source. Feeling obligated to the Iraqi fraudster, BND asset Wolf tries to save him in a hilarious escape scene.

Wolf confronts the CIA agent responsible for the kidnapping plan and argues for reliable evidence. The American agent is unrepentant: “Truth does not count, only justice matters. Wolf goes on to ask what gives the CIA the right to distort the facts. “We do the facts,” replies the female agent.

Towards the end of Operation Curveball, Documentary footage is shown of US Secretary of State Colin Powell’s infamous presentation to the UN Security Council in February 2003, in which he regurgitated Curveball’s lies to justify America’s subsequent attack against Iraq. In his report, Powell said Iraq’s weapons program included “biological weapons factories on wheels and rails,” a “vast underground network” to supply “its deadly biological and chemical weapons programs. And obtaining “enough fissile material to produce a nuclear explosion.” All of this, according to the Secretary of State, represented “facts and conclusions based on solid intelligence.”

Powell’s presentation included a sketch of a truck loaded with chemical vats based on the original drawing of the Curveball paper towel. According to a senior US official, Curveball’s lies were “the main pillar” of Powell’s report to the UN. Sitting at the UN meeting is German Green Party leader Joschka Fischer, quietly listening to Powell’s report. BND biologist (meanwhile licensed) Wolf watches Fischer at home on television and asks: “Why isn’t he saying something?” “

that of Naber Operation Curveball graphically demonstrates the duplicity and criminality of Germany’s role in the Iraq war. As chancellor, SchrÃ¶der has publicly stated that the German government is opposed to a new war in the Middle East. Meanwhile, the German intelligence agency was providing the lies Washington was using to legitimize its assault on Iraq in the name of the “war on terror.”

Naber wants to counter what the director claims to be “a misrepresentation here, an idealized idea of â€‹â€‹how we Germans operate in the world.” It is important, he argues, to tell the truth and to question the role of the secret services and politicians at the time, such as Fischer, SchrÃ¶der and Steinmeier: â€œSo that children in school cannot more to learn that we were the good ones when it came to the war in Iraq.

To accentuate the comic effect of his film, Naber presents the great figures of the BND as provincial careerists enslaved to their American counterparts. In doing so, however, the director runs the risk of seriously underestimating the methods and character of the German ruling elite, which has been trying to achieve greater independence from the United States since the reunification of the United States. Germany in 1989-1990 and once again flexed its ruthless imperialist muscles.

In this process, the ruling class draws inspiration from the traditions of Nazism. The BND itself emerged from the Gehlen Organization (1946-1956), named after Reinhard Gehlen, Hitler’s intelligence chief on the Eastern Front during World War II. After the war, he was recruited by the CIA and directed German intelligence from 1956 to 1968 in close collaboration with American intelligence.

The American bombing and invasion of the Iraq war began a month after Powell’s testimony. Naber’s film ends with statistics detailing the massive loss of Iraqi lives in the ensuing carnage, a mass murder for which Germany also bears direct responsibility.

Operation CurveballThe end credits also note that “the head of the state chancellery at the time is the current Federal President”, that is to say the Social Democrat Steinmeier. This credit was greeted with applause from the Berlin Festival audience who clearly endorsed this unmasking of Germany’s main moralizing warmonger.

Wars like Vietnam and Afghanistan doomed without congressional approval